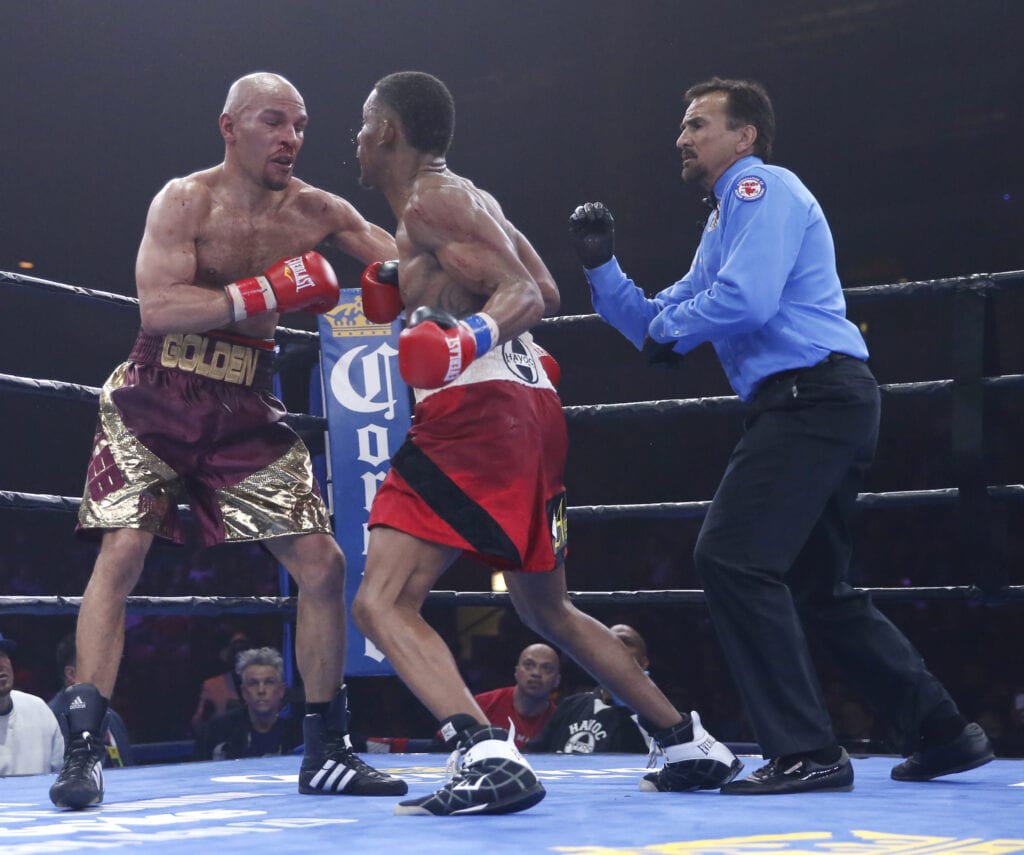 Former world champions square off as Peter “Kid Chocolate” Quillin faces Minnesota-native Caleb “Golden” Truax in a 12-round IBF super middleweight title eliminator that headlines a PBC on FS1 and FOX Deportes card on Saturday, April 13 from The Armory in Minneapolis.

Boxing out of Osseo, Minnesota, Truax (30-4-2, 19 KOs) pulled off one of the biggest upsets when he traveled to London to defeat James DeGale and become a 168-pound world champion in 2017. The 35-year-old lost a hard-fought rematch to DeGale in 2018 and won a third-round stoppage of Fabiano Soares at the Armory in his last bout in August.

“Peter Quillin is someone I’ve wanted to fight since I first sparred with him in 2012,” said Truax in a press release.  “I walked away from that experience confident that I could get the job done if we were ever matched together. The fact that it’s taking place at home in Minnesota is even better because my fans are going to give me a huge advantage. My goal is to get back into title contention and win my second world title.”

The former middleweight champ Quillin (34-1-1, 23 KOs) was victorious in his second bout at super middleweight, defeating J’Leon Love last August by unanimous decision. Born in Chicago and raised in Grand Rapids, Michigan, Quillin has called Brooklyn, N.Y. home during his boxing career that saw him win a world title against Hassan N’Dam in 2012 and defend it three times. His only loss came to Daniel Jacobs in 2015 after battling former champion Andy Lee to a draw earlier in 2015.

“I’m approaching this fight very seriously because I know Truax is a durable guy who knows how to fight,” said Quillin to the media. “He comes from a background where people don’t give him credit for what he’s done, and those are the most dangerous guys. I’m no stranger to fighting in my opponent’s backyard. My job is to go into the ring and go home with the win. I’m looking to walk away with some of his fans on my side by winning the fight and putting on a great performance.”