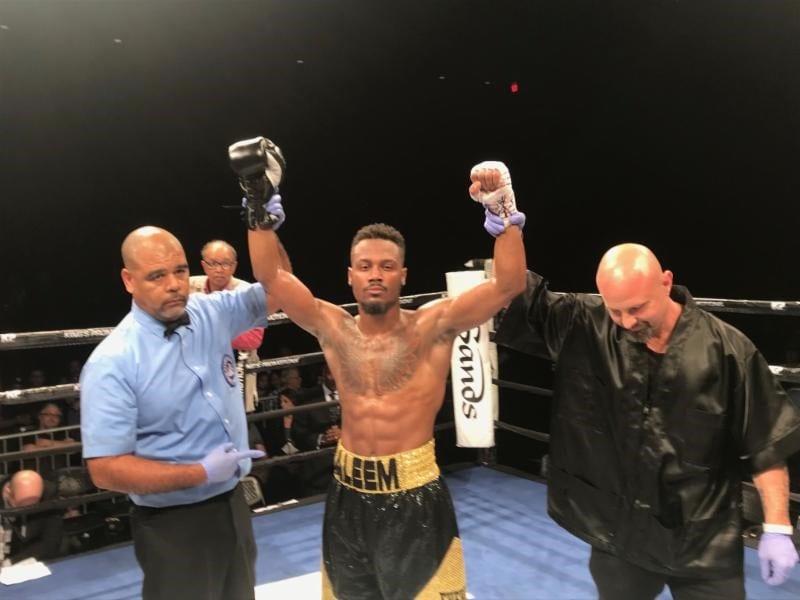 Undefeated super bantamweight’s Raeese Aleem and Ernesto Delgadillo will meet in the eight-round main event of a big night of boxing that is set fro Friday night, August 23rd at The Arabia Shrine Center in Houston, Texas. The 11-bout card will be promoted by King’s Promotions and ForceTrain Promotions.

Aleem of Las Vegas, Nevada has a record of 14-0 with eight knockouts. The 29 year-old Las Vegas native has been on a roll as he has knocked out his last three opponents, with the latest being a 1st round stoppage over the durable Ramiro Robles on May 10th in Philadelphia. Aleem also has defeated two undefeated foes in Marcus Bates (8-0-1) and DeVonte Allen (4-0-1).

Delgadillo of Dallas, Texas has a record of 11-0-2 with two knockouts.

The 25 year-old Delgadillo has quality wins on his resume over Josue Morales (1-0-1), Bryan Aquino (11-1) to win the WBC USNBC Super Flyweight title.

Henderson of Fayetteville, Arkansas has a record 12-0 with eight knockouts.

On December 7, 2018, Henderson captured the UBF Intercontinental Title with a 7th round stoppage over Brandon Robinson (11-1) in a fight that was awarded The Philadelphia Fight of the Year.

Henderson is coming off a 3rd round stoppage over Antowyan Aikens on May 10th in Philadelphia on the first ever War Fare Sports Card. 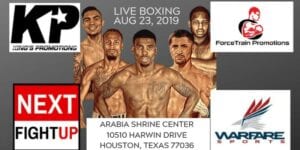 Marcus Bates (9-1-1, 8 KOs) of Washington, DC fights an opponent to be announced in a bantamweight contest.

Jasmine Crawford (1-0) fights Miranda Reyes (1-0) in a battle of undefeated Houston based welterweights.

Joseph Rivera (5-1, 3 KOs) of Houston takes on an opponent to be named in a super lightweight battle.

Hrgovic back in action in August
Lara, Quillin-Truax on Armory bill in August
Advertisement
To Top
We use cookies to ensure that we give you the best experience on our website. If you continue to use this site we will assume that you are happy with it.OkPrivacy policy