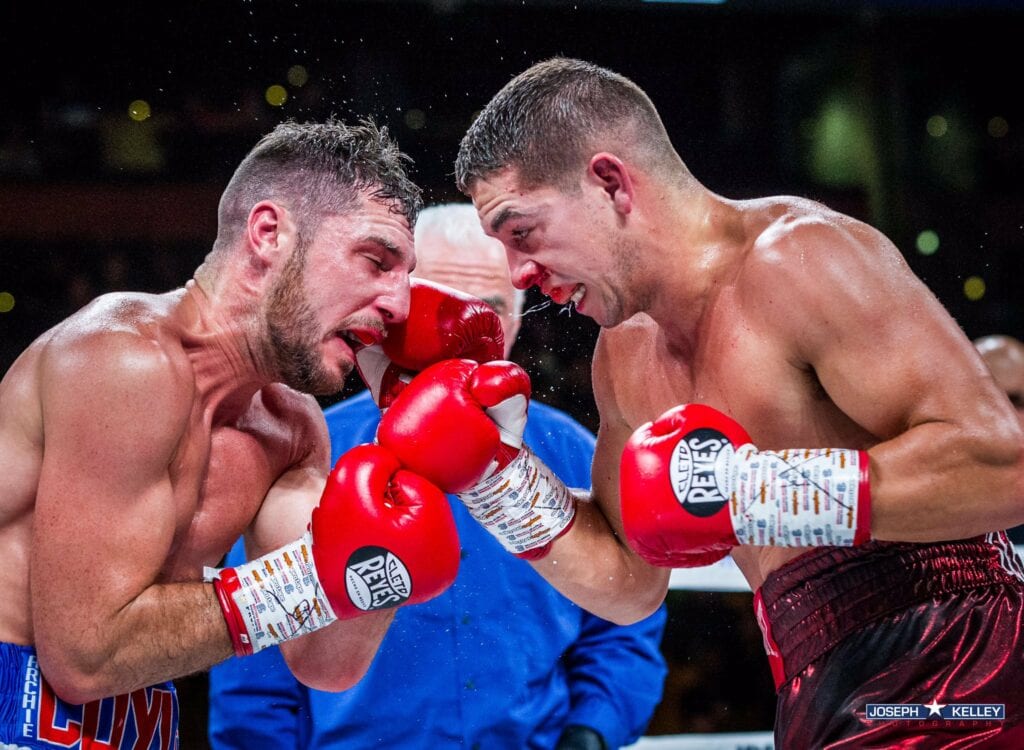 Friday night at the Melrose Ballroom in Melrose, Massachusetts outside Boston was the location for the 33rd Fightnight Live boxing card. The fight card which aired was streamed on Facebook Live had a main event in which pitted Greg “The Villian” Vendetti take on Alan “Muñeco” Zavala in a solid Super Welterweight fight which had Vendetti winning at the end of the bout by majority decision over a game Zavala.

The 10 round contest was highly spirited as both fighters started out trying to dictate of the match pace and not try to feel each other early. Vendetti with the hometown crowd begin him was able to throughout most the fight was able to get to Zavala using his left to lead into rights and other punch combinations. Zavala however, was game for this fight and was working to counter using his power and his left hook for the majority of the bout.

As the later rounds grew on, however, you can see Vendetti taking over and able to be the aggressor as it went on. For Zavala tho, he kept up with him and had moments where he was able to counter back. This was definitely a fun fight to end the night.

After it was all said and done, the fight went to the scorecards and the judges had Vendetti winning by majority decision.

Vendetti (21-3-1, 13 KOs) leaves out of this fight in his native Boston stomping ground rebounding from a stoppage at the hands of Michel Soro out in France last December. Zavala, (15-4,13 KOs) takes a step back with this being his second straight loss after losing to  Travell Mazion last September on the Jorge Linares-Abner Cotto card.

This fight, as well as the entire fight card which was sponsored by the music group Dropkick Murphys, can be seen here and below.