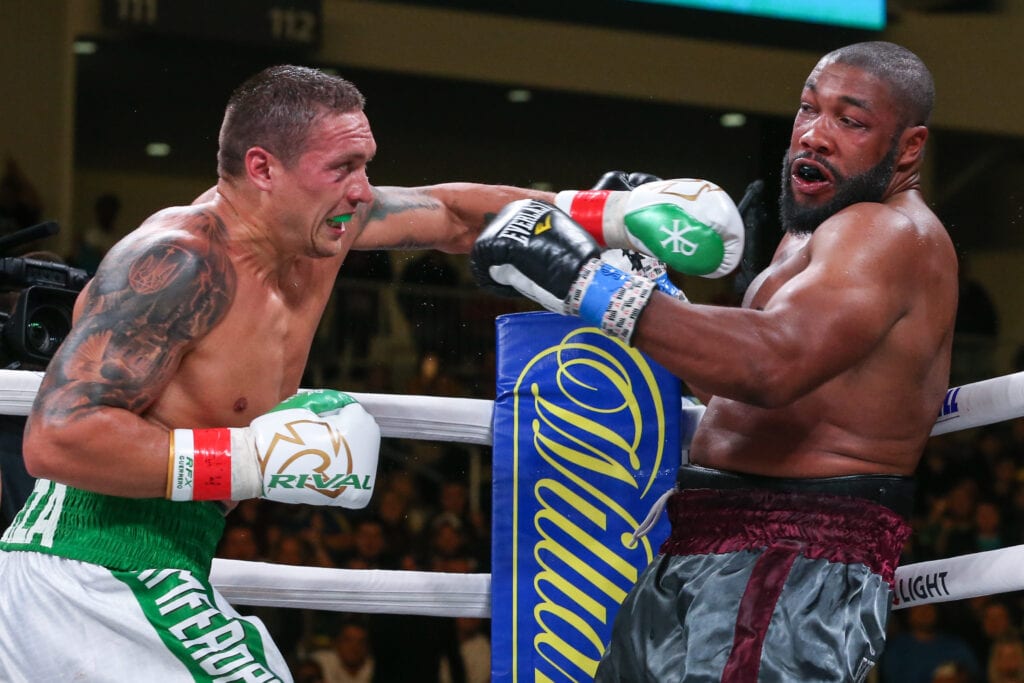 Is Usyk ready for the big names at heavyweight?

It’s been a long time coming for Oleksandr Usyk last night but it finally happened when he made his heavyweight debut, taking care of late-minute replacement Chazz Witherspoon via stoppage at the end of the six-round in Chicago on DAZN last night.

The question that was being asked around boxing social media last night was is Usyk ready for the big names in the heavyweight division?

The answer after last night’s performance is that it doesn’t matter. Usyk is still the WBO mandatory contender and it’s honestly out of his control as we will need to see how things shake out in the Andy Ruiz-Anthony Joshua rematch at the end of the year. After that contest, we’ll see if the big names in the heavyweight picture take on the undefeated Usyk or keep him out of the loop. The only thing that is certain is Usyk will have a shot at someone and it won’t be Usyk-Witherspoon 2.

For Usyk last night the goal was as simple as win and wait. Which everyone expected before the opening bell as Witherspoon was a 40 to 1 underdog going into it. It didn’t matter if Usyk bombed Witherspoon in the first 90 seconds or wait until Witherspoon ran out gas as he did visibly in the ring, it was just win.

“I believe I will add more weight for my future fights,” Usyk (17-0, 13KOs) said in the post-fight press conference. “Coming in heavier isn’t a problem but I want to do it the right way, to make sure I don’t lose any of my speed.”

Usyk came into the contest with Witherspoon at 215 pounds, which seemed to be his standard weight when he was taking over the Cruiserweight division the day of fights.

“The difference between cruiserweight and heavyweight is the dynamics,” declared Usyk, who wore a bruise under his right eye. “I can feel the power more at heavyweight, due to the (opponents) being heavier.

“I think the best way of avoiding heavyweight power is to defend myself better, not to get caught with those big punches

He’ll have time to work on that, but reading the match into anything more than what felt like Usyk getting some rounds in the main event in Chicago after a layoff due to injury last night is a reach.