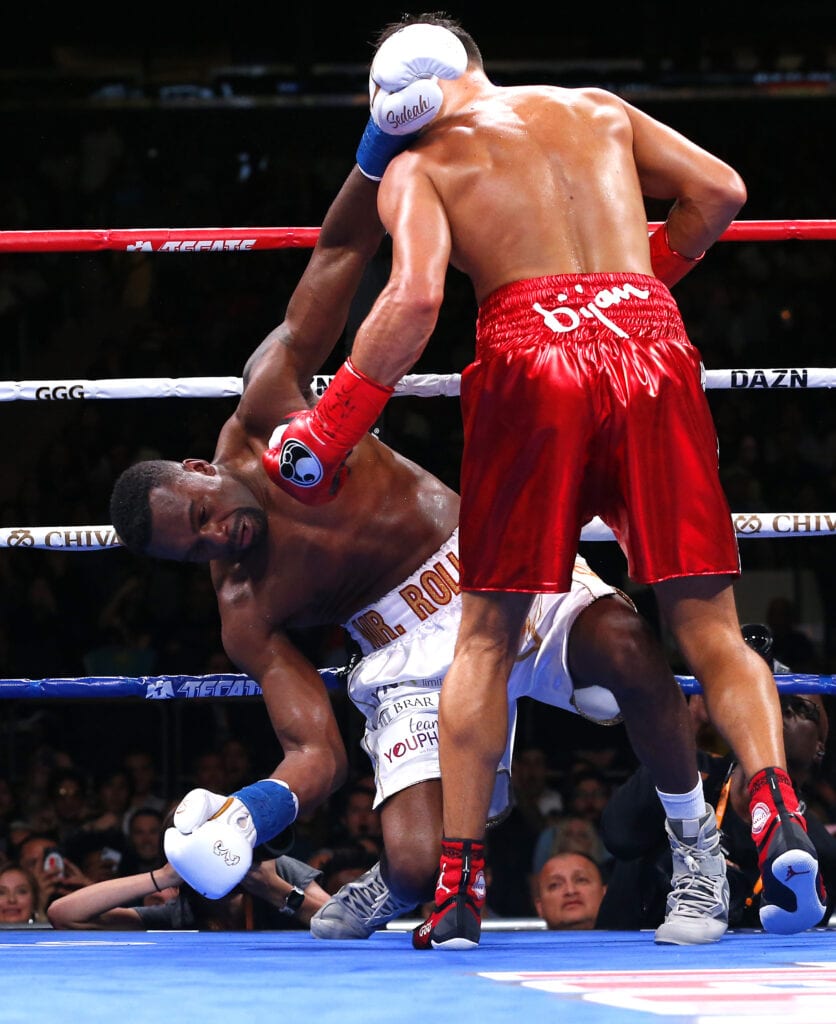 In what was the knockout fight of the weekend, Gennadiy “GGG” Golovkin in his first for the streaming service DAZN, knocked out Steve “Mister” Rolls in the fourth round of their contest Saturday night at Madison Square Garden in New York City.

The fight attended by an announced crowd of 12,357 at the mecca for boxing, while not as packed as the Joshua-Ruiz sellout fight from last week held there, was still vocal nonetheless for the contest and in their support for GGG who did not disappoint with a vicious left that sent Rolls to the mat in the fourth round.  Before that knockdown and stoppage, Rolls had some success in my view using his jab in the early rounds, which is something you can hear echoed by his corner during the broadcast of the fight. As the third round came around, however, you can see GGG taking control and landing combinations at will especially by the guard of Rolls.

I love knockouts,” Golovkin said after the fight. “I love New York. It was a great night all around.”

While the ring rust of a nine-month layoff was noticeable, that vanished in the fourth when he landed a left to the face of Rolls that sent him down face first. He tried to get up, but there was a great shot on the look of his face looking back at referee Steve Willis that showed that he was no longer able to continue in the fight and at 2:09 in the fourth round, Golovkin became 39-1-1 with 35 wins by knockout.

With this fight over, GGG was asked about boxing’s worst kept secret and his eventual third fight with Canelo Alvarez.

I think with Golovkin’s age of 37, Alvarez’s name and the fact that the whole boxing community is talking about it leading up to this fight, I think it’ll happen sooner if not next.