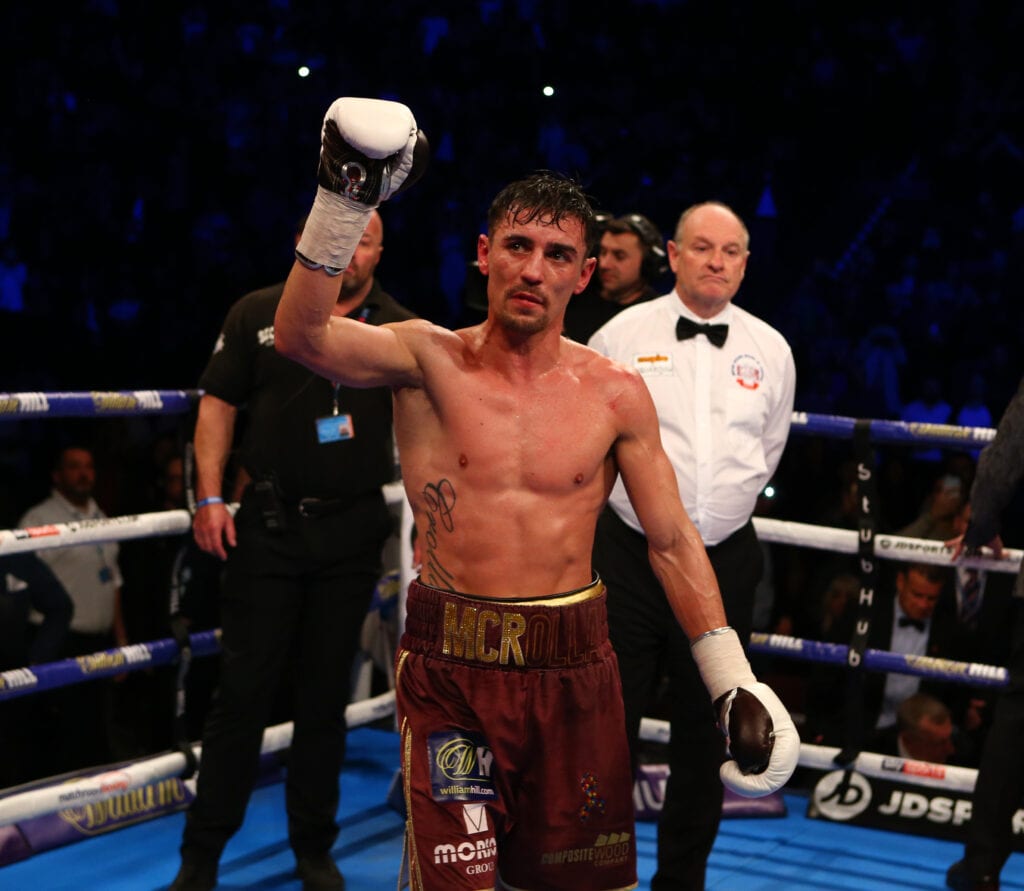 It was a final bout for former titlist Anthony Crolla and it wasn’t a historic victory against Frank Urquiaga but a very generous one on the scorecards which saw a majority decision with cards all over the place.

One judge Michael Alexander scored it a draw, 95-95, which could be filed under “fair enough” as several rounds were close. But it was difficult to see how Howard Foster came up with a score of 97-93 in favor of Crolla and Steve Gray’s 98-92 seemed a little off. Watching the fight myself, This fight honestly had draw written all over it with a lot of swing rounds which saw both not sticking out from one another.

This last fight for Crolla, was shaping up to be a draw,

After the fight, Crolla said in the ring he is done.

“I definitely thought I had done enough, but I know time is up now,” Crolla said after the fight. “I’ve had a great career and I’ve loved every minute, but I know it is time to go now.”

When asked about it having it sunk in being his last time, Crolla downplayed and just tried to focus on the action in the ring.

“I tried my best to block it out, but I had a lot of nice messages today and that made me a bit emotional,” Crolla stated. “I done the best I could and enjoyed the ringwalk, enjoyed the fight but I also knew that’s enough now, I’m past it. I don’t want to hang around to be a stepping stone for some of the fighters coming through. It’s great to go out with a win and there is nowhere else I would rather do it than Manchester.”

“I set out in this game with two goals, one was to get a house, to make life a little bit easier for the family; the other was to win a world title. Thankfully I worked hard, Eddie (Hearn) provided me with the chance and I took it and I lived the dream.”