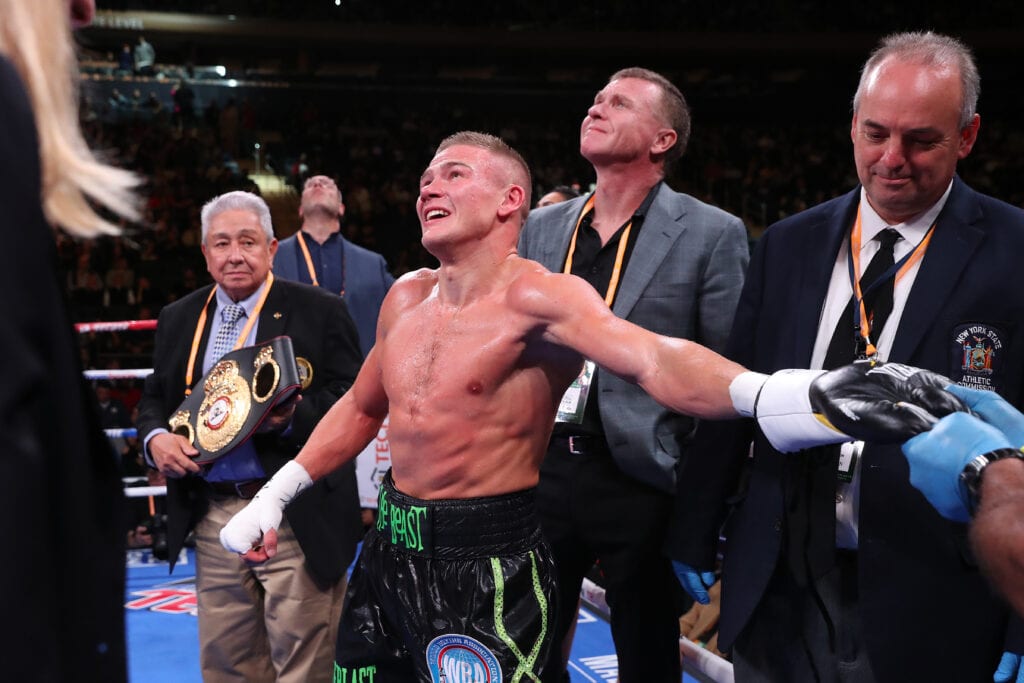 Ivan Baranchyk and Brian Ceballo both provided remarkable performances on Saturday night at Madison Square Garden as each fighter registered stoppage victories on the undercard of the Gennady Golovkin – Sergiy Derevyanchenko card.

Former IBF Junior Welterweight world champion, Baranchyk stopped tough New Yorker Gabriel Bracero in the 4th round of their scheduled 10-round bout, while Ceballo took out previously undefeated Ramal Amanov in the 3rd round of their welterweight tussle.

Baranchyk came out throwing hard punches early as he was looking for an explosive early knockout. In round two, Baranchyk started getting to Bracero and opened a cut over the right eye of Bracero. In round four, Baranchyk landed two hard body shots that were followed by a jab and big right that forced Bracero to hold on and eventually fall to the canvas. When Bracero got to his feet, the fight was waved off at 1:30.

With the win, Baranchyk will look for another significant opportunity with a record of 20-1 with 13 knockouts.

“The Beast is back. This is my message for everybody,” said Baranchyk. “This is a good opponent, and I am back. I fought opponents that were dirtiier and I was prepared for that. Pedro Diaz is my guy as a trainer.”

Ceballo was fighting in front of a hometown crowd and continued his ascent of the prospect rankings as he was dominant in his surgical dissection of Amanov. 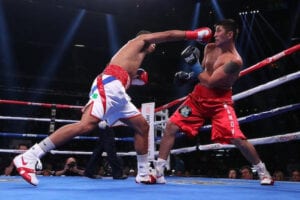 Ceballo cut Amanov’s left eye early in the fight, and the New York native started landing more and harder as round’s two and three commenced. In the 3rd round, Ceballo landed a hard flurry of punches that forced the stoppage at 1:20.