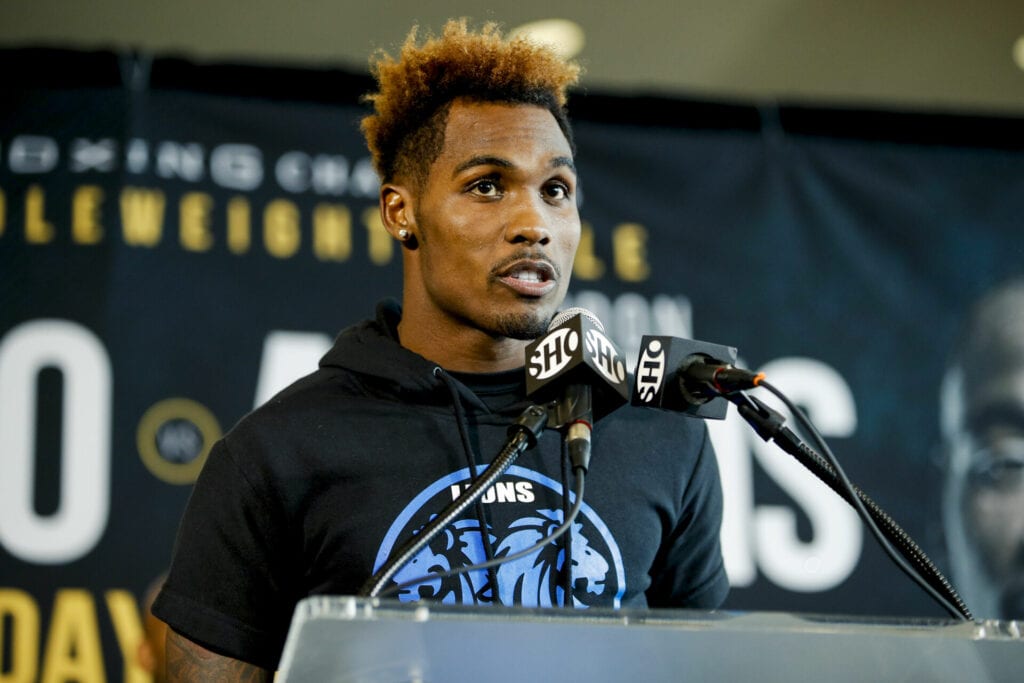 Tonight in his hometown of Houston, WBC “interim” middleweight champ Jermall Charlo gets a big opportunity to showcase himself to the entire country on premium cable. Showtime boxing will show his latest title defense in what he hopes will be the next step in gaining leverage towards a big-time unification title fight down the road.

First, Charlo, who is 28-0 with 21 KOs, will take on Challenger Brandon Adams in a scheduled 12-rounder. Adams has a 21-2 record and is most known for having recently won season 5 of the reality boxing television show “The Contender” by winning is four bouts in a row over six months on the show.

For Charlo, he is in the ring for the first time in 2019, as the last time we saw him was a December title defense in Brooklyn, NY, against a late replacement Matt Korobov. Korobov stepped in for contender Willie Monroe who had flunked a pre-fight drug test, the week of the fight. And, while Charlo was an easy winner with a 12 round unanimous decision, the result did little to excite anyone.

Now, Charlo previously held the 154-pound IBF junior middleweight title for two years making three successful title defenses, including victories over Austin Trout and Julian “J-Rock” Williams. both in 2016. But, in fairness , that was awhile ago.

And, in the present, Charlo is fighting the week after his twin brother Jermell knocked out Jorge Cota in the third round of their 154lbs. non-title fight  in the PBC main event last Saturday from Las Vegas. So, will their be something added for Jermall Charlo to match his brothers big punching power display last week? One would think so.

Then, should Jermall Charlo do what’s expected in the NRG Arena ring , the real challenge will be after this fight.

Currently Canelo Alvarez has the WBA, IBF and WBC  “franchise” middleweight titles after his win earlier this year over Daniel Jacobs. He is obviously promoted by Matchroom Boxing and has a humongous multimillion-dollar TV network deal with DAZN streaming.

Plus, Alvarez is reportedly angling for a potential light heavyweight title fight with Sergey Kovalev this fall or perhaps, could have a third Showdown with Gennady Golovkin coming later this fall/winter.

That means it would be unlikely the Charlo would get a any kind of consideration to fight Alvarez until at least the middle of next year, if at all.

His best hope maybe against another fighter who’s controlled by Matchroom/DAZN and will be defending his version of the middleweight title simultaneously Saturday night in Providence, Rhode Island. That’s when, Demetrius Andrade will take on Madiej Sulecki in a scheduled 12-round showdown for the WBO Championship.

Andrade and Charlo are kind of in the same position, where they need each other in terms of recognition. money and another title to be gained in the 160-pound division. And, PBC and Matchroom/DAZN would come to an easier agreement on that possible fight down the road.

Now, let’s see if Jermall (and Andrade in New England at the same time) do their parts.

Tyson Fury back in action Saturday but far from big stage
Advertisement
To Top
We use cookies to ensure that we give you the best experience on our website. If you continue to use this site we will assume that you are happy with it.OkPrivacy policy