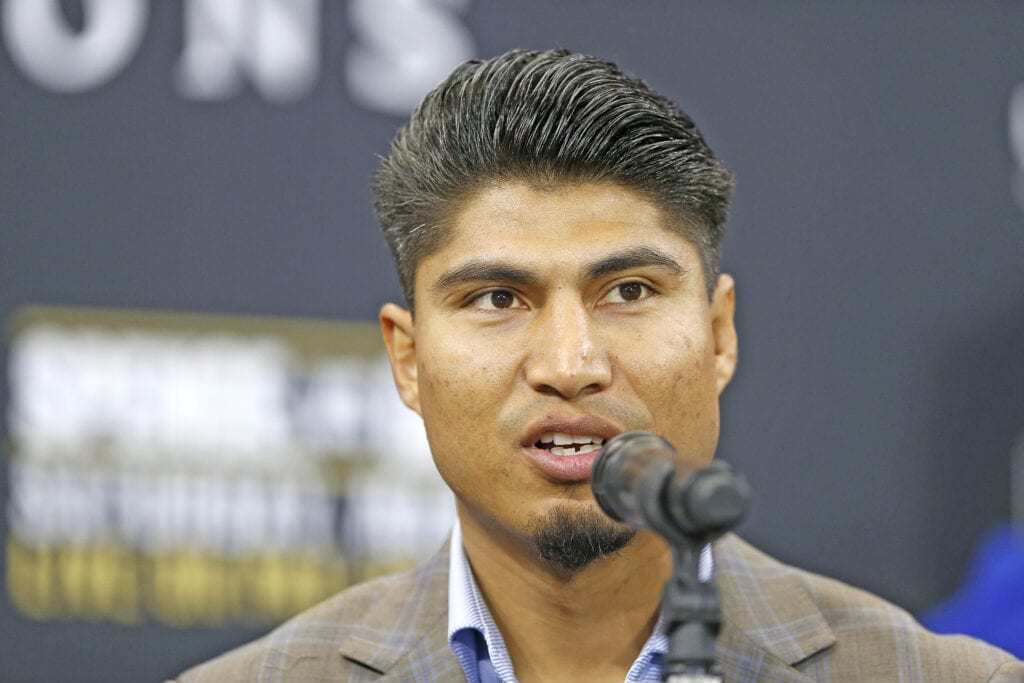 Credit Garcia for moving up in weight- caliber of opponent

Here’s another offering in advance of Saturday night’s World Welterweight Title fight in Arlington, TX with Errol Spence defending against former lightweight champ Mikey Garcia, from England’s David Payne of Boxingwriter.co.uk . David’s an authority on the present, but also the history of “The Sweet Science,” and offers some perspective on what Garcia is attempting to do:

“History, faced with courage, need not be lived again”

In some ways, analysis of this weekend’s Welterweight fist-fight between Errol Spence Junior and Mikey Garcia depends which end of the binoculars you want to look down. Influences abound. Those of recent memory, the annihilation of Amir Khan, the breaking of Kell Brook, to the asinine and unfathomable; the ‘side of the bed you rose from’, the craving to be heard in a gale of voices or the need to gamble an opinion in the pursuit of distinction. All impose themselves.

There are historians too. The Indiana Jones types, who take their whip home if you refuse to submit to the tales of Harry Greb and Mickey Walker, and etchings found in Egyptian tombs of sparring sessions with Noah and Jack Dempsey. They have modern history counterparts too, those with memories of the 80s and tales of their fathers to lean on. The Duran beat Barkley types, with a chorus or two about Homicide Hank and his reign over all of the divisions Garcia is attempting to leap on Saturday.

Beware too, for those inclined by circumstance and nurture, those for whom dreams are lost and mediocrity accepted, the lure of the underdog. The urge to will the smaller man to victory. A gladiator in our stead, standing tall against the establishment, daring to resist, to dare. There is much to draw those with a conscious or sub-conscious desire to ‘sock it to the boss’ to fall behind Garcia’s quest to overcome the natural order of things.

Factors which shape us and in turn, shape how we consider fights like Spence versus Garcia. History, as wisdom and learnings proposes, contains all the answers for the problems of the present. Little in the human experience is without precedent. Within the confines of boxing history, an endeavour, at its heart, largely untouched by the passage of time, Thomas Carlyle’s definition, “History, a distillation of rumour”, is overwhelmed by the irrefutable record of television.

Boxing is an area of life where history genuinely instructs those willing to absorb her lessons. A niche where the victor does not write the book, in which those at ringside, the observer, professional and amateur, are merely narrators to stories we can judge for ourselves.

Armstrong, Robinson and Duran stand tall in these historic accounts as examples of fighters who leapt beyond their optimum weight to succeed. In doing so their reputation was enlarged and remains in plain sight long after their retirement and, in the case of Armstrong and Robinson, their passing.

It is said that we all die twice, the second death occurs when the last of those who remember us passes on too. The achievements of Henry, Ray and Roberto ensure their names will reverberate beyond all of us.

On Saturday, Mikey Garcia, against the advice of his own kith and kin, themselves deeply entwined in the history of the sport to which all others aspire, is in pursuit of just such greatness, of just such an echo.

He will lose, and it is possible he may never be the fighter he was before, or thought himself to be, but he will at least know the limit of his powers.

And while it will be of little solace when the bell tolls on Saturday.

There remains a greatness in that too.

Hooker should dominate LesPierre Saturday night
What to watch in Spence-Garcia Saturday showdown
Advertisement
To Top
We use cookies to ensure that we give you the best experience on our website. If you continue to use this site we will assume that you are happy with it.OkPrivacy policy