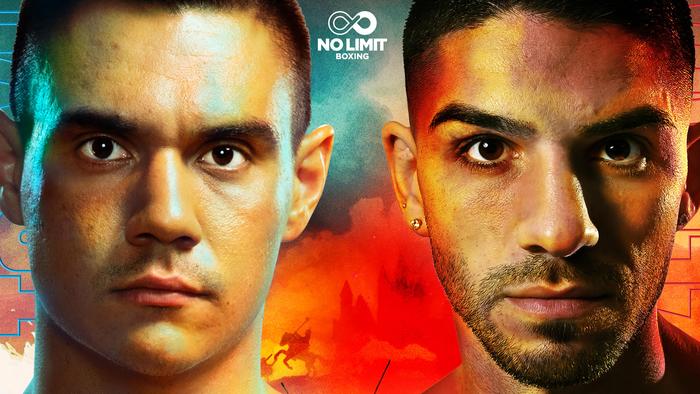 After several days of rumor and speculation, Australian Jr. Middleweight contender Michael Zerafa has, in fact, withdrawn from his bout with arguably the top fighter/draw on the continent, unbeaten #1 WBO contender Tim Tszyu. And, there’s already been a replacement opponent found.

Australian boxing broadcaster and fight manager Ben Damon posted Wednesday afternoon there, that Zerafa was out for the fight that had sold out the Newcastle Entertainment Centre due to Tszyu’s massive popularity in less than one day back in May. And, Tszyu’s opponent will be up and coming Stevie Spark,

"I'm a fighter and fighters fight. I'm fit and I'm ready and I'm coming to Newcastle to win!"#TszyuSpark pic.twitter.com/xMPnBjA3vF

Tszyu, the son of Hall of Famer Kostya Tszyu, is now 18-0 with 14 KOs and has been on a huge roll nationally “down under” over the past 12 months. He was last in action in March defeating veteran Dennis Hogan in front of another sold-out crowd at the same NewCastle Center about two hours North of Sydney on the Eastern coast of Australia.

That night, he suffered a cut early in the bout from an accidental clash of heads, but still out-gunned the veteran, journeyman Hogan in a 5th round TKO. And, he won for the third straight time post-Covid 19 pandemic by KO or stoppage.

Tszyu is ranked number one by the WBO and is inline for a title shot upcoming.

As for Zerafa, 28-4, 17 KOs, and is 29 year old native of Melbourne, Australia. He won his last fight in mid-March with a 1st round knockout of aged, former Super Middleweight champ, Anthony Mundine (who is 43) . That win came following a pair of fights with former WBO World Welterweight, champ Jeff Horn. Zerafa stopped Horn in the 9th round of their August 2019 meeting, but dropped a 10 round majority decision to Horn five months later, in their December 2019 rematch.

Zerafa and his camp had been complaining about multiple aspects of the Tszyu fight, including the concern of Covid 19 positive test spikes in Sydney. Damon put on social media earlier this week,

#TszyuZerafa update: the Zerafa camp won’t commit to travelling to Newcastle for next week’s fight given the covid situation in Sydney. Manager Sam Labruna, “I’m waiting on more advice but at this stage the majority of the team aren’t comfortable making the trip” 🥊

And, now it’s official that he won’t.

The show will go on with the 24 year old Spark who’s 12-1. He’s won 11 fights in a row, against mostly non-descript competition in Australia. This will obviously be a huge step-up in competition for Spark and he will be a heavy Underdog to not get kayoed early.

The 26 year old Tszyu, is based in Sydney and has grown immensely in popularity fighting in front of sold out crowds all over the continent. This included his own KO of Horn in August of last year in front of over 20,000 at an outdoor stadium in Townsville, on the Northern coast.

He also destroyed lightly regarded Bowyn Morgan in one round in December in front of a roaring crowd at another outdoor stadium in Parramatta.

Tszyu has been hoping to leverage his WBO top ranking to get a shot at their new champ, Brian Castano. However, Castano has chosen instead to battle Jermell Charlo in an Undisputed 154 lb. showdown that will be 10 days after the Tszyu-Zerafa fight on July 17th in San Antonio, TX.

And, if the favored Charlo is victorious, it’s likely Tszyu will have to leave Australia and come to the U.S. for a potential shot at the Undisputed crown.