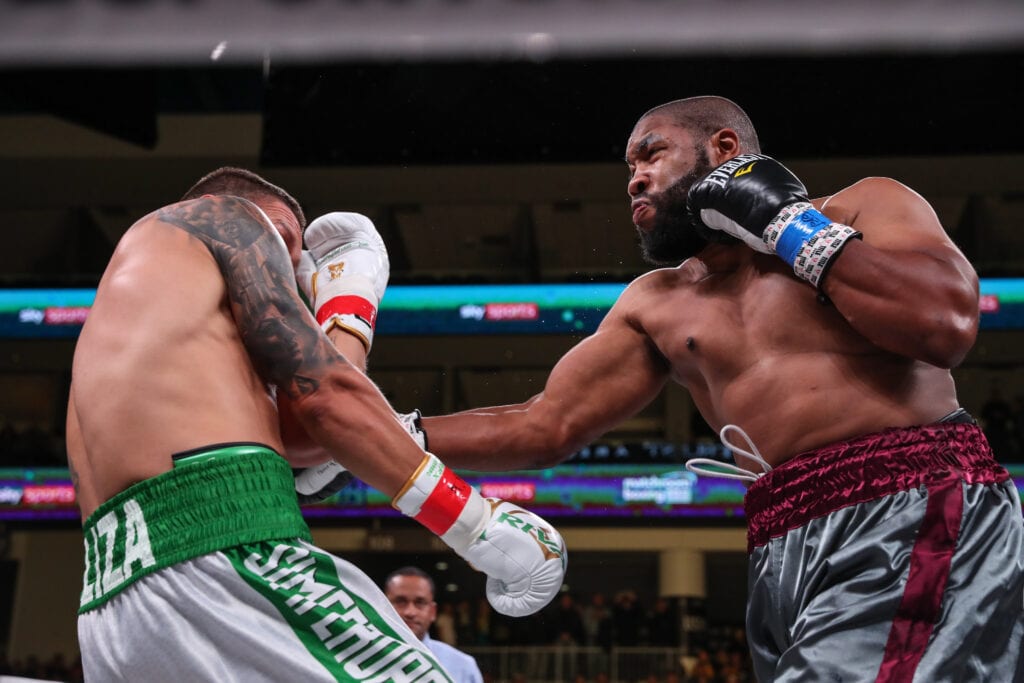 Witherspoon says shape was a factor against Usyk

Saturday night, Chazz Witherspoon, on short notice, got a chance to take on Oleksandr Usyk in Chicago in the undefeated cruiserweight debut in the heavyweight class.

While Witherspoon would go down in defeat and had to retire on his stool in the contest from fatigue, he reflected on the match with Boxingscene.com and thought had he been in better shape; Witherspoon claims it would’ve been a different story.

“But I didn’t really have the time that I needed to prepare for this. But still, my hat’s off to him. I’m not trying to take nothing away from his win. He did what he had to do. His fans are great. They walk up, they give me a lot of respect. His management, Matchroom, DAZN, I’m good with everybody.”

Witherspoon in the contest as the match grew on was clearly fatigued. Not only that, he just wasn’t throwing any punches. At one point during the broadcast, they flashed up a graphic showing that Witherspoon had only landed 19 punches into the fight.

According to Compubox, Chazz Witherspoon has landed a total of 19 punches through six rounds. A puncher's chance only works when… you… land… punches.

“I mean, I’m not proud of my performance because I lost,” Witherspoon said. “But, I mean, at the end of the day, I guess people see that I put up the effort. I wasn’t just talking, I was trying to walk it. But yeah, like I said, if I had more time, I think it would be a different outcome. I might be partying myself. So yeah, I don’t know.”