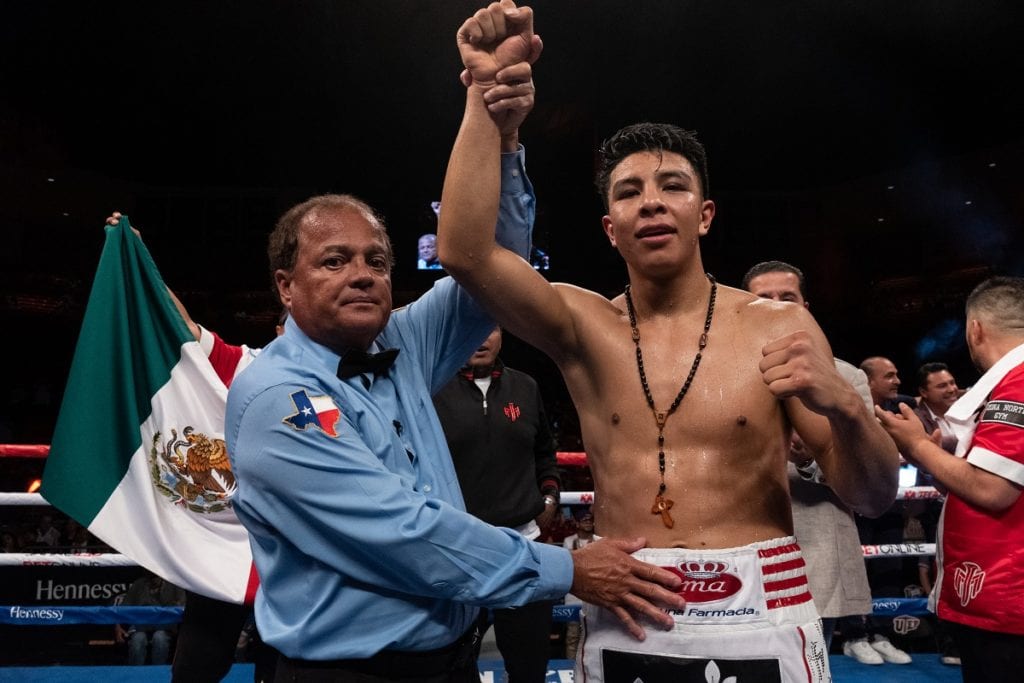 It appears that current Middleweight top contender Jaime Munguia will battle WBC World champ Jermall Charlo this Summer in an intriguing showdown of unbeaten fighters in their primes.

This after the World Boxing Organization confirmed Friday afternoon that Munguia has passed on their mandated vacant world title bout with Zhanibek Alikhanuly of Kazakhstan. So, the organization has now ordered Alikhaunuly to fight England’s Danny Dignum instead,

From the WBO’s release,

The parties were granted 10 days to reach an agreement, or the Committee would proceed per the applicable rules and regulations.

The WBO has granted Team Munguia enough time to proceed with the bout as ordered. Therefore, considering their refusal and lack of interest to fight Zhanibek Alimkhanuly, this Committee shall proceed ordering negotiations with Team Danny Dignum accordingly.

The parties herein have 10 days to reach an agreement. If an accord is not reached within the time frame outlined herein, a purse bid ceremony will be ordered per WBO Regulations of World Championship Contests. The minimum acceptable bid for the WBO Middleweight Division is $200,000.00 (Two Hundred Thousand Dollars). Any of the parties involved may request a purse bid ceremony at any time during the negotiation process.

As we wrote earlier this week, the 39-0 former WBO Jr. Middleweight Champ Munguia has been their number one contender for two years, but he apparently wants to challenge Charlo in a more lucrative battle for Showtime and Premier Boxing Champions.

Charlo is 32-0 and has defended the WBC belt four times and this would be most the biggest title challenge he’s had during his reign. That’s because the hard punching Mexican has registered 31 knockouts in his 39 pro victories, including stopping American D’Mitrius Ballard in three rounds last month.

Likewise, Charlo would be the biggest named opponent and threat that Munguia has fought.

Boxingscene.com’s Ketih Idec reported later on Friday that Showtime/PBC is looking at a date of Saturday night June 18th and likely in Charlo’s hometown of Houston, TX. Munguia is represented by Oscar De La Hoya and Golden Boy Promtions. However, a possible problem is that Al Haymon’s PBC doesn’t typically deal with De La Hoya, who had previously sued Haymon and PBC unsuccessfully in 2015.

So, we’ll see how fast a Charlo-Munguia bout can get made.