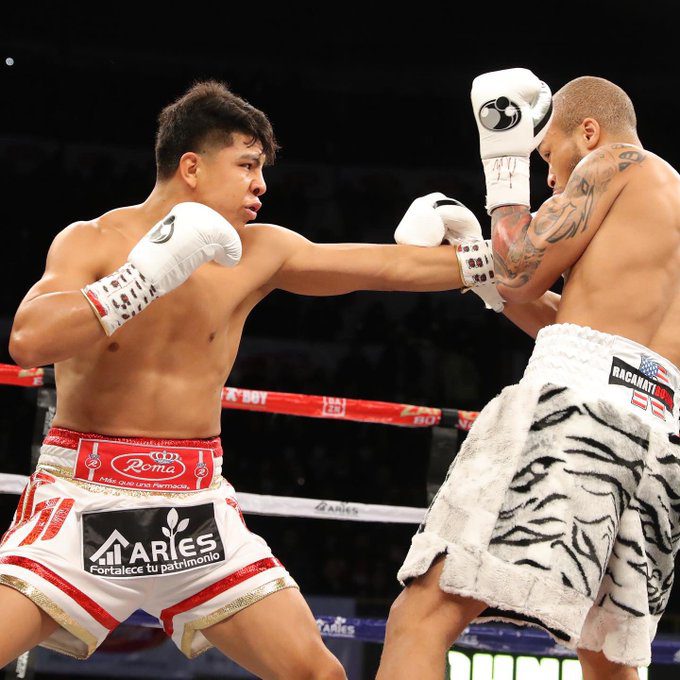 It looks like unbeaten former Jr. Middleweight world champ and current Middleweight #1 contender for the WBO and the WBC, Jaime Munguia finally has an attractive offer to fight for a 160 lb. world title.

“Showtime would televise Charlo-Munguia live on that premium cable channel through its content partnership with Al Haymon’s Premier Boxing Champions, which has extended an offer to Munguia’s handlers for a fight that would take place in June or July.

Nevertheless, Houston’s Charlo (32-0, 22 KOs) hopes to meet Munguia in what would be a voluntary title defense now that Canelo Alvarez has chosen to fight Dmitry Bivol next. Charlo, 31, hasn’t fought since his tougher-than-expected, 12-round, unanimous-decision defeat of Mexico’s Juan Macias Montiel (23-5-2, 23 KOs) last June 19 at Toyota Center in Houston.”

A further complication outside the ring is Charlo’s second arrest in under a year. That came last month in the Houston suburbs where he lives.

As we wrote, Charlo was taken into custody in at his home, despite the incident having taken place last Fall. And according to TMZ, “Charlo’s arrest stems from an alleged September 21, 2021 incident in which he’s accused of “punching or grabbing” a man.

Thus, the felony charge for Charlo, who has defended his WBC 160 lb. title four times.

These charges continue recent out of ring troubles for Charlo.

Last Summer, Charlo got into a dispute at a sports restaurant on the night before his twin brother Jermell fought Brian Castano for the Undisputed Jr. Middleweight title in San Antonio. That dispute was over whether or not his credit card had been declined and whether he had grabbed the waitress in an altercation to take his card back or not? He was facing felony robbery charges in connection with the incident.

Charlo, through his attorney Kent Schaffer, denied the robbery charges and the attorney maintained from the outset that there were witnesses with Charlo that disputed the restaurant’s account. And, most importantly, there was video backing up Charlo’s version of what happened.

Meanwhile, Charlo posted $10,000 bond after his Houston area arrest and The Fort Bend County Court shows Judge Lisa Gonzalez has been assigned the case and the next hearing on his newest charge is March 28th at 1 p.m.

It’s not believed that the charges would prevent Charlo from defending his title against Munguia (or anyone else) this summer.

Is Idec also reported, Munguia could fight Janibek Alimkhanuly of Kazakhstan for the vacant WBO World title that Demetrius Andrade vacated. However, that’s not viewed as a nearly as attractive or more importantly, lucrative title fight for Munguia.