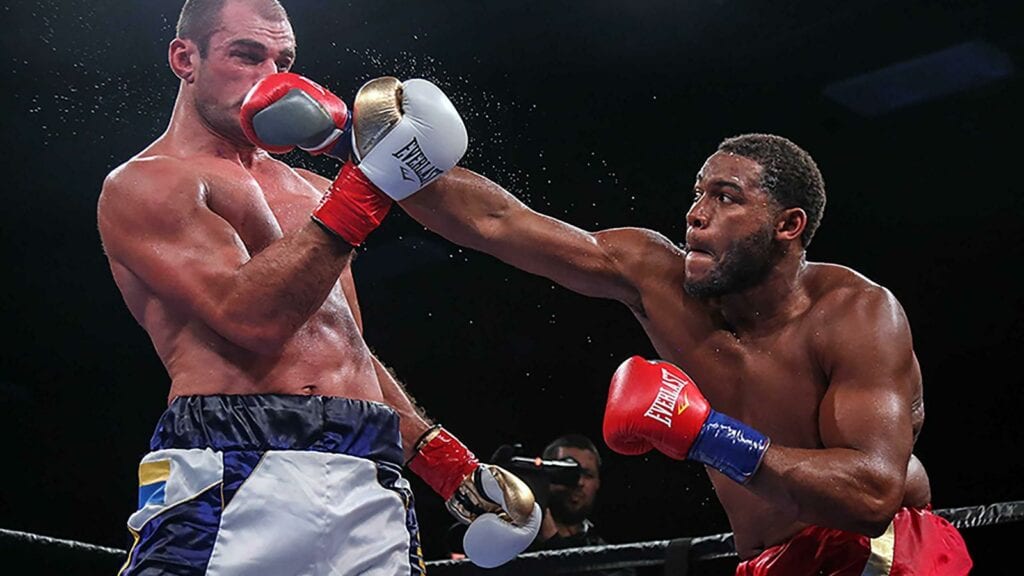 With Hunter, the storyline won’t switch

Anthony Joshua was supposed to take on Jarrell Miller to make his U.S. debut and show all here in the states why he is a three belt title holder. When Miller got caught with a banned substance and then denied a license to box in his native New York, that pretty much put his name off the marquee to fight on June 1st.

So with Matchroom promoter Eddie Hearn, asking everybody in a recent interview to “Call ’em out, tweet it!””, I figured I’ll take him up on the suggestion.

The fighter I feel that is a slam dunk for this fight now that Miller is out to replace him is heavyweight contender Michael Hunter.

With Hunter it helps Eddie Hearn maintain what he told Sky Sports in terms of a credible opponent in the Top 15 with”The Bounty” Hunter is ranked 12th in the World Boxing Association (WBA) and 10th in the International Boxing Federation (IBF).  While not as high on the ranking board as minor WBA belt holders Manuel Charr and Joe Joyce, Hunter has one easy advantage over both.

He is an American.

I wish it was more of a style and a match up breakdown than that but at the end of day it’s as simple as him being a 2012 U.S. Olympian Michael Hunter from Las Vegas, Nevada, but it really isn’t.

The underlying story line and for me what has made the fight of Joshua-Miller appealing was how impressive would Joshua be in his fight against Miller in his own backyard at Madison Square Garden. Many outside of Miller’s camp didn’t think he was going to win, but Miller’s antics leading up to the bout at least grabbed my attention.

I mean don’t get me wrong, picking Hunter on short notice should all be a lock. He has done this befire as he did in a upset stoppage over Alexander Ustinov last November. Another fight he took on short notice and gave up over 70 pounds in weight in the contest. It should all be about how Miller could potentially create a style problem for Joshua and while Joshua has been on the record stating he likes to box, Hunter especially in his last fight showed a lot of trouble for Ustinov on the inside.

However, Hearn has stated that over 10,000 British fans have bought tickets for the match at Madison Square Garden and if you follow the money, it has skipped across the pond to see their native champion go into enemy territory and come out victorious.

Hunter is looking for the upset and the opportunity to become champion and if all it comes down to the “business of boxing” to make this happen, let’s hope this is the announcement Hearn makes to all of us next week.