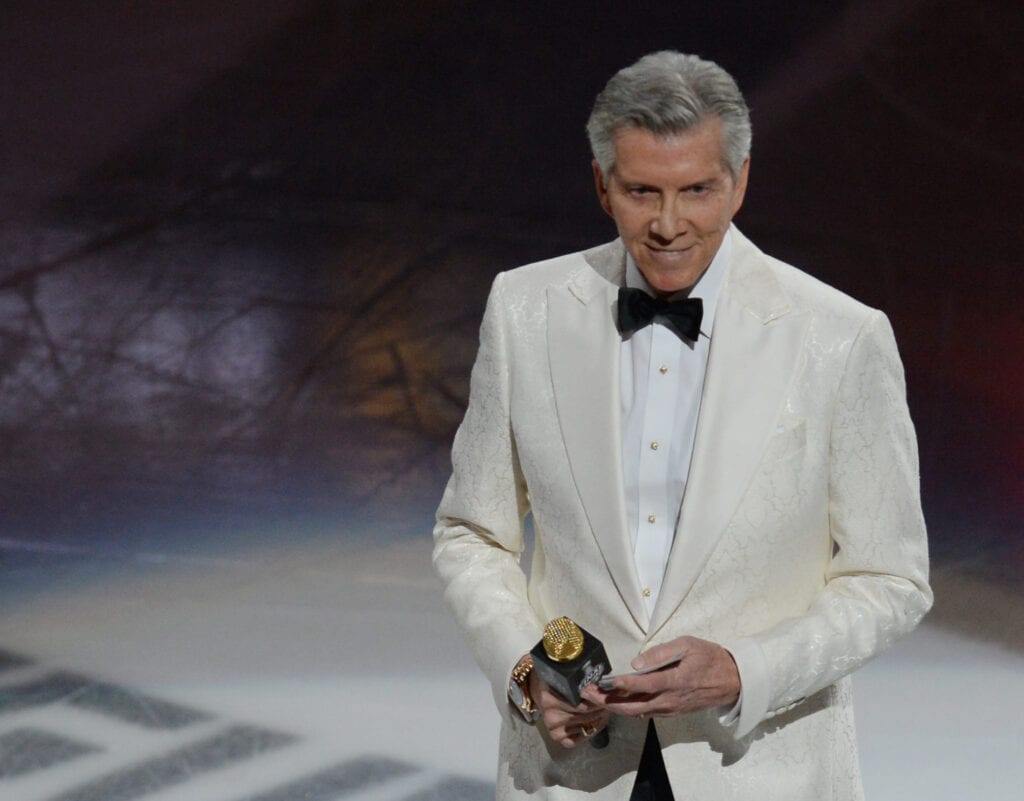 Held at the Madison Square Garden earlier today, Michael Buffer gave opening words before Miller and Joshua stood face to face. And that’s when Miller immediately shoved Joshua, as soon as he was announced to come up to the stage.

It didn’t escalate much more after that, but once seated the feel that they weren’t friends was definitely the vibe in the room.

The trash talking at the press conference set the tone for the hour and a half affair.

Joshua said in the press conference: “Unbelievable acting, I nearly had a tear in my eye, f***ing hell. Thank you so much for having me. Miller’s a little b****, I’m going to knock him the f*** out, he punches like a fairy.”

Joshua continually referred to himself as the “landlord”, in New York to collect Miller’s “rent”, in reference to his box office status compared to the lesser known Miller.

Joshua said: “Jarrell can’t beat me, not even on his best day. In terms of promotion, I’m the champion, he’s the challenger, this is the first time he’s headlining a show. I’m the landlord, I’m collecting the rent.”

He said: “He fought nobody for the belt, he beat Klitchko after he spent two years out of the ring, he beat nobody. He’s made of baby-s***.”

“He beat Povetkin, Klitschko with ring rust, he’s done stuff, but he ain’t beating me. I’m not playing a role.”

Miller then stood up and left the stage first, leaving Joshua to field questions alone.

Joshua continues talking more trash as he stood alone on the podium.

He followed with to the press: “Big Baby, he’s like a parrot, talks the same s***. I thought he would be smarter than that. He’s stupid and ignorant. I could hype it up and talk s***, but Miller can’t punch, he’s coming up against a real fighter.”

“I’m not here to talk s***, it’s truth in plain sight, I’ll beat Miller and knock him out. Me beating Miller may not make sense on June 1 but it will make sense in 5 years, it’s all part of the legacy.”

We are LIVE for the Anthony Joshua vs. Jarrell "BIG Baby" Miller launch press conference. 🎙Don't Miss The Action 👉 bit.ly/DAZN_FB