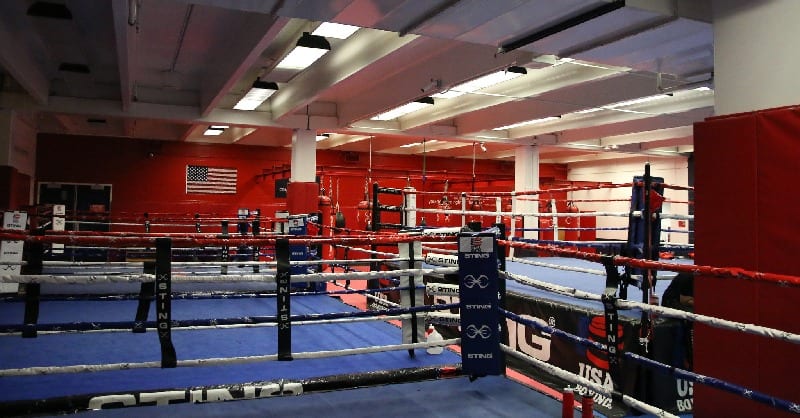 With the postponement of the Tokyo Summer Olympics for July, the next logical question for a couple of prominent men’s amateur boxers is when will they turn pro? And, might that be later this summer, instead of waiting for whenever the Olympics can happen?

Arguably, the most prominent U.S. fighter is Norfolk, Virginia native, Keyshawn Davis. And, the 21 year old amateur star in the 138 lb. division put on social media Tuesday that he’s looking to get paid to fight:

Further, Davis (above), a former national Golden Gloves champ (2017) who was second at last year’s World Championships and Pan American games, talked to ESPN.com boxing insider, Steve Kim. And, he  elaborated on his social media post about the intrigue and possible timeline for turning pro,

There’s a lot of people saying that I already fight with no headgear, why waste another year fighting with no headgear in the amateurs, risking getting cut and stuff like that? I already have big options of going pro and being more well off than I am now.”

Obviously, there’s no rush to make that decision as all professional sports worldwide have ground to a halt for at least the foreseeable near future.

Further, Davis’s marketability would definitely go up, if he could win a Gold Medal in the delayed Tokyo Olympics. This is something that obviously helped former recent fighters careers like Andre Ward, who won Gold in the 2004 Athens Games. And, the most prominent case is going all the way back to Oscar De La Hoya winning Gold in the 1992 Barcelona Summer Olympics that launched his early pro career and huge money for fights early.

Back to Davis, he’s arguably the most decorated fighter on the Team USA Squad that had to cancel their Olympic qualifying tournament for Argentina that was scheduled for later this week.  However, there are at least two other prominent names to also keep an eye on as to whether they will stay as amateurs or because of the limbo of Summer Olympics, go ahead and potentially turn pro like Davis?

USA Boxing has been prominent going all the way back to Muhammad Ali having won a Gold medal in 1960 and coming forward to the 1984 Los Angeles Summer Games that had the likes of Mark Breland, Mildred Taylor, Henry Tillman and Pernell “Sweet Pea” Whitaker all wining winning gold that year.

However, the world caught up to the United States in amateur boxing and medals have been hard to come by. In fact the last male to win any Olympic medal was Deontay Wilder taking Bronze in the 2008 Beijing Fames.