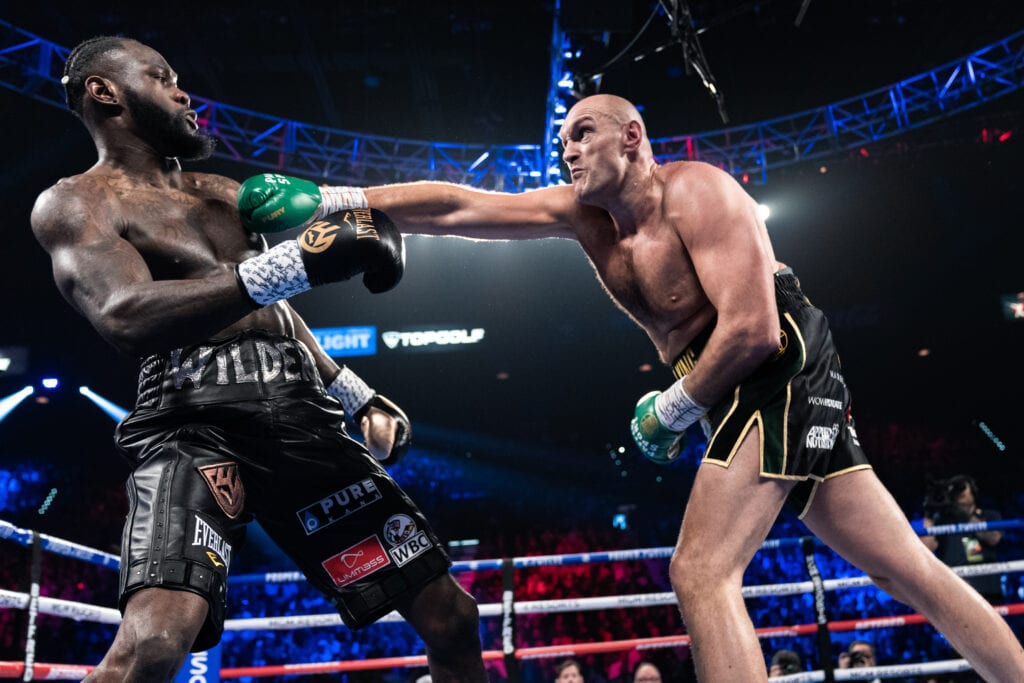 Arum says Fury-Wilder III will move to at least October

It’s the latest of disappointing postponement, but no one can say they didn’t see it coming. This, as Top Rank Boxing promoter Bob Arum confirmed Tuesday the third fight between WBC Heavyweight champion Tyson Fury and now, challenger, Deontay Wilder, will have to be wait probably until October.

Arum spoke with ESPN.com boxing insider, Dan Rafael, and made clear there’s no way to plan for the July 18th rematch at this point:

“You could not guarantee the fighters that the event would take place on that date. We couldn’t convince them or ourselves,” Arum told ESPN.

“Where were they going to train for it? It just made no sense. You just have to take a step back. How are you going to sell tickets? It’s absolutely ridiculous to say the fight is on when the Brits can’t even get there.

“Al and his people are in touch with us all the time on this,” Arum continued. “We see things the same way. We’ll be very, very cautious moving ahead and pray this will be over at a particular time and we will be able to make smart plans. Nobody has ever experienced anything like this before.”

Because the fight date was still approximately four months away, there had been hope that it could be held at its scheduled date.

However, as Arum mentioned, there’s no certainty as to when the MGM Grand hotel, or any of the Vegas resorts will be allowed to reopen anytime soon. And further, the fighters can’t plan the timeline for their training camps, because of all the uncertainty on when some states will allow people to come back into public after ordering them to “shelter” due to the Coronavirus in recent days.

The third battle had been set into motion, when Wilder exercised the rematch clause both fighters had in the contract that the two signed late last summer to set their second fight into motion.

As Rafael reports, the contract apparently does have an extended window, when the third fight can still take place within the agreement.

Wilder and Fury met the first time in December of 2018 in Los Angeles.

Now, we wait to see if Unified Heavyweight Champion Anthony Joshua’s scheduled title defense in June against IBF #1 contender Kubrat Pulev will still take place at London’s Tottenham Hotspur Stadium or might move to later in the year, as well?

WBO pulls sanctioning of any fights before July
Will several Olympic Boxing hopefuls now look to turn pro?
Advertisement
To Top
We use cookies to ensure that we give you the best experience on our website. If you continue to use this site we will assume that you are happy with it.Ok