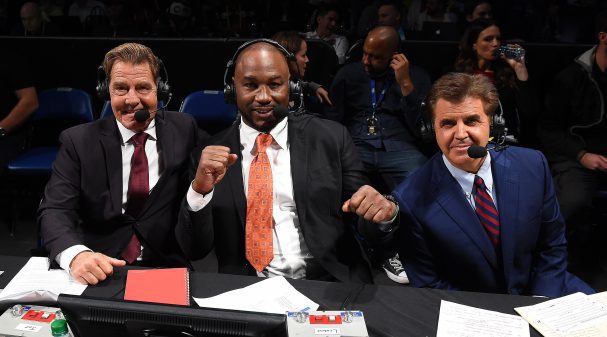 Will Addition Of Joe Goosen In Ryan Garcia’s Corner Pay Off?

Later this week in San Antonio, TX, unbeaten, star Lightweight Ryan Garcia will make his long awaited return to the ring taking on veteran, but lightly regarded Emmanuel Tagoe in a non-title 12 round bout. And, adding to the intrigue of Garcia’s 15 months of inactivity due to “mental health issues,” contractual problems and eventually, a hand injury, is veteran California trainer Joe Goosen now being in Garcia’s corner.

Goosen, who’s no stranger to working with world championship fighters for 35+ years, joined up with Garcia in February replacing another prominent coach in Mexico’s Eddy Reynoso. And, so far, Goosen likes the hard work and potential that he’s seen from the 23 year old contending Garcia,

Goossen: Ryan Garcia Is A Beast In The Gym, In Top Five Of All-Time Fighters I've Ever Trained https://t.co/LOUpTCsYN5 pic.twitter.com/tuBo5miHIc

As Boxingscene’s Jake Donovan wrote Saturday, Goosen believes that Garcia has put himself in position training-wise to make a statement in his return.

“I’ve been here for six weeks and it’s only seemed like six days,” Goossen noted during a recent open workout held at Garcia’s facility in Chula Vista, California. “Ryan is a beast in the gym. He’s in the top five of all time fighters I’ve ever worked with. He’s unbelievable. He’s in beast mode.

“Sometimes we’ll do the running twice a day. He’ll do his strength training… he’ll do three- or four-a-days. He’s attacking this like he’s obsessed and possessed. I’m duly impressed, that’s for sure.”

“When I got the call, I didn’t hesitate,” Goossen said of the chance to train Garcia, replacing Eddy Reynoso. “I’m out of the business of moving out of my home. Usually when I train you, you come to me and train at my gym.

“This was one instance where I didn’t hesitate. I was packed up within two days. I’ve always had an affinity for Ryan. This has always been a natural [fit] for me.”

Goosen, who’s been a ring commentator for Fox Sports/PBC the past six years, has previously worked with former world champions like Michael Nunn, “Sugar” Shane Mosley and the late Diego Corrales. He obviously has the pedigree to help Garcia and has also worked recently with former (briefly) Unified Heavyweight Champ Andy Ruiz in his last fight. That was last year in a decision win over Chris Arreola.

Now, we will find out what that experience will mean, or not, for the young Californian this Saturday night?