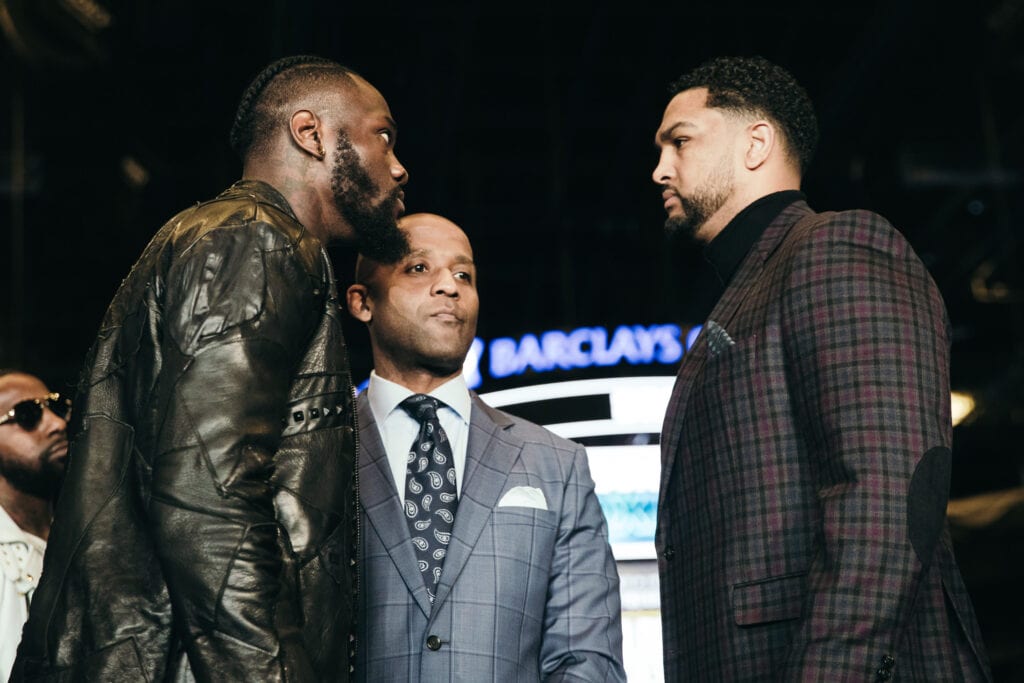 WBC heavyweight champion Deontay Wilder so far in this heavyweight division set the bar really high in his matchup with  Dominic Breazeale this Saturday.

In fact, he has gone as to promise to kill a man in the ring in his latest round of media interviews.

This isn’t anything he hasn’t said already since last month. He’s been wishing ill will in some shape or fashion since April leading up to this mandatory against Breazale.

So when Wildner made his “big announcement” on Tuesday and doubled down on his promise of death, everyone got a little concerned.

He told USA Today Sports “If he dies, he dies. This is boxing. This is not a gentleman’s sport. This is a gladiator’s sport. And with bad blood, we know I possess the power.”

He can’t be serious right? I mean, I’ve heard that line before.

Why such the recent hoopla over it? Because when a man who is 40-0-1 with 39 wins by way of knockout has less than 72 hours to make good on his promise of homicide, you pay a little more attention to what he has to say.

Deontay Wilder on wanting to kill an opponent: “This is the only sport where you can kill a man and get paid for it at the same time…so why not use my right to do so?” #WilderBreazeale pic.twitter.com/Li5bcSdHEn

This clearly is just to drum up interest on another one of these Showtime cards that so far outside of creating women’s history with Claressa Shields in April, have been painstakingly dull tbis year.

Let me tell you, however, this has worked to a tee and has me wondering how can the buzz for this fight come even close in the other two heavyweight fights taking place in June.

What will Anthony Joshua bring to the table in 2 weeks? They just had to scramble for a replacement in Andy Ruiz.

Tyson Fury is fighting Tom Schwarz next month that is climbing up the ranks from 63rd to 58th in Boxrec. Fury has been spending his whole media tour stressing his fight isn’t a stepping stone in the fight deal he signed with Top Rank.

I mean WIlder is promising murder on Saturday. Good luck trying to come close in terms of promotion.