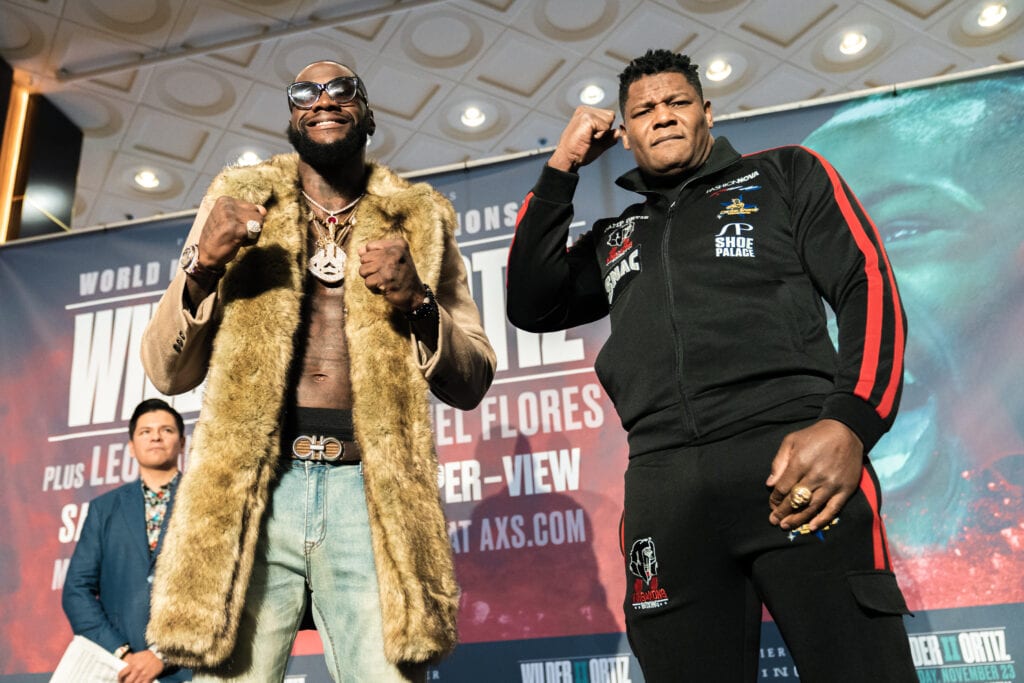 Heavyweights Deontay Wilder and Luis Ortiz made their way by arriving in Las Vegas on Tuesday as they both are set to face each other in the ring this upcoming Saturday. Both Wilder and Ortiz were center stage speaking to the media in what should be a bout that if was anything like their last one, will have somebody knocked out.

“We’re all here to see what’s going to happen on Saturday night,” said Wilder as they arrived Tuesday. “Even though I knocked Ortiz out the first time, it was an amazing fight. That was the fight that I was challenged the most during. I understand why none of the other heavyweights want to fight Ortiz.

The unknown is the what happened last time when these two squared off against each other as Wilder was stunned in the seventh round of their contest last time. Wilder in the rematch feels that this is one fans will be looking forward to seeing on pay-per-view this upcoming weekend.

“He’s very dangerous and I blessed him with a second chance,” continued Wilder. “Fans always get their money’s worth when I’m on the big stage. Because people know what I’m able to do to another human being inside of that ring. I can’t wait for Saturday night.”

I have written here that Wilder is “blessing” Ortiz here with an opportunity at a rematch of their 2018 contest that Wilder won.

For Ortiz, this is an chance at revenge and feels that he is the available fighter out here to challenge Wilder this weekend.

“Deontay Wilder is a throwback fighter like me, and we both want to fight the best,” said Ortiz. “I believe I’m the best and that’s why I’m getting this rematch. I’m focused on this fight and this fight only and doing everything to have my hand raised Saturday night.

Ortiz, who resides in Miami now is looking to make history as the first Cuban born heavyweight champion if he can defeat Wilder on Saturday. He understands for his family, being in the states has given him  a chance to follow his dreams.

“My life has changed tremendously and for the better since I came to the United States from Cuba,” said Ortiz. “Being in the U.S. has allowed me to focus on my two dreams, finding a cure for my daughter’s disease and becoming heavyweight champion of the world. That’s always been my mission.”