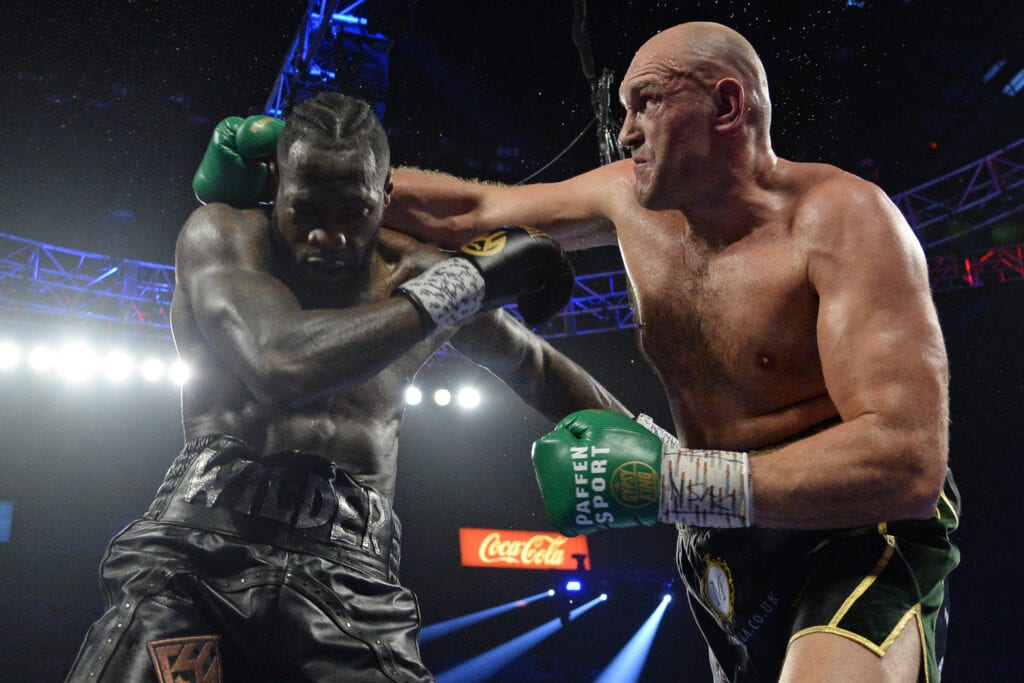 The preliminary pay-per-view purchase numbers for the American audience of the Deontay Wilder vs Tyson Fury fight Saturday night in Las Vegas are in. And, it fell short of the “benchmark goal,” much less the lofty expectations of how much money would be made.

Boxing Insider Mike Coppinger of The Athletic reported on a Wednesday night that Wilder-Fury had somewhere between 800,000 – 850,000 domestic pay-per-view purchases for the joint showing by ESPN and Fox Sports PPV last Saturday night:

Sources: The rematch between Deontay Wilder and Tyson Fury generated in the neighborhood of approxmately 800,000 to 850,000 pay-per-view buys in North America. Best performance – by far – for a heavyweight title fight since Tyson-Lewis in 2002. Wilder-Fury 1 sold around 325K buys

While that number is nearly triple the pay-per-view audience of the first fight between Wilder and Fury in December 2018 that was shown through Showtime pay-per-view, it’s well short of the  expectations that had been thrown around by some.

That was especially from what Top Rank Boxing promoter Bob Arum repeatedly, boldly bragged about for weeks leading up to the second fight between the two that ended with Fury capturing the WBC Heavyweight Title with a 7th round TKO.

Arum continued to predict to the boxing media that he believed that Wilder-Fury II would have at least 1.5 million pay-per-view buys and possibly, approach 2 million due specifically to the promotional personality of Fury.

However, the tally is nowhere close to those numbers.

Hear a complete recap of Tyson Fury’s and the ramifications of his upset win on our Big Fight Weekend podcast:

Still Top Rank and Premier Boxing Champions, which promotes Wilder, have to be pleased because the over 800,000 American purchases (at $79.99) represents over $80 million dollars in domestic money. These figures do not include what the pay-per-view did in the U.K. where Fury is very popular.

One other aspect that hampered European viewership is it the fight did not take place until 5 a.m. Sunday morning in the U.K. and therefore, they also charge considerably less than the $80 per pay-per-view that the US audience was charged. So, that means the revenue would not have been as big a factor unless there were massive pay-per-view purchases.

One other important factor is the amount of piracy or illegal internet streams for free that were available in the U.S. and throughout the world for the fight Saturday. Estimates are that as many as 5 million people were viewing such “bootleg” internet feeds worldwide of the fight and don’t count towards revenue.

Still, when the U.S. PPV revenue is  combined with the live gate of over $17 million at the MGM Grand Garden Arena Saturday night, Wilder and Fury will end up being the highest grossing revenue heavyweight title fight since former Undisputed champs, Lennox Lewis fought Mike Tyson, in Memphis, Tennessee, in 2002.

That fight had the 1.9 million PPV purchases that Arum and PBC had been hoping for in this build-up and it represented over $112 million in revenue.

Further, there’s hope with more time from ESPN and Fox Sports to promote for another joint pay-per-view later this summer that a third fight between Wilder and Fury could generate over the bench mark of 1 million pay-per-view buys.