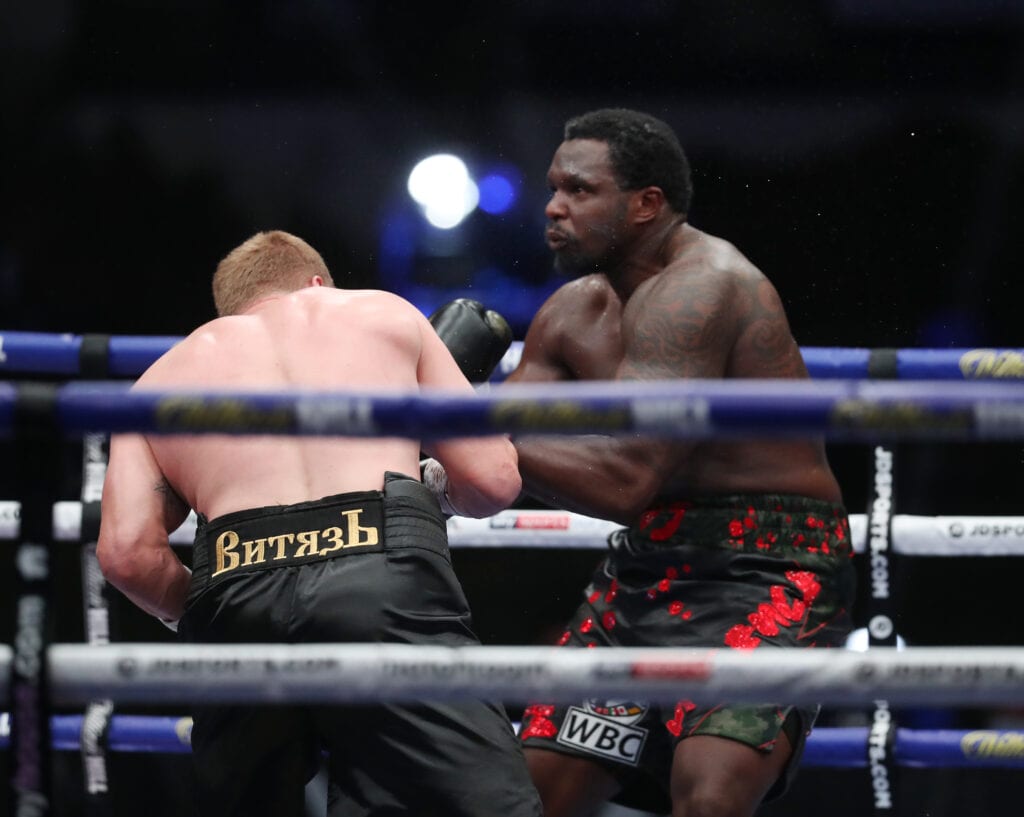 Who knew Whyte losing would cause social media unity?

Saturday night to close out “Hearn Square Garden” did not end well for the home team as a left uppercut from Alexander Povetkin ended the number one contender reign of Dillian Whyte, in the fifth round Saturday night. While the upset win of Povetkin was huge for him, overcoming two knockdowns the round before, what I didn’t expect was the social media celebration of Whyte losing.

“Wow..truly gutted for Dillian. Big respect to Povetkin for pulling that out of the bag. I believe Dillian will bounce back in the rematch! Bitter sweet, but #FightCamp has been the best thing I have ever been involved. Thanks for the support, this really is the greatest sport of all,” Hearn said on Twitter following the loss Saturday night.

Hearn is right, and boxing is the greatest sport of all, but if you were looking for any additional comforting words for the former WBC contender Whyte, then Twitter was NOT the place to get that card of well wishes. The unity of Whyte losing rivaled online a celebrating similar to when Adrien Broner lost to Marcus Madiana back in 2015.

Pulev will KO Joshua next. London Bridges are falling.

Kubrat Pulev is the next fight for fellow Matchroom stablemate, Anthony Joshua, that Arum is hinting at losing whenever that fight takes place. That fight was pitched in every area, including a boat, but hasn’t been made official yet and sounds like a contest taking place in 2021.

Arum wasn’t the only one chiming in as Andy Ruiz Jr., who was formerly a name being set to challenge Whyte at the beginning of the year before all of that fell through had the simple response below.

Next up, current promotional free agent Michael Hunter and former member of Matchroom, who was let go during this pandemic, chimed in after Hearn mentioned the possibility of a Whyte-Povetkin rematch taking place.

Rematch??? You’re better than that Eddie. Meet me in Russia! https://t.co/XWkKfFCQIN

Giving Hunter credit where credit is due, leading up to the fight, he predicted that Povetkin could win speaking with Sky Sports.

“I think it’s [knockout win for Povetkin] very possible,” Hunter said to Sky Sports. “The percentage is high, and that’s why I think this is a good fight, because people want to see explosions and I think they’re going to get it here, even if it’s for two minutes, or it might be for the whole fight. We’re looking for big punches thrown, and I think that’s what the fans are excited to see.”

Fellow English Heavyweight Contender, Dereck Chisora, who lost twice to Whyte himself and who is still slated to fight former World Cruiserweight Champ, Oleksander Usyk later this year, chose to congratulate Povetkin on his KO in….what else? Russian:

These are just the responses from the various people around boxing. The fan reaction and rejoicing on #whytepovetkin hashtag on Twitter reads like a sweepstakes giveaway where the best hate tweet is up for money.

What happens from here between Whyte and Povetkin will be known down the line, remember that the ones mourning his loss aren’t many.