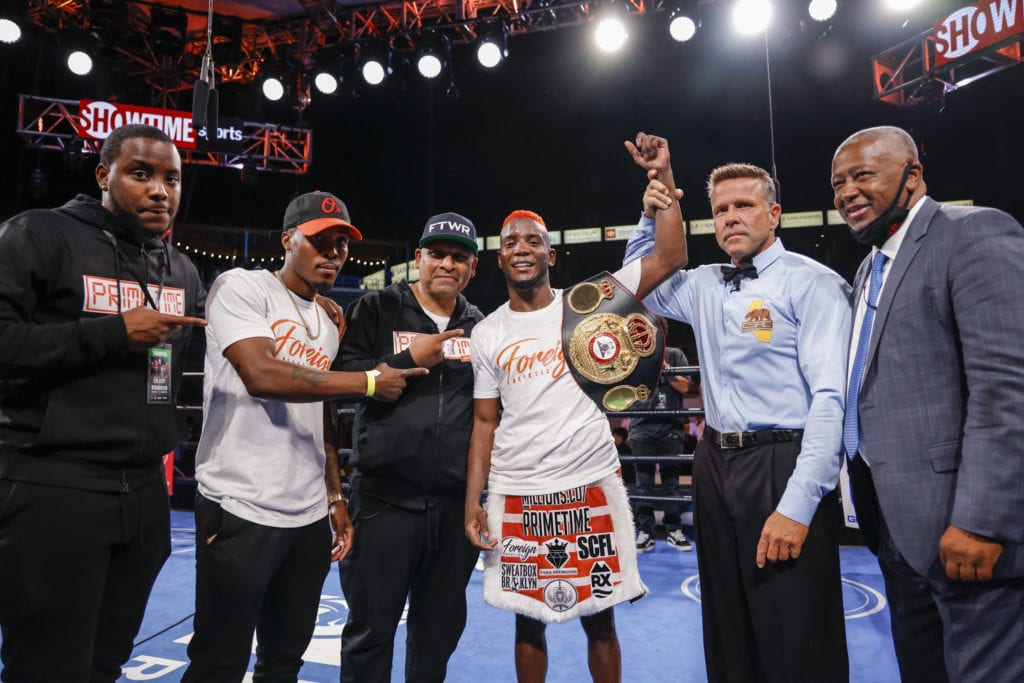 What’s Next For Chris Colbert?

Chris Colbert, fresh off his victory Saturday night over Tugstsogt Nyambayar, was asked his easy unanimous decision win, who he’d like to take on next? And, he mentioned former four-division world champion, Leo Santa Cruz.

“Me versus Leo Santa Cruz, I would love that,” Colbert said during a post-fight press conference following his latest win, a twelve-round unanimous decision victory over Mongolia’s Tugstsogt Nyambayar. “He’s got a tremendous fan base. He’s a four-division champion. I’m a future champion.

“He’s a hell of a champion, former four-division champion. I take off my hat to him, no disrespect to him. It would be a hell of a fight and an honor to fight him.”

While I get why Colbert called out a chance to take on Santa Cruz, allow me to join the camp of those wishing for a matchup against O’Shaquie Foster. Credit where it is due, as I heard it listening to the latest Trill Boxing Talk on Youtube.

Foster, to his credit, has been calling him out for a long time and picked it back up following catching the same win of Colbert wanting Santa Cruz next.

I been calling out this clown @_Primetime718 and he turn around and call out @leosantacruz2, where they do that at? ChickenTime Chris🐔 stop running scared and fight. https://t.co/YQimtqcaCf@fighthype pic.twitter.com/gvSZKG3tAK

Why Foster and not Santa Cruz? I’m all set with Santa Cruz in any fight at 130 pounds at this point. I’m also the same guy waiting on that Frampton-Santa Cruz III bout to happen down the line on the exhibition circuit. Also, after Saturday night’s jab session against Nyambayar, we’ve seen what Colbert can do against non-super featherweights at this point in his career.

So sign me up for the Colbert-Foster next, but if I can’t see that, then I’d be all for a matchup with Xavier Martinez. WBA sanctioning body silliness aside (Yurkois Gamboa is #5 in the WBA as of this writing), Martinez style-wise would be something that would create fireworks and would be a fun fight between two undefeated up and comers.