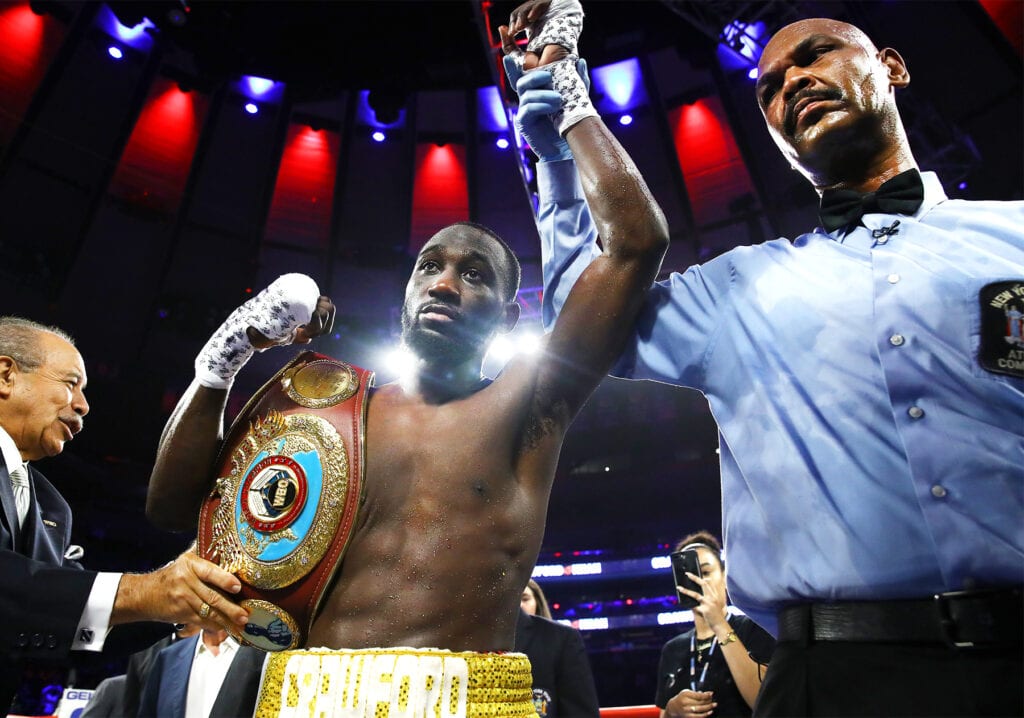 Less than a day from a spectacle, online purse bid for the WBO World Welterweight Champ Terence Crawford to defend against Shawn Porter, the organization has delayed it, again, indicating the two sides’ promoters are close to a deal.

The Puerto Rican based WBO made the delay official on their social media and website Wednesday afternoon, saying that they have rescheduled the blind bidding to be revealed on September 14th, unless a deal is reached,

The purse bid for the mandatory bout between WBO Welterweight Champion Terence Crawford and challenger Shawn Porter has been moved to September 14th, following a request from the promoters of both fighters, Top Rank (Crawford) and Tom Brown's TGB Promotions (Porter).

In late July, the WBO originally gave the two fighters and promoters 30 days to come to an agreement to fight this Fall. As we wrote at that time, they notified Top Rank Boxing and TGB Promotions,

Please be advised that the parties herein have thirty (30) days upon issuance of this notice to negotiate and reach an agreement for the above-referenced WBO Welterweight Championship Contest. If an accord is not reached within the timeframe stated herein, a purse bid will be ordered per the WBO Regulations of World Championship Contests.

The minimum acceptable bid in the WBO Welterweight Division is $200,000.00 (Two Hundred Thousand Dollars). Any of the parties involved may request a purse bid procedure at any time during the negotiation process.

The applicable “Purse Split” shall be 60% in favor of the WBO Welterweight Champion and the remaining 40% in favor of the WBO Welterweight Challenger.The letter was signed by Luis Salazar, the WBO’s Chairman of their Championship committee.When no agreement was reached by late August, the WBO set Thursday September 2nd as the date that they would reveal the top purse bid to promote the proposed bout. They took the further unusual step of promoting that they would reveal that bid live on their Facebook page.Also, it’s not unusual if the parties are close to a deal on their own, that a purse bid is further delayed.However, you have to wonder if this is not more feet dragging by Crawford, who’s deal with Top Rank Boxing is set to expire some time in October, potentially making him a free agent?

Back in late June  I was a guest with Porter at the Las Vegas Cosmopolitan Hotel, when he appeared on the live “TC Martin Show” radio show heard five days a week locally.

Porter told the show then about privately contacting Crawford trying to make the fight a reality,

If anyone wants us to fight (he and Crawford) let’s come together and do that,” Porter continued.

Crawford, 37-0, hasn’t fought since last November and at this point, is expected to test free agency. It’s also debatable that he could relinquish the WBO 147 lb. title rather than fight Porter. It’s no secret that he really wanted to fight WBC/IBF current champ Errol Spence, instead. Spence, however, agreed to fight legend Manny Pacquiao for an August PPV only to have to pull out with a damaged left eye and have surgery.

Porter, 31-3-1, is the former WBC Welterweight Champ (losing to Spence in 2019) and has fought under the PBC umbrella for over 6 years now. However, he apparently has the freedom to agree to fight on another network and/or under another promoter’s terms.

Now, we wait to see, if the deal gets made for what would be the most significant title defense of Crawford’s Welterweight career.