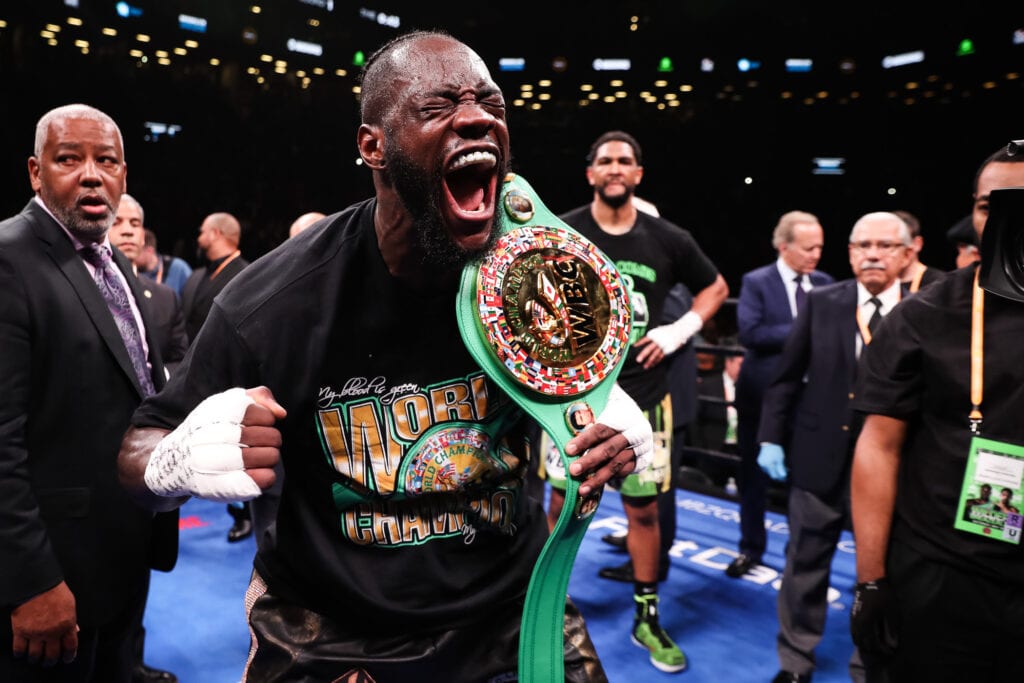 WBC suggested use of “virtual judges” is really bad idea

On Tuesday, the World Boxing Council made clear that once fights resume, they are looking at many different scenarios on administrating them. However, one suggestion on altering an intrical part to determining a victor in the ring is not only comical, but could greatly affect the short-term careers of fighters.

Yes, the WBC is actually seriously suggesting that the three judges assigned to score the fight, who in many cases will ultimately determine the winner of a title with their verdict, not have to be in attendance at ringside to render their decision.

I cannot emphasize enough how foolish an idea it is have two combatants square off and pour every ounce of courage, effort, skill and will into trying to win a championship fight over the course of 12 rounds, only to have three people (who already are generally already looked at as dubious, and at times incompetent deciders to begin with) not even be ring-side with them to potentially determine their fate.

As promoters work on getting boxers back in the ring, the @WBCBoxing is working on plans to have judges available for its sanctioned fights—whether on site or from a remote location. My @boxingscene story:https://t.co/70SDPOXENg

And while there were a number of topics Sulaiman covered on the resumption of boxing and the sanctioning by the WBC, what Sulaiman specifically said about having virtual judges remotely over the internet and off TV score fights, including involving championship fights from his organization was most concerning. That is once you stopped laughing,

“We have been working for several years… on the evaluation of remote online ring officials. This platform is ready to be used in case it will help to reduce the number of persons [at] a boxing card.”

“We have the app, the judges have the app,” noted Sulaiman. “The judges have on its screen, the fighter(s). At the end of the round, the judge just has to press the number—10, 9, 8, 7, 6 or whatever (the score for the round) for that fighter, and then the same (procedure) for the other fighter and then submit.

“[The provided viewing angle] will depend on the economics. This production, there are fights are produced by Showtime, by ESPN… they have very good production with many cameras. They have the capability of providing the feed in one way or another compared to other low budget (shows) that can only present a show from a limited number of angles.”

As Donovan theorizes, there are all kinds of technical concerns including the virtual judges potentially having their internet go out and not be able to see the fight fundamentally, much less, possible difficulties with the relay of their scoring of rounds.

However, most importantly, it is not the same to sit and watch a fight on TV from the angles that the television truck is showing you vs. being right by the ring and seeing it for yourself.

Sulaiman did tell the media that under the “virtual scoring” that the judges would not be hearing the announcers of the fight over a special feed in their headphones. However, it still doesn’t overcome the biggest obstacle, which the locations at ringside is key to observe (and to be observed by other officials watching the judges) what is happening in real time.

It is not the same sitting at home, no matter how you spin it.

Imagine in the American sports landscape that the officials for an NFL or major college football game would not be on the field with the players to enforce penalties, spotting of the ball or whether a pass was complete or not, etc.

But rather, an official from a replay booth or worse, somewhere off site, would determine those things and relay them by scoreboard or P.A. announcement.

“Ladies and Gentlemen, the guy watching on the TV in Poughkeepsie, NY, has thrown a flag on #24 for holding.”

It’s a ludicrous idea to contemplate and would never be taken seriously.

If you consider that example to extreme, because of having 22 football players on a field without actual officials, then let’s just bring this to something closer to reality of boxing and one on one competition.

Could you imagine a Grand Slam, all important, tennis match where there are no lines people to judge a ball “in or out” and the chair umpire is not actually at the tennis court, but rather watching remotely on TV???

And, the chair ump from a TV feed, would be responsible for officiating all the calls to determine a major champion at the U.S. Open, Wimbledon, the French Open, etc. using a buzzer from a remote location, to stop play and make judgement calls?

Again the absurdity alone stops you from seriously considering it.

Now, consider that an up and coming fighter, going for a World Championship, could lose a decision based on someone watching television, detached from the event?

That’s what’s being apparently seriously contemplated by the Mexican-based organization.

Sure we as observers and fans of boxing love to judge fights while we watch them on TV, but again we’re getting the benefit of slo-mo replays in between rounds, real time punch stats and also at times being influenced by analysts telling you what they see and who they think is winning in a round or a fight to that point.

But, the alleged impartiality of the people sitting around the ring, who aren’t being influenced by any of that above, has been essential to boxing for decades and decades.

Sulaiman and the WBC, as well as the other championship organizations, should work out that the three ringside judges are essential and part of the execution and integrity of the staging of a championship fight.

If that cannot be accomplished, due to restrictions on the amount of personnel allowed in a facility, then perhaps go back to the old days in the earlier 1900s of boxing.

Those had the referee in the ring be the official scorer and declare the winner if the fight went the distance.

After all, he’s the person closest to the combatants and for many years his vote was accepted either as the sole decider or at least, one of the deciders with two other judges in championship fights.

I don’t think that many legitimate and credible fighters and their management / handlers will agree to go into a championship fight from the WBC, or anyone else, that doesn’t have the judges at ringside to determine the outcome of a fight that goes the distance.

And, at the end of the day, that’s the most powerful leverage. Those giving and taking the punches.

The fighters should rise up and demand that the integrity and legitimacy must be kept intact or else they won’t participate and then, there would be no title fights.

And next, you’ll see how fast the judges would be back at ringside for WBC title fights.

That is if this ridiculous suggestion gets off the “drawing board” and if they ever try have “TV judges” determine decision winners of their bouts.

Mose Auimatagi signs with Dragon Fire
Golovkin to follow through with mandatory challenger next?
Advertisement
To Top