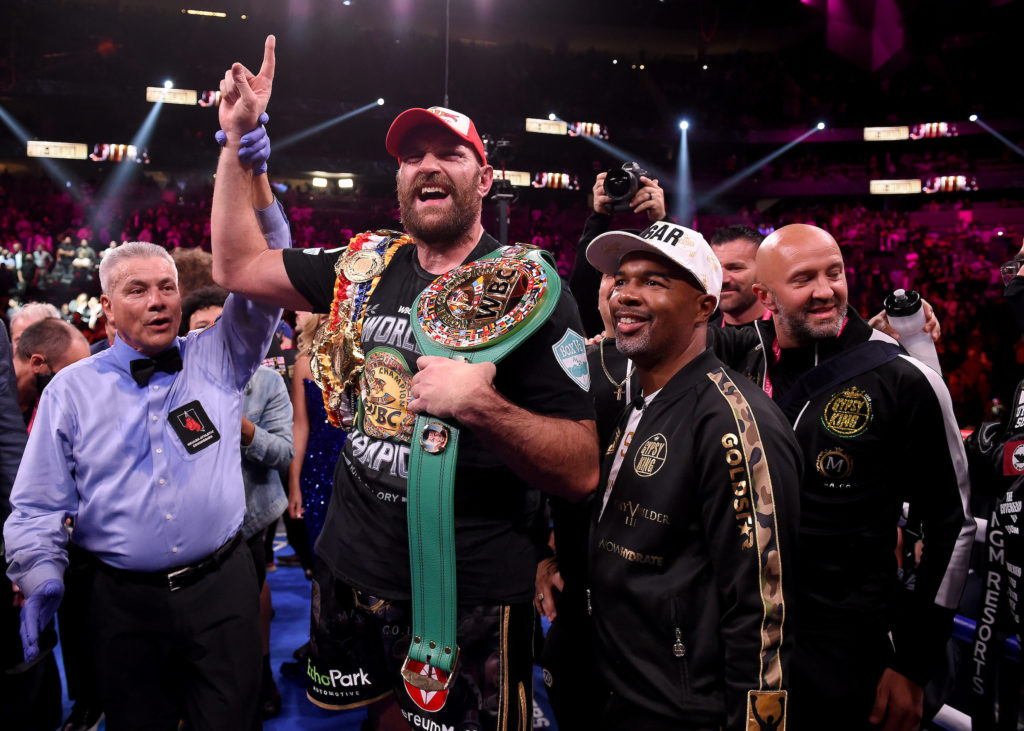 In the ongoing soap opera-filled corruption of world boxing organizations, another chapter for the Heavyweights was written, when the World Boxing Council refused to take the expected action of having their world champ, Tyson Fury be ordered to defend his title next against the man who has been their top contender for over a year and a half, England’s Dillian Whyte.

First the WBC made clear their latest rankings Tuesday afternoon at their annual convention in Mexico City,

As you can see, they distinguish Whyte as the “interim champion” and have former WBC champ, Deontay Wilder listed as the top contender.

Fury just defeated Wilder by KO for the second straight time back in October, so that rating is obviously not relevant for Fury’s possible next fight. Whyte and his promoter, Eddie Hearn of Matchroom Boxing, have been touting for months that Fury would be ordered to fight Whyte next.

This, as the possible undisputed world title fight for Fury with Ukranian Oleksandr Usyk cannot happen anytime soon. That’s, because Usyk must give the man he defeated for the WBA, IBF and WBO World Titles, England’s Anthony Joshua, an immediate rematch in early 2022.

So, that brings us back to Fury and whether he has to defend against Whyte next, or not.

Talksport.com in the U.K. reported Tuesday afternoon that the WBC is refusing to mandate Fury-Whyte to happen next because Whyte and Hearn are suing them over his #1 contender status being passed over.

That legal action was filed in June of 2020. However, Whyte got knocked out cold by Russian Alexander Povetkin two months later, which temporarily rendered the suit and it’s claims moot. Even though Whyte revenged that loss with a 2nd round KO of Povetkin earlier this year, it obviously didn’t carry enough meaning for the WBC to order the winer of the October Fury-Wilder to fight him next

And now, on Tuesday, they’ve apparently refused to do it, again.

To further complicate things and probably hurt his credibility for fighting Fury. Whyte pulled out just 10 days short of his scheduled Heavyweight contender bout with Otto Wallin scheduled for Ocotber 30th. Whyte cited an unverified “shoulder injury” as the reason, but everyone saw right through the main motivation being to not risk losing, again, before getting to fight Fury for a much bigger payday.

So, it’s all unclear for the moment about what Fury is allowed to do for his next fight? There is speculation that WBC contender, Agit Kabayel of Germany, may be the guy that Fury and his co promoters Bob Arum of Top Rank and Frank Warren of Queensberry Promotions try to line up for early 2022. Kabayel is currently #8 on their rankings.