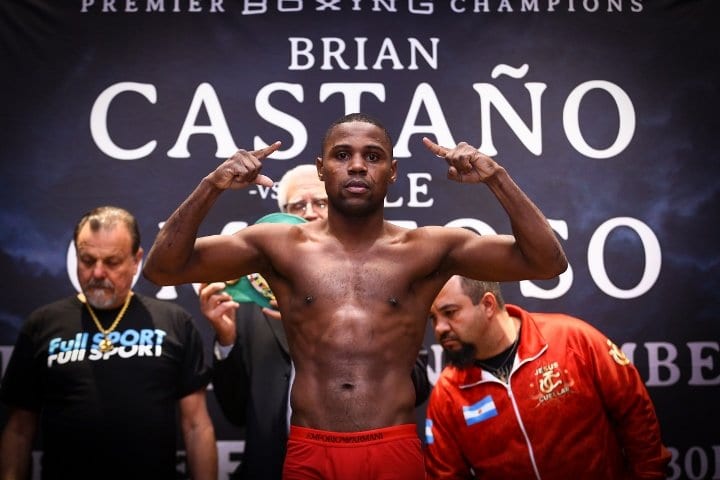 You can never be to sure what world boxing organizations are truly doing with their titles and rankings. From multiple “champions” in the same weight class to top 10’s that seem to move up and down like elevators despite fighters not fighting or much less, losing. Still, what the prestigious World Boxing Council is doing at Lightweight these days isn’t helping anyone, including them.

On Monday afternoon, the WBC tried to clarify what will be on the line, not only when Devin Haney is defending some part of the WBC 135 lb. belt against Jorge Linares Saturday night, but also with it’s new main event battle in July now  for with Javier Fortuna and JoJo Diaz,

In their. Monday statement, the WBC tried to make it clearer what their path will be moving forward for Haney Saturday (or Linares, if he wins) and for the “hard luck” Fortuna, if he can get past Diaz,

Recently, WBC Interim Lightweight Champion Ryan Garcia notified the WBC that he was taking a leave from boxing to address ongoing health issues. The WBC fully and unconditionally supports Champion Garcia. The WBC will stay close to him during his process, and the WBC Board of Governors will assess his situation once he is ready to return to the ring.

The WBC has received a request to sanction the bout between the #2-rated Lightweight Javier “El Abejon” Fortuna (36-2-1, 25 KOs) against the #5-rated Super Featherweight contender Joseph “Jo Jo” Diaz (31-1-1, 15 KOs) for the WBC Interim World Lightweight Championship. The Fortuna v. Diaz bout is scheduled to take place on July 9, 2021, in Los Angeles, California.

The item then went on to detail Fortuna having tried to fight England’s Luke Campbell for the top spot in the WBC’s rankings last April, but the outbreak of Covid 19 had shutdown the sport worldwide for over 60 days. Eventually, that fight was put on the back burner. And, then Fortuna was to have fought Linares for the top spot in August. That is, until Linares contracted Covid 19 and the fight was cancelled.

Eventually, Campbell took a fight with Ryan Garcia for the top spot in the WBC and Garcia won in January by KO to assume the #1 ranking.

So, that set Fortuna into play to fight Garcia and presumably, have the winner in place to Devin Haney.

But, just Fortuna’s luck of the last 15 months, Garcia decided in late April to pull out of their DAZN/Golden Boy Promotions main event due to what he says were “mental heath reasons.” And, it’s unknown, when he wants to be back in the ring?

And that led Diaz, a former 130 lb. World Champ and eager to step in, to be Fortuna’s next scheduled foe.

Are you still with all of this?

The further lack of clarity is that the unbeaten Haney had been named “champion in recess” by the WBC because he was injured. Of course, the organization had designated Vasyliy Lomachenko, as it’s “Franchise” champ previous to his Undisputed bout with Teofimo Lopez last October meaning he was the title holder until beaten.

And, of course, Lopez subsequently won their bout by decision and therefore, should be considered the WBC’s legit champ.

Then, again, it’s the WBC. Further, after Lopez defends against George Kambosos next month, who knows how much longer he stays at 135 lb.

Meanwhile, Haney’s shoulder has now healed, but instead of fighting Fortuna, it’s Linares, who’s back healthy from Covid 19. And, that will be the Matchroom Boxing Main Event from Las Vegas this Saturday night.

Hopefully, you’re still with us.

So, what the World Boxing Council tried to clear up is this: essentially the Haney-Linares and Fortuna-Diaz fights are like semi-finals in a tournament with the winners set to meet.

That is, until Garcia wants back in, as the former #1 contender.

Or Lopez rightfully asserts that he beat the WBC’s top guy in Lomachenko last year and still wants to defend his Undisputed belts against a top WBC fighter.

Or, Haney decides he wants Garcia or someone other than the Fortuna-Diaz winner coming in July.

No, nothing is certain in boxing and while being good to Javier Fortuna, everything else the WBC has done or is doing in the short term certainly isn’t helping for one of the most prestigious and tradition rich non-Heavyweight divisions.