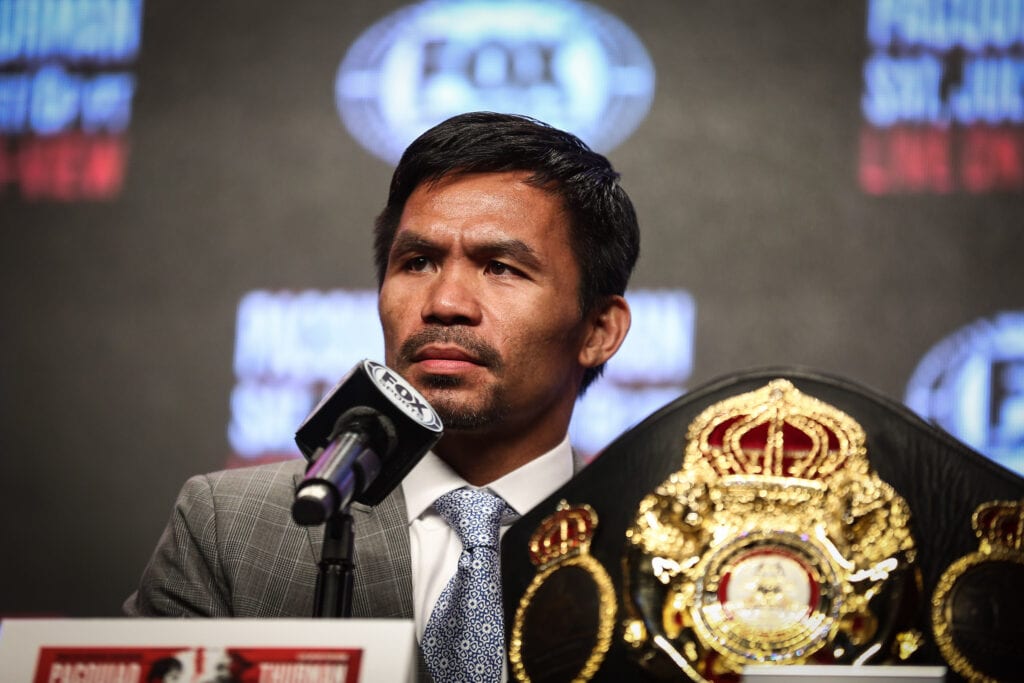 The World Boxing Association (WBA) did a couple of moves Friday, and stripping Jean Pascal is one of the expected, albeit pointless ones they put in motion for the boxing sanctioning body.

Pascal, last heard from arguing with Dan Rafael about being caught with the entire banned substances pharmacy in his system before his rematch with Badou Jack, was removed as the “regular” Light Heavyweight champion.

According to the WBA’s rules, Pascal was allowed to open the B-sample. In almost every situation, the B-sample comes back with the identical test result as the A-sample.  Pascal tested positive for a trio of banned substances – Drostanolone, Drostanolone metabolite, and Epitrenbolone.

WBA rule C.45 notes: “no boxer who has tested positive for a banned substance can be ranked, retain a title or participate in a WBA sanctioned fight within six months of the test.” This would all be important, but it’s a belt that isn’t in the grand picture of titlist.  I’d also be shocked if we see Pascal at age 38 makes any noise anytime soon.

Another move that the WBA made yesterday was actually a bit shocking one, as they denied Manny Pacquiao his request to be reinstated as Welterweight champion. That means the bout between the future Hall of Famer and Errol Spence will be for Spence’s two belts from the T-Mobile Arena in August. The move would have yanked promoted champion Yordenis Ugas of the “super” champion status that they promoted him due to the inactivity of Pacquiao.

Realistically, it would have been more of a sham that they would play “Hot Potato” with a title so prestigious.

Sorry, the sarcasm font isn’t working, but at least the 34-year old Cuban keeps the title he was elevated to. The question for Ugas now is who is he fighting next?

Don’t say Andre Berto cause he’s been out in front stating that he hasn’t gotten the memo and also hasn’t fought since 2018.

Second time in less than a week that Andre Berto himself has dismissed any rumors of his being next for Yordenis Ugas, for those who continue to report otherwise… https://t.co/a4dXCmYmfi

So, the mess at 147 that the WBA has is the same as before, with a logjam of interim and other secondary champions that would bore me to tell you. Just know that at some point, the names Jamal James, Radzhab Butaev, and Eimantas Stanionis will have a claim or stake the belt that Ugas has.

How soon will they sort that mess out or compound it will sorely depend on your view in trusting the WBA?