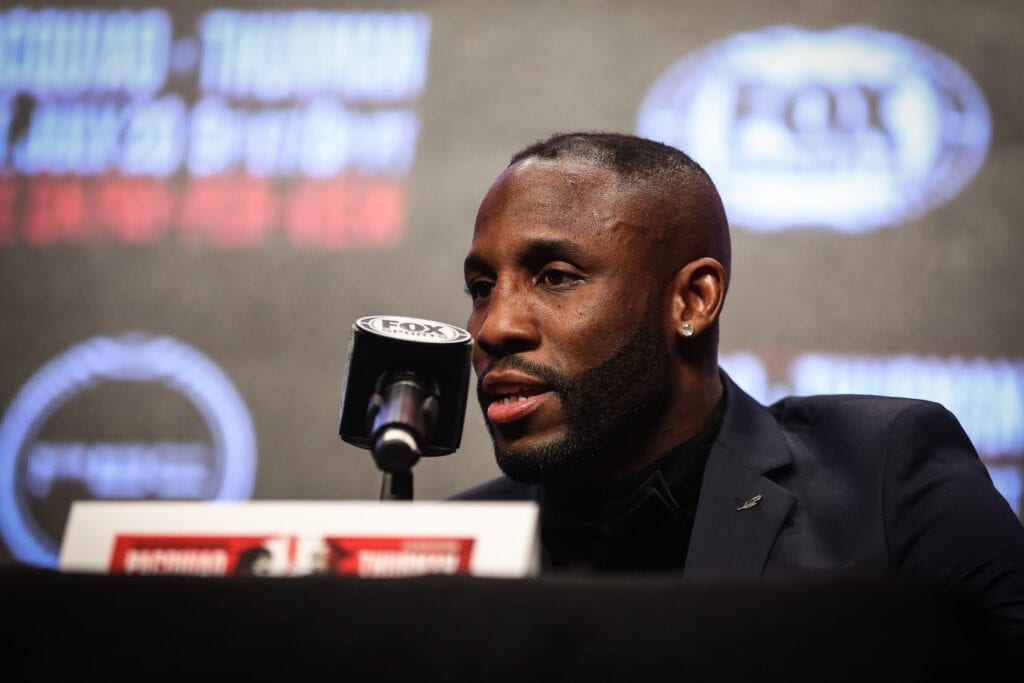 Veteran Yordenis Ugas To Doubters- “I Feel Better Than Ever”

And, in case there are doubters about Ugas’ abilities and more specifically his age, he had a message for them earlier this week.

Appearing on PBC’s media conference call earlier this week, the Cuban born Ugas made clear that at 34 years old, he still feels fantastic:

?: The Thousand Mile Journey of @YordenisUgas.

“I feel better than ever at 34-years-old. My preparation could not have been better. I feel great at this weight and I’m so ready to put on a show on Sunday,” Ugas said.

“I’m ready to show the fans the best performance of my career.

I don’t feel any pressure about being the first Cuban welterweight champion in 45 years. To me, fighting for Cuba is a big motivation. I’ve fought since I was ten-years-old and overcame everything. Right now, I just want to make my country proud. I want to show my best effort on Sunday night.”

Ugas (25-4, 12KOs) will take on his fellow Premier Boxing Champions stablemate Abel Ramos (26-3-2, 20KOs) for the WBA secondary title at Welterweight Sunday night at the Microsoft Theater in Los Angeles. Ugas has already been slated to challenge for the “interim” belt, as he was the number one contender.

We previewed this fight and the potential future for Ugas on the most recent Big Fight Weekend podcast:

Of course ultimately, Ugas would love to get back in front of Shawn Porter, whom he lost to in a tough 12-round battle for the vacant WBC World 147 lb. title in March of 2019. He also said Thursday that he learned from not finishing the Porter fight strong,

“The biggest lesson I learned from the Shawn Porter fight is that I can’t get overconfident. I thought I had it in the bag, and it really wasn’t that way. I have to always be attacking. I can never assume anything, no matter how the fight might look at the moment.”

Ugas may also be a candidate to fight fellow Welterweight contender, Jamal “Shango” James, who was victorious over Thomas Dulorme at the beginning of August as PBC resumed their series of fights on Fox.