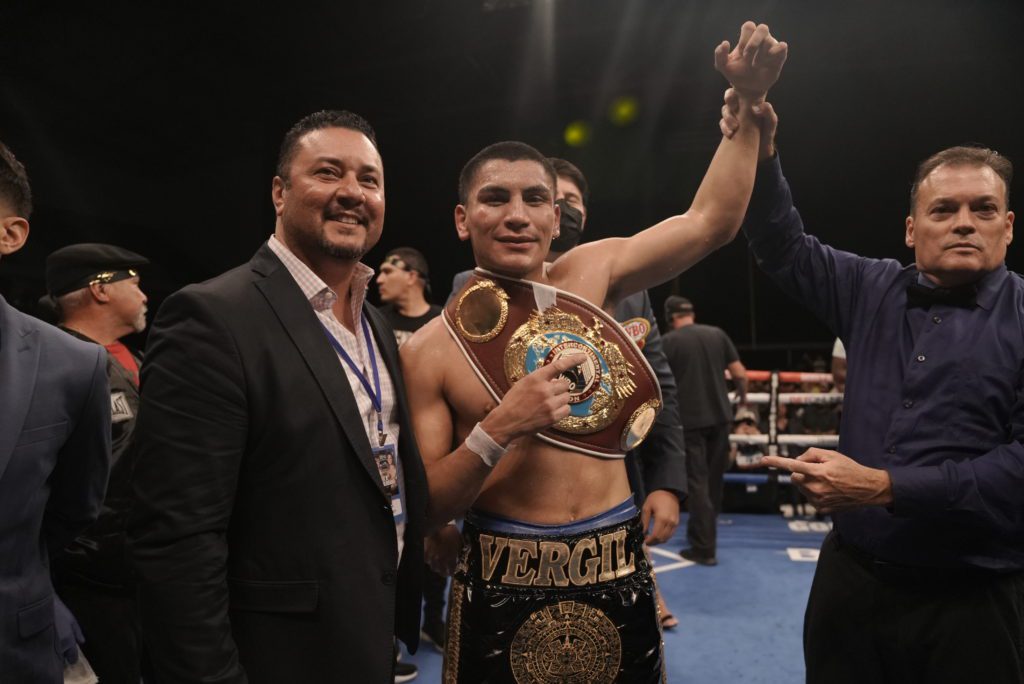 Ortiz does not yet have an opponent and there is no set site, but De La Hoya said he will headline a card on DAZN.

Ortiz (18-0, 18 KOs), 24, of Grand Prairie, Texas, has not fought since last August, when he knocked out former world title challenger “Mean Machine” Egidijus Kavaliauskas in the eighth round in Frisco, Texas.

Ortiz was due to face England’s Michael McKinson on March 19 in Los Angeles, but withdrew from the bout due to illness. Five days before the fight Ortiz was hospitalized in Los Angeles and diagnosed with rhabdomyolysis, which occurs when damaged muscle tissue releases proteins and electrolytes into the blood. It can damage the heart and kidneys and in the most severe cases cause death.

“It was very unfortunate what happened to him in his last outing that he was supposed to have,” De La Hoya said. “It was personal issues with his diet, with his health. He’s doing great. He’s doing fine. He’s training. He’s running. He’s motivated. This is one of the best welterweight prospects, contenders, that anyone can have in their stable. Vergil Ortiz is a very dangerous, dangerous fighter who can beat anybody in the welterweight division, so we’re very, very excited about Vergil. Aug. 6 is his date. We’re working on all the details.”

Ortiz, who has registered a KO in everyone of his professional bouts, is still the premier top ranked fighter by three of the world organizations. This includes him being #1 by the WBO for which Terence Crawford currently holds their world title. And, he’s also #1 in the WBC and the WBA, where Errol Spence holds those unified titles. Finally, Ortiz is also #4 in the latest IBF world rankings.