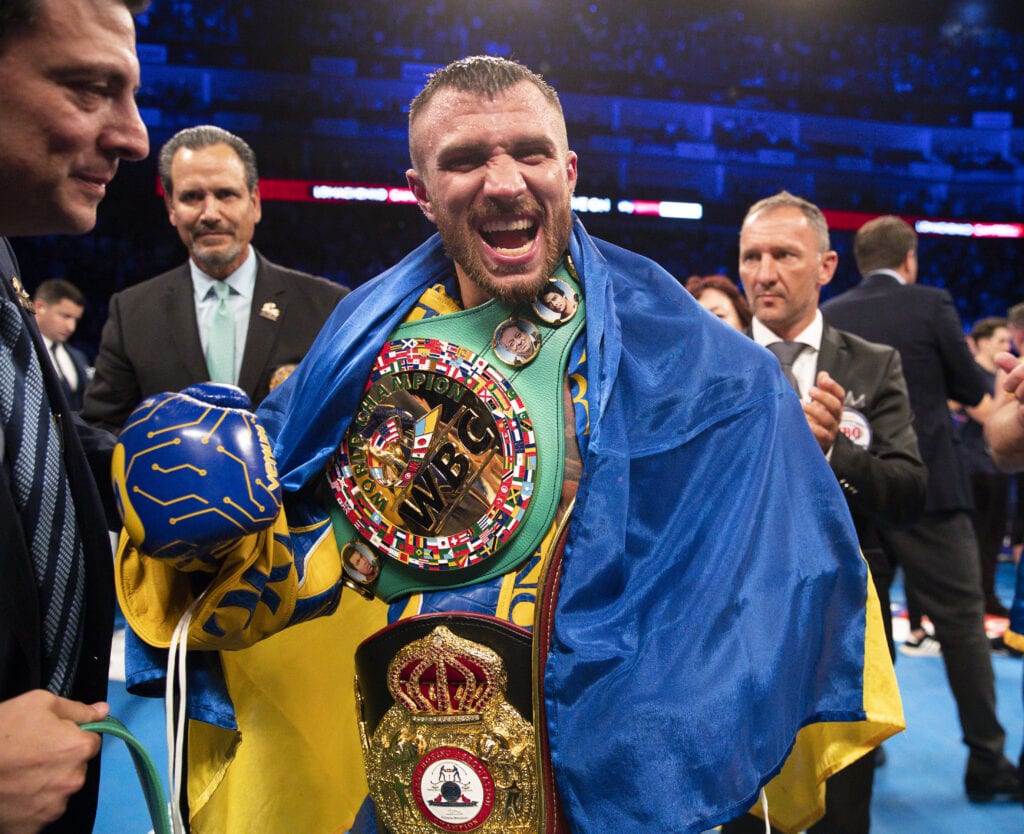 There’s nothing quite like fighters confirming their own news and on Monday afternoon, World Lightweight Champs Vasiliy Lomachenko and Teofimo Lopez did just that for their upcoming October bout.

Top Rank Boxing, who is slated to promote the upcoming Unified World lightweight championship battle between Loma and Lopez tweeted out the pictorial evidence that the deal is done:

As we wrote last month, the Ukrainian former Olympic Gold Medalist and now, the WBA /WBO and WBC “Franchise”  Lightweight titleholder Lomachenko is set to take on the young, unbeaten, IBF champion Lopez from New York in the Top Rank “bubble” in Las Vegas on October 17th.

Lomachenko 14-1, 10 KOs and Lopez 15-0, 12 KOs were originally supposed to fight on May 30th at Madison Square Garden before the Coronavirus outbreak shut down the sport in mid-March. Arum had been looking at Saturday night dates in September and maybe with some socially distanced fans able to attend. Instead, Top Rank will keep it within their controlled environment at the MGM Grand conference center.

Lomachenko reportedly took a pay cut of approximately $800,000 of his original, reported $3+ million purse and gave it to Lopez to help make the fight happen.

Further the fighters also agreed with promoter Bob Arum to not have the fight on ESPN + and/or Pay-per-view. Instead, one of the top fights of the remaining four months of this year will be available on a regular cable TV for ESPN on October 17th.

Lomachenko’s last bout was last August 31st, when he scored an impressive, easy 12 round unanimous decision win over England’s Luke Campbell to add the vacant WBC belt and become Unified 135 lb. champ. And, he’s clearly, been in with better competition than the younger Lopez. This, as three of his four previous fights he defeated Jose Pedraza, Jorge Linares, and Gulliermo Rigondeaux, all of whom were previous World Title holders.

Lopez comes off his two round destruction of Richard Commey last December to capture the IBF belt.