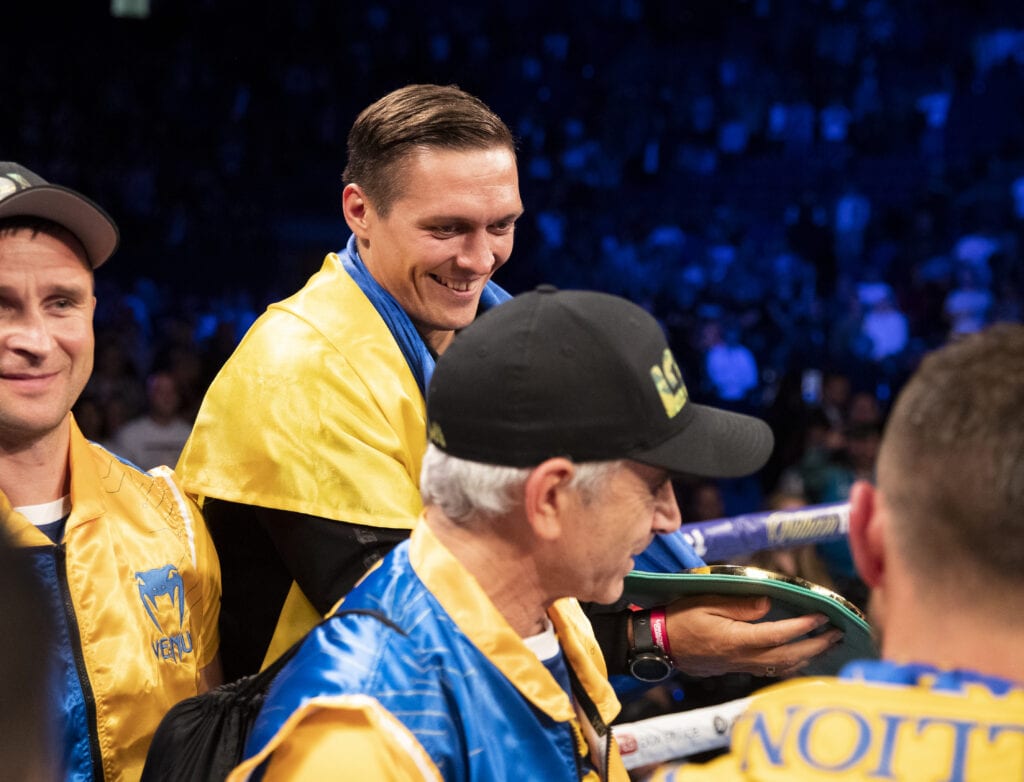 Usyk and possible opponent in action this weekend

One thing that was my biggest takeaway was that Oleksandr Usyk was the biggest winner of the boxing weekend and he didn’t have to lace up the gloves.

Usyk (16-0, 12 KOs), started his takeover of the weekend by going viral after by hilariously photobombing Top Rank promoter Bob Arum during his post-fight interview with Sky Sports. The interview with Arum took place after Vasily Lomachenko defeated Luke Campbell in London to capture the vacant WBC Lightweight title.

Just when you thought you couldn't love @usykaa anymore… pic.twitter.com/2eJZASILGs

Usyk is set to make his heavyweight debut against someone in Chicago on October 12th on the streaming platform DAZN. The names that were floated around that out are Carlos Takam and Andrey Fedosov. The one name that has been reported by several sources is that Tyrone Spong will face undefeated Ukranian.

Spong himself was in action Saturday night and scored his first win of 2019 by stopping Ecuador’s Jeyson Minda in two rounds Saturday evening in Merida, Mexico. Spong in the contest not only was an opposing figure over the smaller Minda but also displayed some power knocking down Minda twice to end that contest quickly in the 1:42 of the second round. You can rewatch that dismantling and the entire Armor Box card that took place live on their Facebook page here.

One thing for sure is if he faces Spong, it will be pretty close in terms of a height comparison for the two as Usyk is 6’2″ while Spong is 6’3. What is known about Tyrone ‘The King of the Ring’ Spong is that he is a former MMA fighter from the Netherlands. Spong had been injured after coming off a split decision victory against Ytalo Perea last December which was the only fight in his career that had gone the distance of ten rounds.

Does he pose a threat against Usyk who is currently the WBO mandatory challenger at heavyweight? On paper, it’s hard to say yes. At least with Spong in action last night there is at least recent footage of what he brings to the ring in the matchup if it becomes official from K2 Ukraine and Matchroom Boxing against Usyk.