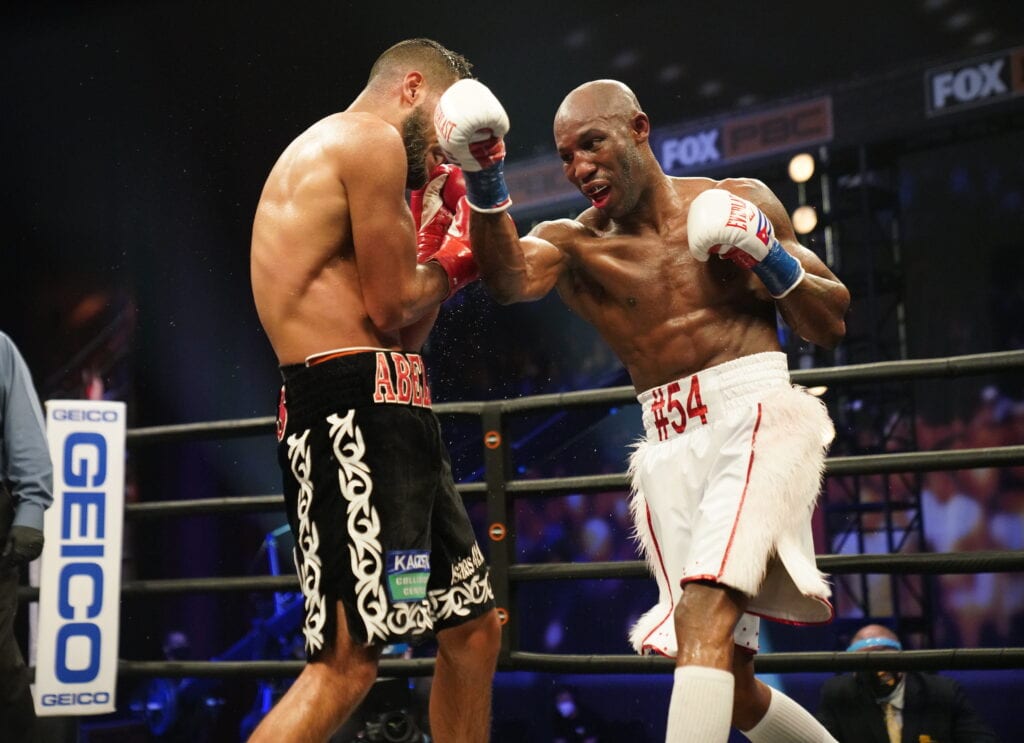 Sunday night boxing from the Microsoft Theatre in Los Angeles saw Yordenis Ugas take on Abel Ramos in the “PBC on Fox” main event, and Ugas took care of business as he cruised past Ramos by split decision.

The contest was for the WBA “Regular” title ( I don’t know what that means at this point), but for Ugas (26-4,12 KOs), this was his third straight win since his debatable 12 round defeat to Shwan Porter last year.

Ugas was the heavy favorite going into the contest, and from the onset, he was looking to control the pace of the fight. Ugas started landing the jab early on and able to beat Ramos (26-4-2,20 KOs) to the punch nearly. Ugas would also follow that up with shots to the body.

There was a graphic they showed by the third round that showed that Ramos wasn’t able to get anything going, being out landed 23 to 3.  Lennox Lewis on the Fox Sports broadcast hinted that Ramos wasn’t attacking Ugas to the body at all and stated that he was “timid” in the fight.

When Ramos was successful, it was in spurts when he let his hands go and apply pressure in close to Ugas. That, however, felt far and few between in this contest for the first half of the fight. Ramos got this opportunity as he pulled off a last-second stoppage win against Bryan Perella back in February.

The broadcast even hinted ad nauseam of the possibility of this happening again but didn’t repeat itself in this fight but DID COME CLOSE heading to the final bell.

It's heating up after @YordenisUgas and Abel Ramos trade shots at the end of Round 6! ?#UgasRamos pic.twitter.com/t0a1sJo8s8

The action picked up in this one in the fifth round with both men trading. That continued in the sixth round of this one with both standing te to toe trading shots.

One thing is for sure is that Ugas was sharp in this contest, and while Ramos was game for the match, the strategy he had for this fight of trying to outbox Ugas wasn’t the ideal plan for him in this one. By the ninth round, it became clear that he was able to oppose his will, and the levels apart were showing.

For Ugas and this victory, this puts him back in the mix in a stacked division at 147. While I’ve written that a contest with Terence Crawford would be fun., that isn’t likely. However, a fight with Jamal James is in an exciting rematch bout that Ugas won back in 2016.