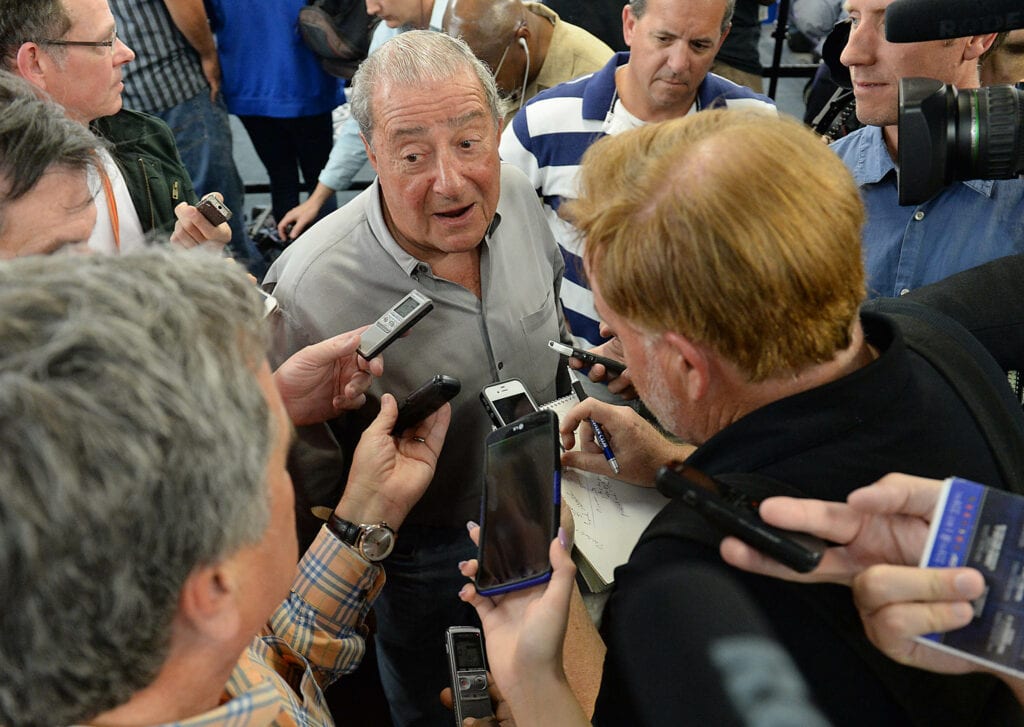 Top Rank Boxing announced today that Lineal heavyweight champion Tyson Fury with his promoter Frank Warren have signed a deal which will have Fury co-promoted under the Top Rank banner.

Fury will begin to  have his future bouts co-promoted by Top Rank and Warren’s Queensberry Promotions, with the deal meaning a minimum of two bouts per year will be taking place in the United States.

According to their agreement. That means Fury’s bouts will appear on all ESPN platforms. The network and Top Rank have a multiyear deal.

“I’m delighted that Frank and Queensberry Promotions have teamed up with Top Rank to promote my fights in America,” Fury told the media. “With ESPN and (British broadcaster) BT Sport behind me, the biggest sports platforms in the world are now linked up with the best heavyweight in the world.”

Big thanks to @MTKGlobal and @frankwarren_tv for getting this deal done. Now the best heavyweight on the plant has a home in ?? @espn and a home in ?? @btsport pic.twitter.com/lbOME1TM51

Top Rank and Warren were already under an earlier deal for most of his Warren’s United Kingdom cards were streaming on ESPN+ in the United States. This promotional deal with Fury clouds up the prospect of his rematch with world titleholder Deontay Wilder.

While not off the table, this may have been the reason the negotiations have stalled. Both Wilder and Fury camps have been in negotiations for a rematch of their Dec. 1 draw at Staples Center in Los Angeles. A bid for the bout has been postponed twice because they were close to a deal.

“Top Rank is very excited to enter into the promotional arrangement along with Queensberry Promotions for the lineal heavyweight champion, Tyson Fury,” Top Rank chairman Bob Arum said. “He is a generational heavyweight talent at the peak of his powers. We also look forward to our growing relationship with (Fury manager) MTK Global, which represents so many world-class fighters.”

The rematch, if finalized, is still being set tentatively for either April 27 or May 18  date with the location being in New York or Las Vegas.