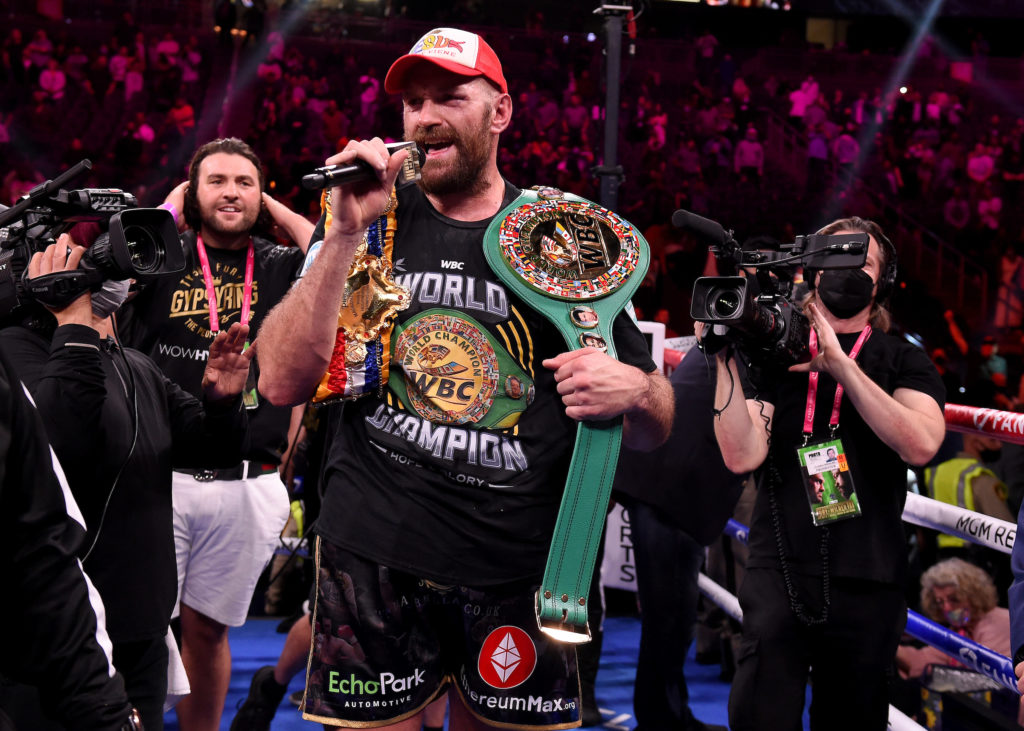 What had been rumored for the past three weeks was officially announced on Friday afternoon- WBC Heavyweight champ Tyson Fury will make his first U.K. defense against countryman Dillian Whyte on April 23rd at London’s famed Wembley Stadium.

Fury in conjunction with promoter Frank Warren and Queensberry Promotions actually put this video promoting the announcement out on social media,

It’s believed that there will be a press conference coming as early as Monday involving “the Gypsy King,” to further discuss his defense. It’s not clear whether Whyte will show up for the announcement press gathering or not?

As we wrote previously this week, the English born contender waited all the way until the 21st day of the 21 day deadline the WBC gave him to sign the agreement to meet Fury, as their # 1 contender.

The WBC has maintained that the purse split will be 80% / 20%, which means Fury stands to make over $30 guaranteed. And, that will also be the highest pay day of Whyte’s career as he is set to make somewhere around $8 or $9 million guaranteed.

Hear us discuss the matchup and the venue for it, on our latest “Big Fight Weekend” podcast, as David Payne, aka “the Boxing Writer” from the U.K. is our guest.

Fury was last in the ring in October when he beat former champion Deontay Wilder decisively for the second straight time. This time by 11th round TKO stoppage. He’s also the former Undisputed Heavyweight titleholder after having defeated at Wladimir Klitschko by decision in 2015. However, after that upset win, Fury very famously disappeared from the boxing landscape for over two years suffering from depression and drug and alcohol abuse problems. Then, he vacated all of his titles.

Whyte, who previously lost to Anthony Joshua in 2015 non-title battle by KO was last in the ring in March of 2021. That’s when he avenged a KO loss to Russian Alexander Povetkin by beating Povetkin in just two rounds in their rematch.

While the massive crowd will generate a large ‘live gate” figured for Queensberry promoting the bout, it’s the pay per view in the U.K. specifically and also in the U.S. that will help offset the cost of the guaranteed money that Warren is laying out.