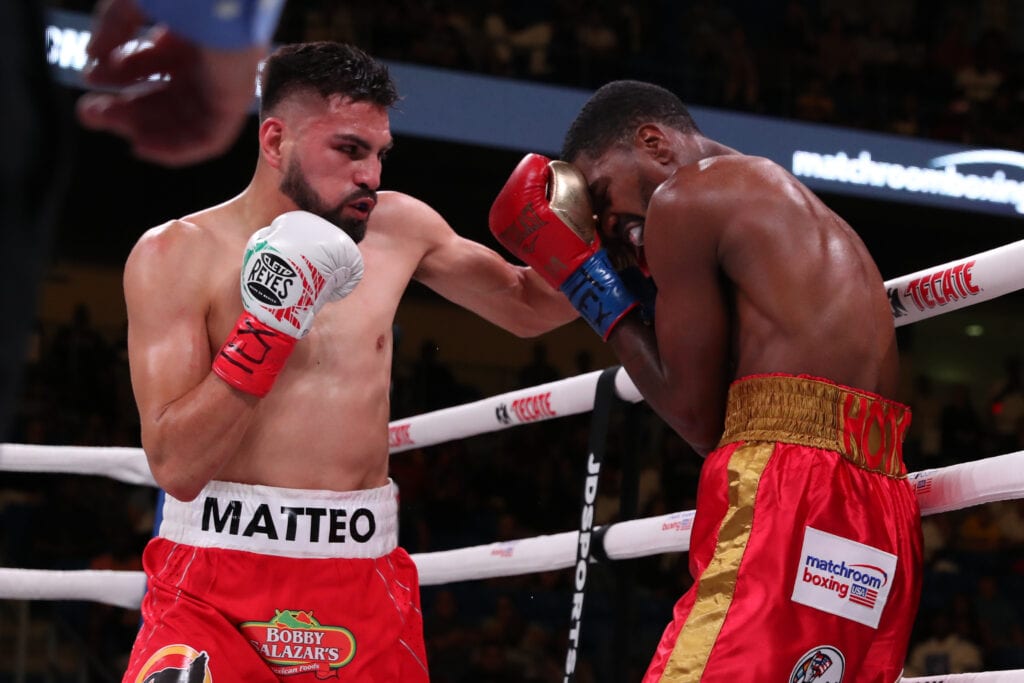 And, as if the delays from Covid-19 and the fact that a possible Undisputed title fight with the other 140 lb. Unified champ Josh Taylor for Ramirez isn’t enough of a backdrop, there are other intriguing angles as well.

First, the fight was originally scheduled for February in Macau, China but the initial outbreak of the Coronavirus there caused the postponement of the fight and its rescheduling for Ramirez’s home area of Fresno, California, in May.

However, that quickly fell by the way side again, as the sport completely shut down for over three months.

This means that Ramirez has not been in the ring, since the most significant win of his career in July of 2019, when he wiped out unbeaten WBO super lightweight champ, Maurice Hooker, (above) in six rounds to unify his portion of the title.

Meanwhile, Postol also previously had the WBC 140 lb. belt after a knockout win over Lucas Matthysse in October of 2015. But it was short lived, as the next July, Terence Crawford dominated him on the way to a 12-round decision win.

The Ukranian-born Postol also was beaten in the World Boxing Super Series early stage by the Scotsman Taylor on a unanimous decision in June of 2018. Now, at 36 years old, he will try to summon one more big performance in this marquee showdown.

And finally, one final backdrop is famed trainer Freddie Roach. Roach used to be in Ramirez’s corner in 2018, but he’s once again going head-to-head against the WBC/WBO champ, as he’s in Postols corner for this matchup.

Roach was previously in the corners of opponents Antonio Orozco and Jose Zepeda, the last of whom Ramirez beat by majority decision in February 2019 capture the WBC belt.

Ramiez and Roach both have said publicly multiple times that there is no bad blood between them and that their professional “divorce” is something that happens all the time in the sport.

But, you know he wants another win to demonstrate that he didn’t need iconic cornerman.

So, Saturday night is big, for a lot of reasons, for the 28 year old Ramirez, especially, his short term future.