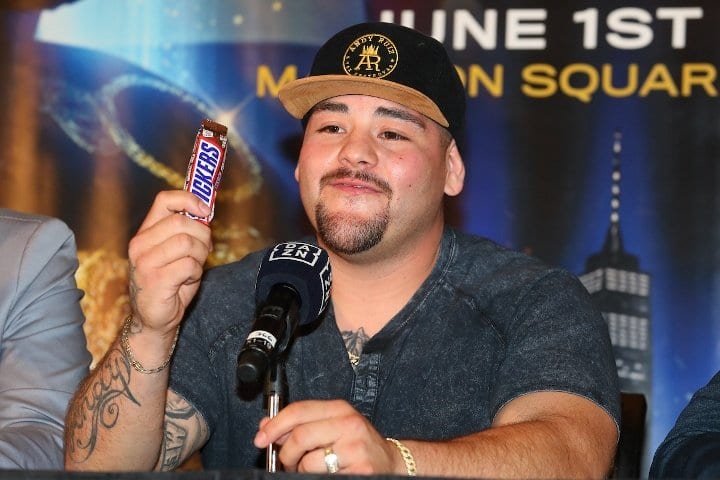 Trainer Atlas on Ruiz- “Like dealing with drug abuser”

Atlas “let loose” on the midday boxing show on SiriusXM “The AK and Barak Show” about the prospects of helping Ruiz in his corner.

“I haven’t agreed to anything, other than saying that if you’re serious, you come to New York and you spend a couple days with me,” Atlas said to the hosts on SiriusXM.

“During that time, I would work in the gym, see how coachable you are, get an idea and a feel for your attitude and ask some very important questions – I think important for you, but definitely important for me.

Let’s be honest, social distancing from a few certain people has been nice 😀 #dontlie

What are those questions? Atlas continued speaking about Ruiz:

Why is this important to you now? You’re a multi, multimillionaire. Why is it important to you? Why? Why do you wanna continue doing this? And what is your expectation? And I would listen to him. And then I would have a decision to make. And he would have a decision to make, whether or not he could get along with my philosophy, that he could buy into what I would believe.”

Atlas is questioning Ruiz motivation in his ring as he feels that it goes deeper than Ruiz stating he was partying too hard. That was the reason Ruiz gave after his poor effort in the rematch against Anthony Joshua last December in Saudi Arabia.

“With a kid like Ruiz, it’s almost like dealing – and this is gonna sound harsh, and I don’t mean it to sound harsh – but again, the truth sometimes can sound that way,” Atlas stated. “It’s almost like dealing with a drug abuser. You know, he’s got a problem with eating. And if you had a kid that you were really trying to save from drugs, what would you do? You don’t have to be a drug counselor to understand that you’d remove him from the things that are comfortable for him.

You remove him from his surroundings. Well, the same thing with a Ruiz. I’d have to remove him from his surroundings. ‘Oh, Teddy, you don’t want him with his father. Oh, you don’t want him with his family. Oh, you wanna be a dictator.’ Uh, yeah. Yeah. You wanna call it that, go ahead and call it that. You have to do what’s gonna be able to change things.”

Atlas changing the landscape for Ruiz from California to New York away from his family to try to get him back into the title picture isn’t nothing new. Calling a perspective client a drug abuser to help him out however doesn’t sound like a ringing endorsement.

Ruiz is still in the hunt for a trainer after letting Manny Robles go after his loss last year and once COVID-19 settles, we’ll see if he takes Atlas’s offer up on meeting with him.

British boxing authority suspends everything through April
NSAC Cancels March Hearing, Schedule TBD
Advertisement
To Top
We use cookies to ensure that we give you the best experience on our website. If you continue to use this site we will assume that you are happy with it.Ok