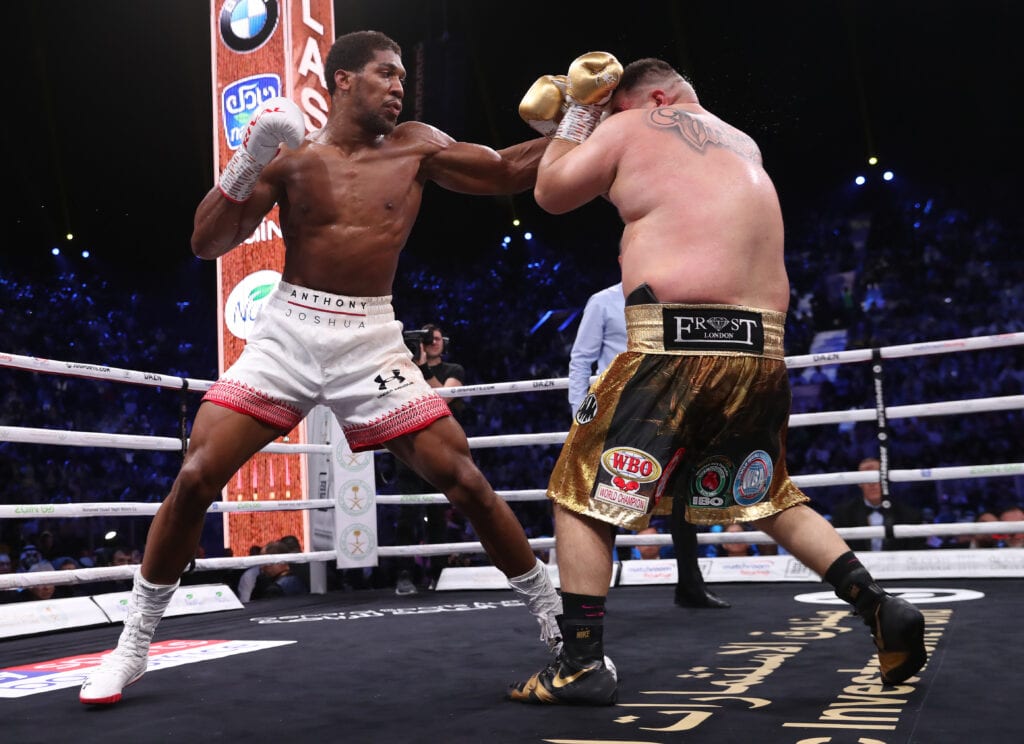 When Andy Ruiz came into Friday’s weigh-in against Anthony Joshua at 283 pounds, every red flag, and instant comparison to James “Buster” Douglas came to everyone’s mind in the world of boxing. Following Ruiz’s effort and loss to Joshua in their rematch bout in Saudi Arabia Saturday night, the signs of history repeating itself seemed to come in full effect.

In his press conference following the defeat, Ruiz expresses sincere apologies and remorse for his performance, which wasn’t his best effort.

“A lot of things were going on. There is no excuse I learn from my mistakes. I know I will be ready for the next one. The partying and all the stuff got the best of me.

Andy Ruiz: 3 Months of Partying, Celebrating Got Best of Me! https://t.co/wgOfuQhEqy pic.twitter.com/rZuyzHaalJ

Ruiz was admitting that the partying got the best of him. You can follow back and see for yourself on his Instagram account since winning the first match between the two back in June in New York City. The constant theme to anyone watching the DAZN streamed event was that everyone had a food joke or a hundred in describing Ruiz’s shape. DAZN boxing analyst and Big Fight Weekend podcast guest Sergio Mora had the line, “I’ve had the food here in Saudi Arabia, and the food is delicious,” when talking about the weight Ruiz put on.

Douglas, in his bout when he came in overweight to lose to Evander Holyfield, was quoted when asked how did he put the weight for his 1990 match by jokingly saying, “Second and third helpings.”

While weight was an apparent factor in the fight, Ruiz, while in training camp, was slimmer at the beginning of it but admitted in the presser that he gained the weight shortly as the camp kept on.

“I was slimmer [at the start, I put on the weight, and it was my mistake,” Ruiz said. “I felt too confident. I should have trained harder and listened to my team and coaches. We did the best we can. I can’t wait for the next fight. He won one, I won one, and this is a trilogy.

We’ll see if this third fight comes to fruition as both IBF and WBO mandatories were placed and mentioned shortly after the bout. Anyone who saw this outing by Ruiz will be hard-pressed to see these two going back at it again anytime soon.

Final Thoughts heading into Ruiz-Joshua II
Who’s next for Anthony Joshua?
Advertisement
To Top
We use cookies to ensure that we give you the best experience on our website. If you continue to use this site we will assume that you are happy with it.OkPrivacy policy