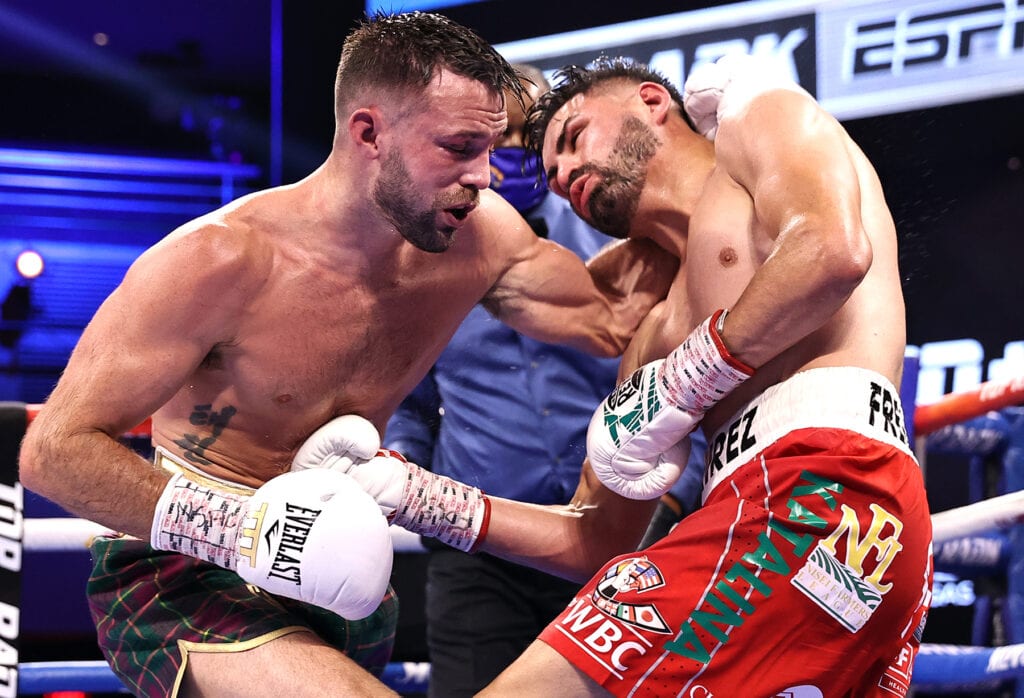 Taylor (19-0, 13 KO), 31, had talked about moving up to welterweight immediately following his controversial split decision win against WBO mandatory challenger Jack Catterall on Feb. 26, but has instead decided to remain at 140 pounds.

“Josh wants to pursue the Zepeda fight, so we are pursuing the Zepeda fight, which was mandated by the WBC,” Top Rank president Todd duBoef, who promotes Taylor and co-promotes Zepeda with Zanfer Promotions, told Big Fight Weekend.

Zepeda (35-2, 27 KOs), 32, of La Puente, California, a former lightweight and junior welterweight world title challenger, has proven to be a worthy top contender.

In a 2015 lightweight title shot against Terry Flanagan, Zepeda was stopped in the second round due to a shoulder injury, but since a debatable majority decision loss in 2019 challenging then-WBC junior welterweight titlist Jose Ramirez (who would later lose a decision to Taylor in an undisputed unification fight), Zepeda is 5-0 with a no contest.

Included in that run is a decision over former two-division titlist Jose Pedraza, a fifth-round knockout of former junior welterweight titlist Ivan Baranchyk in the wildly dramatic 2020 consensus fight of the year and a stunning first-round destruction of Josue Vargas in a regional title bout in October.

“Zepeda had a fight of the year with Baranchyk and a one-round knockout of Vargas and is now in the mandatory position, so we are working with both teams to put this fight on next,” duBoef said.