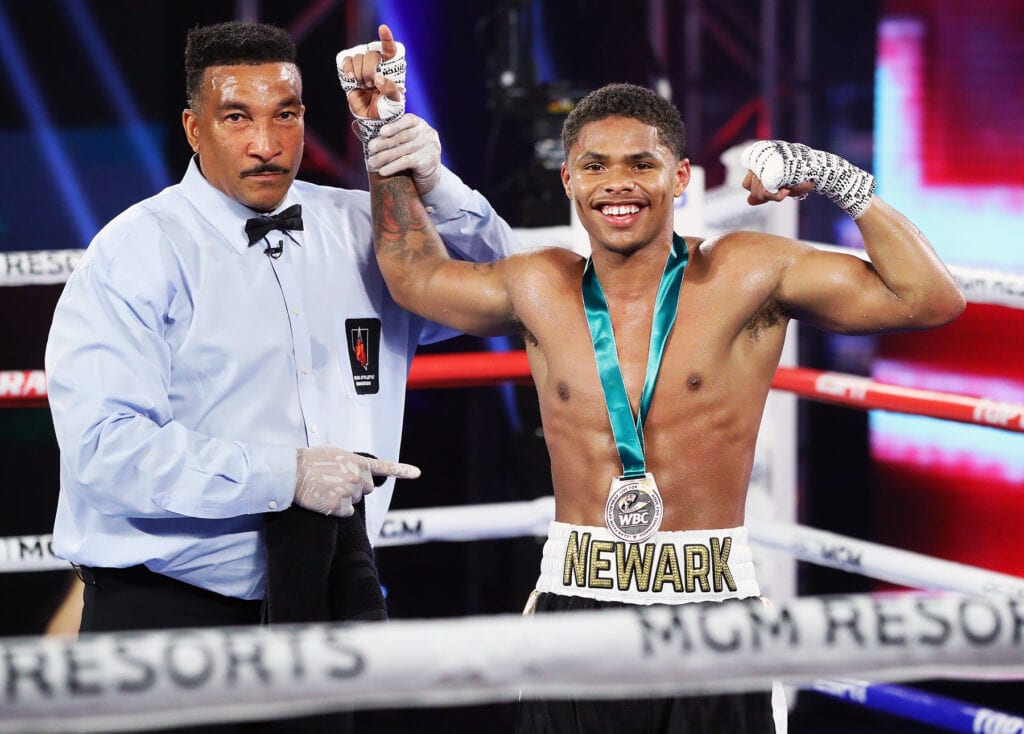 The return of boxing in the U.S. to cable network TV on Tuesday night did not resonate with the viewing public. This, as the ratings are in for Tuesday night’s cable shows and the Top Rank broadcast on ESPN wasn’t in the top 30.

Showbuzzdaily had the overnight cable ratings out Wednesday afternoon and the Top Rank resumption of boxing from Las Vegas, featuring unbeaten featherweight champ Shakur Stevenson in the main event, drew only 397,000 fans:

That number has to be a disappointment in that, there was no other live sports competition on Tuesday evening. And, it may speak more to the fact that Stevenson is not yet a huge name among sports fans.

This is especially, when you consider that Primetime NASCAR race coverage on Fox Sports 1 cable two weeks ago drew over a million fans.

The former Olympic Siver Medalist Stevenson did deliver a six round TKO with a devastating body shot over Puerto Rican Felix Caraballo. That improved his record to 14 – 0 and he is clearly one of the young American stars in the sport.

And, in fairness to Stevenson, the fighters on the undercard building to his bout, were all virtual unknowns and that didn’t help build audience towards his main event.

However, ESPN which has not had much to show during the week since the Covid-19 shutdown in March, has to be disappointed the their boxing broadcast was beaten badly by programs like “Vanderpump Rules” on Bravo, “Good Bones” on HGTV, and “Deadliest Catch” on Discovery, all of which had 1.5 million or more viewers in prime time Wednesday.

As has been the case the last few months, the night on cable television was dominated by cable news, led by Fox News Channel and CNN. Fox’s 24 hour news network averaged over 3.5 million viewers head to head with Boxing. And, CNN had over 1.7 million average watching.

Still, Top Rank is fully committed to putting on shows with ESPN televising, over the course of the next six weeks. And, their next one will be Thursday night featuring Jessie Magdaleno vs. Yenifel Vicente fighting in a 10 round lightweight main event.

Salita Promotions to host boxing shows at Kronk Gym
Jason Moloney pumped for his contest June 25
Advertisement
To Top
We use cookies to ensure that we give you the best experience on our website. If you continue to use this site we will assume that you are happy with it.Ok