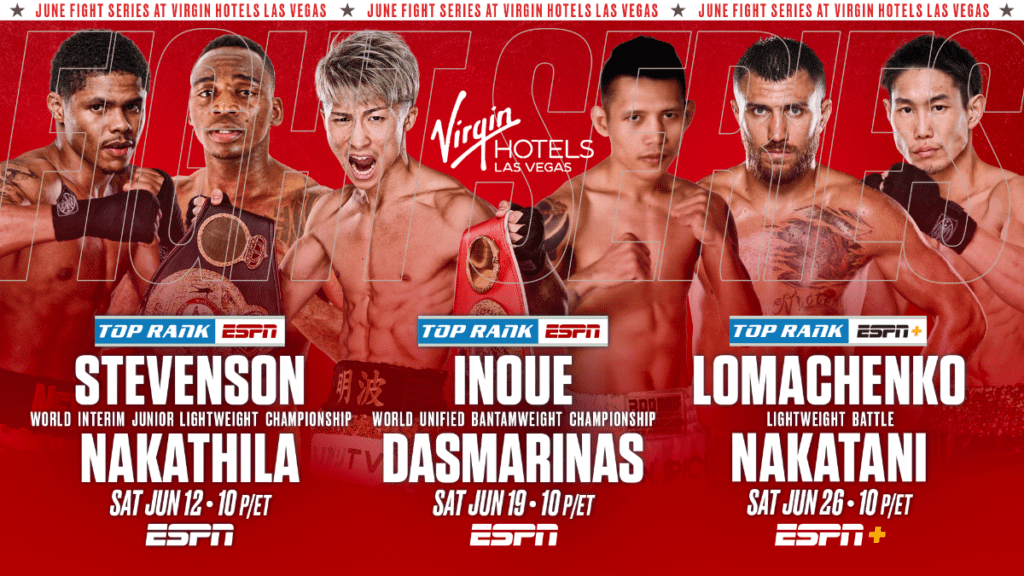 Coming in ?, the first fight held at the new @VirginHotelsLV will have four belts and significant history on the line for both men.#RamirezTaylor | MAY 22 | ESPN & ESPN+ pic.twitter.com/mUEaFvzMVt

The grand finale at Virgin Hotels Las Vegas showcases the comeback of living legend and former three-weight world champion Vasiliy Lomachenko, who seeks to get back on the winning track against Masayoshi Nakatani in the 12-round lightweight main event.

Fans will be permitted inside the venue for all four fight cards at Virgin Hotels Las Vegas. A limited number of tickets for Ramirez-Taylor, priced at $300, $200, $100 and $50, go on sale TODAY, May 5 at 12 p.m. PT, and can be purchased by visiting Etix.com. Ticket information for the final three fight cards will be announced shortly.

“Las Vegas is synonymous with world championship boxing and we are proud to bring that excitement to Virgin Hotels Las Vegas through our partnership with celebrated Top Rank, offering our resort guests and boxing fans an unforgettable experience,” remarked Gary Scott, COO of JC Hospitality, LLC, owner of Virgin Hotels Las Vegas.

“Top Rank is honored to debut boxing at the beautiful new Virgin Hotels Las Vegas with many of the sport’s biggest stars in sensational fights,” said Top Rank chairman Bob Arum. “We begin May 22 with a genuine super fight, a precursor for the great action to come in June.”