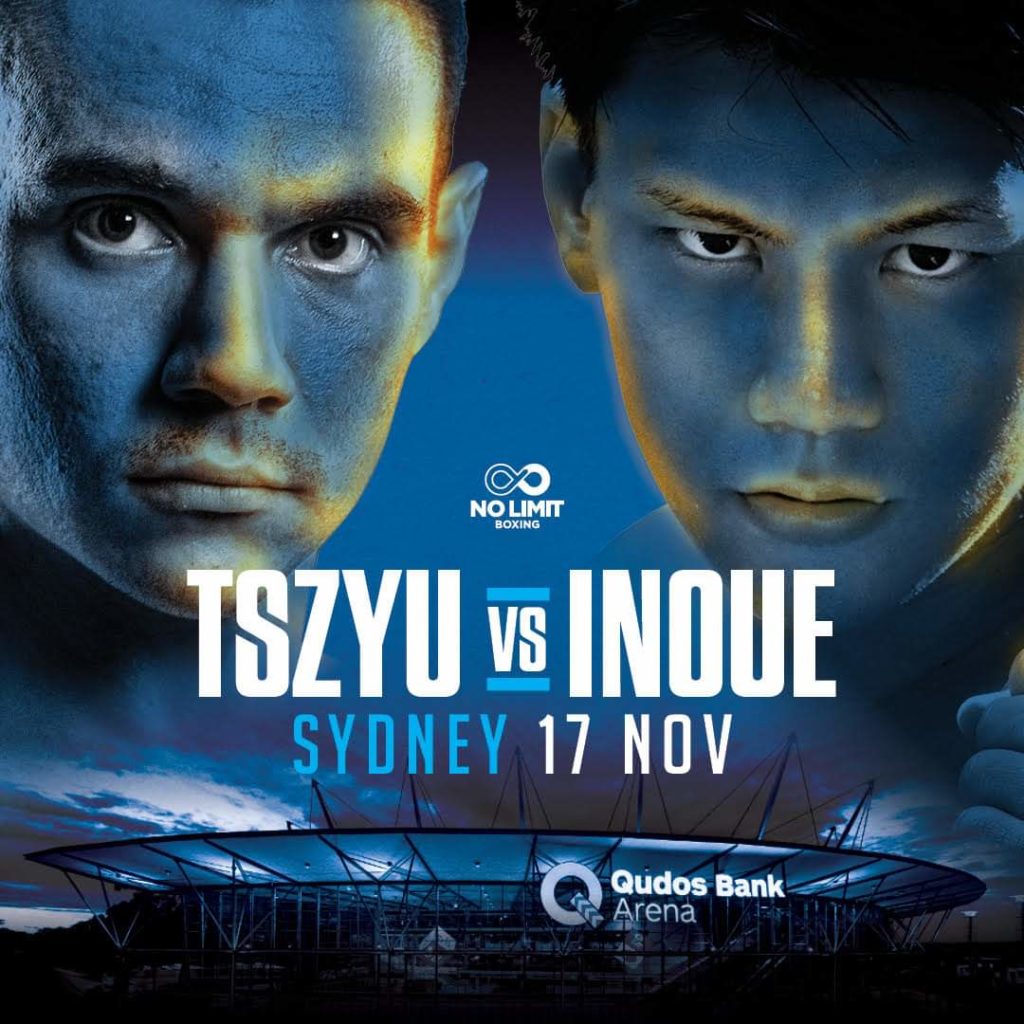 On Tuesday afternoon in Sydney, Australia, arguably the continent’s biggest boxing star, Tim Tszyu, was on the scale readying for what he hopes will be his final fight before a world title shot at 154 lbs.

Tszyu, 19-0, 15 KOs and his Wednesday opponent, Japan’s Takeshi Inoue both easily made the Junior Middleweight limit for their scheduled 10 rounder,

Tszyu, the son of Hall of Famer Kostya Tszyu, has been on a roll scoring kayo after kayo in front of huge Australian crowds over the course of the past year. He was last in action in July, when he was supposed to destroy late replacement Stevie Spark in is latest non-title bout, and Tszyu did just that. He scored a third round TKO with a couple of wicked body shots to close out the main event at the Newcastle Arena on July 7th.

The 27 year old Tszyu continues to wait for a possible title shot from WBO champ Brian Castano. However, Castano is still waiting to rematch Unified 154 lb. champ Jermell Charlo. Those two fought to a controversial draw in July in a bout that many believed Casatano won.

Soon after the Tuesday weigh-in, Tszyu posed from a promotional tweet photo inside the Qudos Bank Arena where Wednesday night’s bout will be held,

As for the 31 year old Inoue, he is 17-1-1 with the one loss coming by decision to Jaime Munguia in a challenge to for the then WBO Jr. Middleweight champ’s title in January of 2019. Inoue has won four fight since that loss, but against non-descript competition.

Tszyu is certainly facing the reality that no matter his popularity in Australia, in order to get a big time title shot against either Castano or Charlo for 2022, he may have to venture the United States to do it.

First, he has to to take care of business on Wednesday night against a tough opponent and solidify his spot at Junior Middleweight.