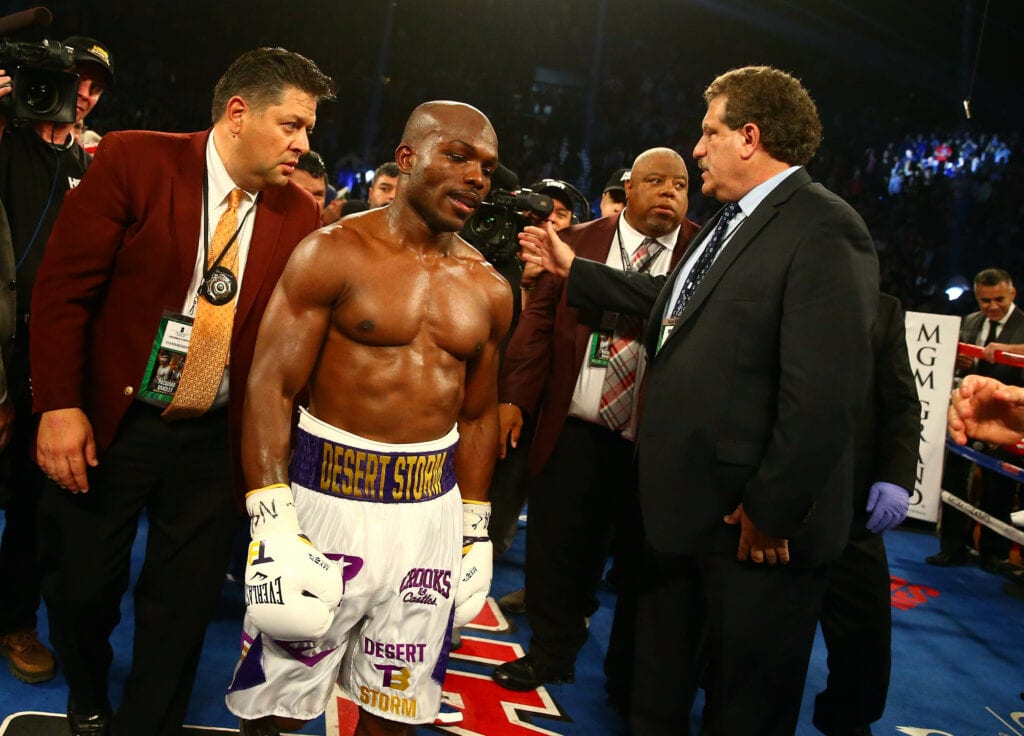 ESPN boxing analyst Tim Bradley is never one to hold back his thoughts, and he had some strong ones regarding the hopes of a matchup between Terence Crawford and Errol Spence.

Bradley spoke was Fighthype.com after the broadcast of the Jason Sosa- Lydell Rhodes card on Saturday night and said what a lot of fight fans have been saying about a potential matchup between Crawford and Spence.

“Terrence Crawford. Errol Spence. Two best guys I don’t think we’ll ever see them fight, I really don’t. It’s terrible. Bradley told Fighthype. “You know the economics of boxing that’s just the way it is I guess and it freaking sucks. I want to see these guys get it on. Stop saying you’re number one, stop saying you’re this, and you (Spence) fight Terence Crawford.”

The boxing economics to those unaware are the different boxing promotions representing each fighter that Bradley is referring to. Crawford, who is represented by Top Rank and Spence, who is represented by Premier Boxing Champions (PBC) haven’t seen eye to eye in terms of creating fights with each other. PBC has gone out of their way to make it known that they don’t acknowledge champions who carry WBO titles, Crawford carrying one of them at welterweight.

Bradley wants to know where is Spence at on this as Crawford has been out on other networks trying to see if this.would happen.

“I know Terence wants to fight but Errol ain’t saying nothing Bradley told Fighthype. Terence has been being boisterous saying ‘I want this fight.’ I want the Errol Spence fight but they not answering that phone. They don’t want to do business, so what is it?”

When asked if he felt Spence is ducking Crawford, Bradley stated point-blank, “Yeah, he ducking him. Absolutely ducking him.”

Crawford is still awaiting an opponent for his upcoming title defense, but all signs point to him taking on top contender Egidijus “Mean Machine” Kavaliauskas, while Spence has a unification bout with Shawn Porter on September 28 in Los Angeles on FOX pay-per-view. Also after that matchup, all signs for Spence do not see Crawford in the conversation for a future matchup. If Spence is victorious, he would more than like seek to take on Manny Pacquiao sometime when the Senator of the Philippines is back in action in 2020.

For the foreseeable future, this matchup to settle a lot of everyone’s pound for pound debates at welterweight is just going to have to wait until that phone is picked up.