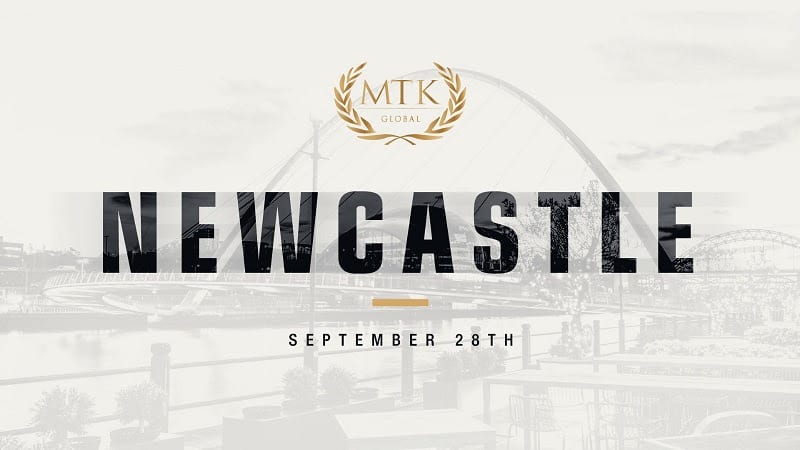 MTK Global is delighted to announce a return to the Eagles Community Arena in Newcastle for an upcoming #MTKFightNight on Saturday 28 September, live on iFL TV and on ESPN+ in the United States.

The event will feature some of the region’s best up and coming stars, including Simon Vallily, Jay Hughes, Chad Ellis, Darren Reay, Adam Gair, and Joseph Laws, with more big names to be announced at a later date.

It is the second #MTKFightNight to take place in Newcastle this year, following the huge success of the event in May, where a packed crowd witnessed Tyrone McCullagh defend his WBO European super-bantamweight title against Alvaro Rodriguez. The second time around plans to be just as exciting at the Eagles Community Arena.

Vallily (15-2-1, 6 KOs) has been in fantastic form since moving up to heavyweight, picking up back to back knockout wins over Jone Volau and Dorian Darch.

Fan-favorite Laws (6-0, 3 KOs) is on the card as well, with the ‘Benwell Bomber’ once again expected to bring plenty of passionate supporters to back him up.

Promoter Lee Eaton said in a press release: “We’re delighted to be returning to Newcastle with another #MTKFightNight. It was a fantastic show when we were here back in May, and we can’t wait to be back.

“Boxing in the North East has gone from strength to strength in recent years, and we have some brilliant local boxers on the show who we are expecting big things from.

“The fans in the North East are extremely passionate and loyal, and we’ve got no doubt that they’ll make it another incredible event to remember in September.”