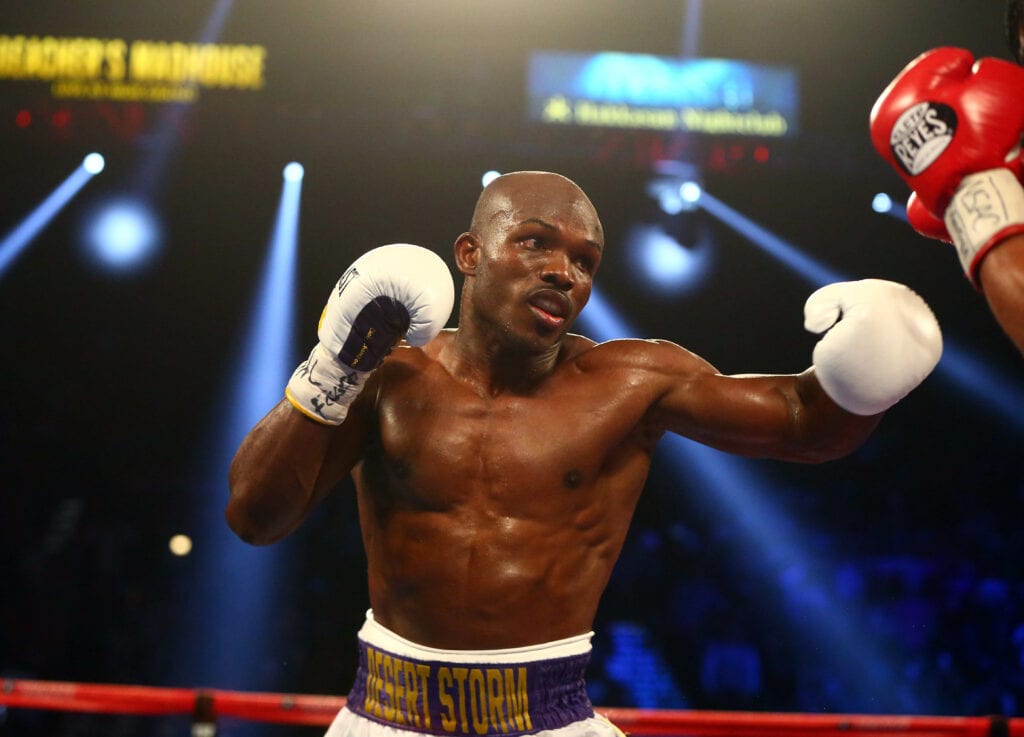 During the beginnings of the live Top Rank broadcast on ESPN of the Joe Smith Jr.- Steve Geffrard main event from the Turning Stone Resort and Casino in Verona, New York, Bradley (who was remote commentating from his home set-up) defended the promotion that made him millions as a fighter,

#TimBradley says in all the years of working for #TopRank and #BobArum he has never witnessed racism towards him. Also looks like TopRank is done with #TerenceCrawford #boxing #boxeo pic.twitter.com/fdtWMDsOpx

“I was shocked. But in all my years working with Top Rank and continue to work with Top Rank, I’ve never been mistreated in this fashion at all. Point blank, period. And I’m gonna leave it at that,” told host/play by play man, Bernardo Osuna.

As we wrote last week, Crawford is suing Arum in Clark County, Nevada court seeking damages in excess of over $5 million in money he believes that he lost when Arum didn’t fulfill getting him at least two fights a year in his contract. However, the 37-0 Crawford inflamed the situation further alleging that Arum had racial bias towards him, as motivating factor for the lack of him getting bigger PPV opponents and purses.

Hear us discussing more on the controversy on the “Big Fight Weekend Podcast” with special guest/sports legal analyst Dan Lust of the Geragos Law Firm and New York Law School by clicking below,

For his part, the 90 year old Arum fired back in a statement late last week calling the lawsuit “vile and indefensible” and vowing to fight it in court.

Meanwhile, Bradley is a former two division world champ at Jr. Welterweight and Welterweight, and he was promoted throughout the back half of his career by Arum and his organization. In that time, Bradley fought numerous headlining fights, including a trilogy of bouts with future Hall of Famer, Manny Pacquiao.

Bradley retired in 2016 and has been one of ESPN’s co-lead boxing analysts along with former Light Heavyweight world champ Andre Ward since 2017.

After the discussion at the beginning of the broadcast Saturday night, the announcers never addressed the lawsuit, again. Arum did not appear and has made no other public comment other than the statement.

The same with the disgruntled Crawford, who is now a promotional free agent.

Joe Smth Jr Dominant in TKO Title Defense
Report- Shakur Stevenson-Oscar Valdez To Fight April 30th
Advertisement
To Top
We use cookies to ensure that we give you the best experience on our website. If you continue to use this site we will assume that you are happy with it.OkPrivacy policy