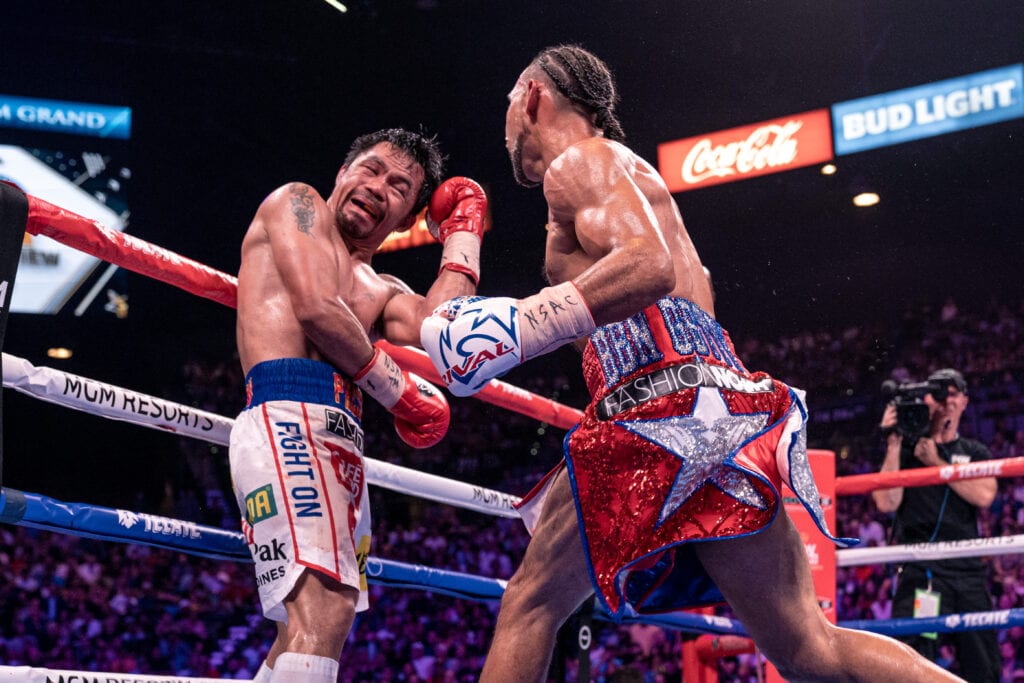 Keith Thurman had wanted 2020 to be his comeback year in the ring after losing by split-decision to Manny Pacquiao last July in Las Vegas. While he was slated to return at some point this year into the ring before the pandemic, Thurman speaking last week on Premier Boxing Champions (PBC) Timeout wasn’t digging the idea of a studio boxing show.

“There’s a reason we have arenas,” Thurman (29-1, 22 KOs) said, speaking to Ray Flores on PBC Timeout. “There’s a reason why we have spectators. There’s a reason to have people there in person. (As a) commentator, you know that it makes your job easier when you say, “We are looking forward to tonight. We have 25,000 people in attendance.” It makes the job so much easier than… “Well thank you for watching us and tuning in at home.”

Check out my #PBCTimeout interview with ring announcer @SBRFlores where I talk about how I'm handling this quarantine, possible future opponents and more. #OneTimehttps://t.co/oPe7aNwdwE

Thurman brings up a point we had mentioned about the level of competition I spoke about on the latest edition of The Big Fight Weekend Podcast. Check out my thoughts here as well as Showtime Exec Stephen Espizona below.

“It’s very awkward. Sports and entertainment have taken a hit this year,” stated Thurman. “If we’re fighting, the only thing I’d do on the boxing level—you can’t have a championship match. You just can’t fill the shoes of a real championship match. Let’s say if you want me to fight a 10-rounder against X, I think we can get some level of entertainment. I don’t think people will get to see what they want and what they deserve to see.

Thurman’s line of thought is one that should be noted as a take I had last month when the previous live Shobox card that had aired in terms of atmosphere as the pandemic stopped live sporting events. It’s also a stance that many have as nothing beats a live crowd that Thurman reflected on when he had a hometown bout against Luis Collazo back in 2015, which he won in eight rounds.

“Even when I fought Luis Collazo back in Tampa, just having my home crowd is huge, the uproar. It’s very essential, even for the spectators. It’s beautiful to go to a live event. From the performers performing and getting paid, to the spectators enjoying to the viewers at home, the networks… there’s a collective. As a collective, there’s more. You want to take away a portion of the collective and put in the same show. I don’t think it’s gonna happen,” Thurman said.

We’ll see how all of this becomes of note as some states, including Thurman’s of Florida, slowly tries to reopen. One sign of the studio boxing shows is that everyone will be speaking to World Wrestling Entertainment (WWE) as in Florida, their facility is deemed an essential business function during this pandemic for live events.  While WWE is using this time to taping more episodes during this time, this decision opened the floodgates for everyone else to try to host sporting events at the same facility as a possibility.