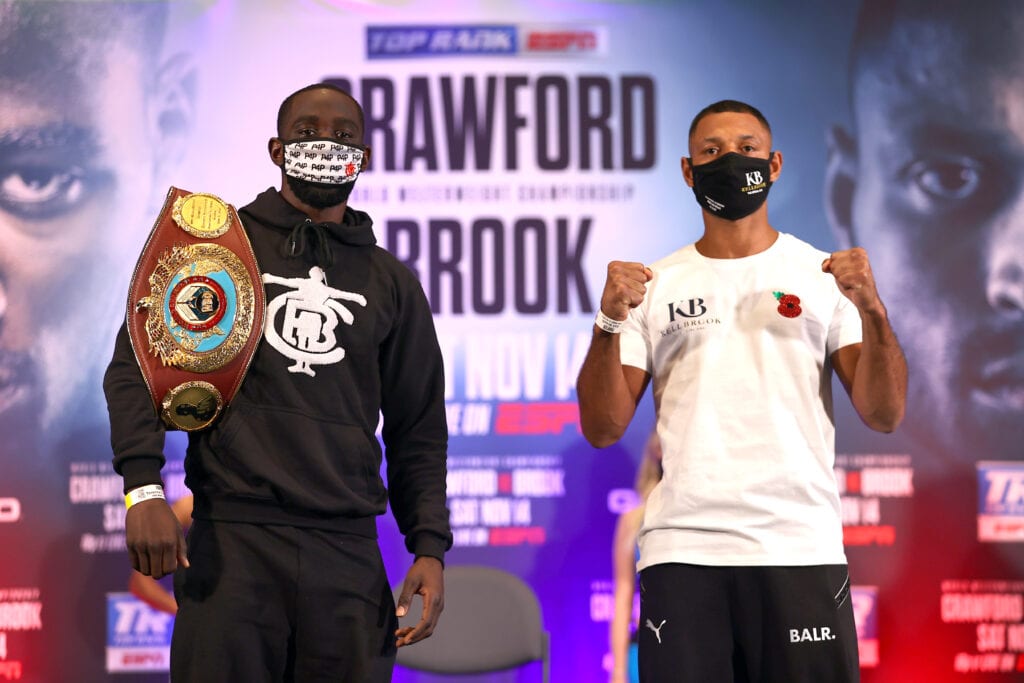 Terence Crawford is in action as he defends his WBO welterweight title against former title challenger Kell Brook this weekend and a lot more as I breakdown the three boxing things I’m looking forward to this weekend.

Check out the latest edition of The Big Fight Weekend Podcast with special guest Abraham Gonzalez as we talk about the Crawford-Brook fight and more!

Before I talk about the three things for this weekend, let me look back at last weekend’s events:

I’ll start by saying across the board, anything in the ring last week will go down as the worst slate of boxing this year, pandemic or not. Any and everything else is playing for silver.

The Return of Luis Ortiz

We saw Luis Ortiz officially making his in-ring return for 45 seconds as Alexander Flores took a shot to the body then fell afterward for the 1st round stoppage. Look for yourself as they are holding Flores’s purse due to the contest, and it looks pretty much like he took a dive.

“We’re gonna try to move it along here,” California State Athletic Commission Andy Foster said to ESPN. “We’re not gonna try to keep the guy held up. We’re not trying to take fighters’ money. … I don’t like doing this. I very rarely do. But it was a main event on Fox. We felt like there was enough reason to review it.”

See the whole fight below for yourself and see if this merited $80,000.

He didn’t, and a fraction of the boxing world is calling this a disappointment as Haney won as expected, a wide points decision. Leading up to the fight, Haney mentioned knocking him down four times. That didn’t happen and what transpired was must not see boxing as Haney retained his portion of the WBC lightweight title.

Jeremiah Milton back in action

Not much to say here as the lighting on The Impact Network broadcast was bad, but the Tulsa heavyweight prospect took care of business with a third-round stoppage win against D’Angelo Swaby.

Here are the three things that I’m looking forward to this weekend: 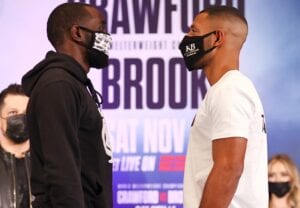 For Crawford, he has been angling for a big-time matchup at welterweight for a while now. He has had in recent memory a mandatory and this latest contest against a former champ at welterweight in Brook.  The big backstory in this one is Crawford’s last fight under the Top Rank umbrella, or will he move up to 154 after this fight. We’ll find out, but Brook, who is almost a 10 to the underdog in this fight, stands in the way Saturday night. 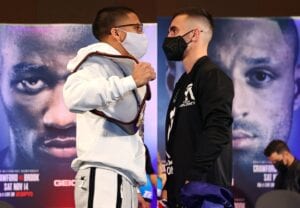 One of the highlights of “The Bubble” shows is back at it again as WBA super flyweight world champion Joshua “El Profesor” Franco will try to retain against Andrew “The Monster” Moloney. Franco won the first contest back in June by unanimous decision. Moloney has been saying that he will have a different approach to Franco this time around, and I think this fight has the makings of being the fight of the weekend in the co-main event to Crawford-Brook.

The Women’s Title Tripleheader from Wembley 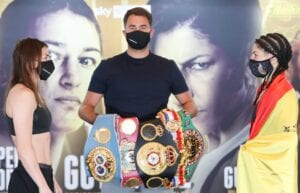 Three championship titles are up for grabs in Wembley on Saturday as familiar faces Terri Harper, Katie Taylor are in a title defense. Also, Rachel Ball is in action for the vacant Super Bantamweight title. While those three names should all cruise in this one as all three are heavily favored, this will keep these women active and more than likely ready to go against bigger names in early 2021.