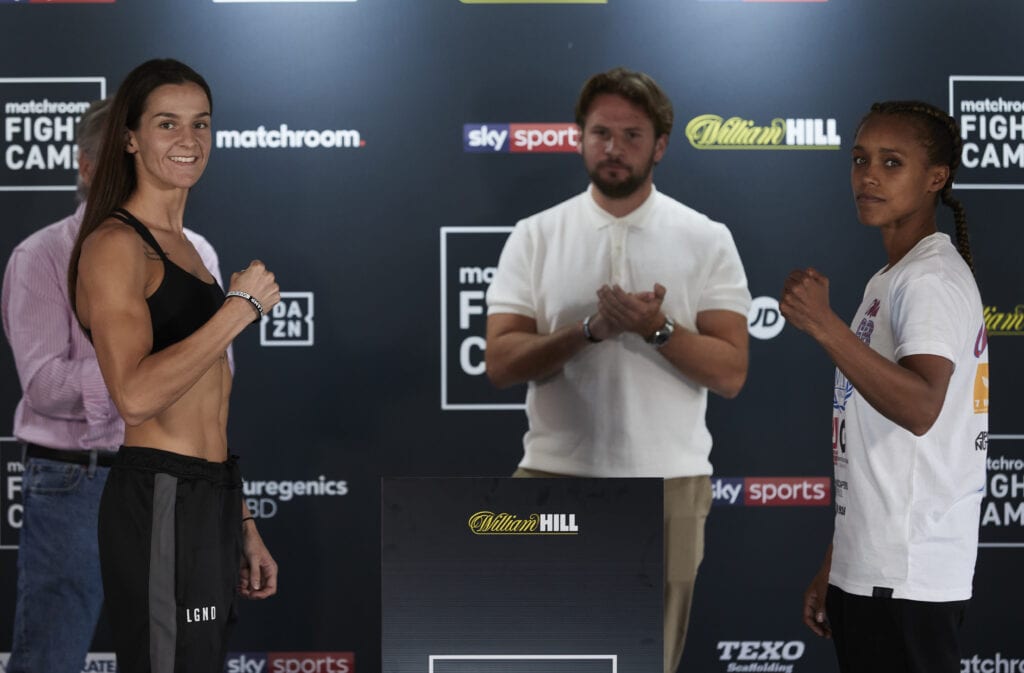 It’s been almost five months since I’ve been able to do one of these, and it feels great to get back to writing one. I welcome you back to the three things I’m looking forward to in the world boxing over the weekend.

For the past five months, the pandemic has caused a rift in what was a constant flow of boxing matches (and the world in general), pretty much limiting what shows can and can’t go on. We have shows in bubbles here in the United States, and British backyard shows this weekend to fill the boxing void and here are the things that I’m looking forward to: 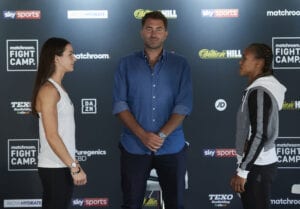 The headlining contest from “Madison Square Hearns” this Friday night in week 2 of “Fight Camp” features this women’s championship bout between WBC and IBO titleholder Terri Harper and Natasha Jonas.  The winner of this bout was supposed to take the newest Matchroom Boxing signee and WBO belt holder Ewa Brodnicka.

Those plans may be delayed as Jake Donovan of Boxingscene reported Thursday that the WBO ordered a mandatory defense against Mikaela Mayer. We’ll see how all of that shakes out down the line, but this matchup is the highlight of this card for me now that the supporting bout between Kane Baker and Aqib Fiaz was scrapped late Thursday.

Boxing can be a cruel sport sometimes… gutted for Kane Baker after the news just now ? #FightCamp #FiazBaker

Fox is back to airing boxing and the first card back on over the air television stars two welterweights in a crossroads fight for the …sigh…WBA “interim” title. Sanctioning body goofiness aside, this fight should be a dandy as this is a matchup of styles between the two.  We’ll know the layout for the rest of the FOX announced matches during the telecast that will take place at the Microsoft Theatre in Los Angeles.

James said on the international media call that “Dulorme and I have both fought really good competition. He’s fought some guys with slightly bigger names, but once we get in there Saturday, we’re going to find out who has the best skills. That’s what it’s going to come down to.

“I think James’ style is going to make this a great fight. He likes to stand there and throw a lot of punches. It’s possible that he’s changed up his style, and we’ll be ready for anything he brings, but I think that it’s going to be a very entertaining fight,” Dulorme said on the call as well.

This fight could play out much like James’s last contest against Antonio DeMarco, which low-key should be everyone’s Top 10 fights from 2019 or not. I think it will and should be fun Saturday night.

The 22-year-old prospect from Cuba is the co-main event on Saturday night and has a chance in his third professional bout to capture…another interim WBA  title contest? Whatever on that part, again, but Morrell is a decorated amateur background and is coming off the dismantling of Quentin Rankin, stopping him in the second round last November.  He takes on Lennox Allen, who has a quick right up close and is undefeated. Allen, however, has not seen the likes of Morrell competition-wise in the ring, so we’ll see if he can be able to keep him at bay or become another piece of the highlight reel for Morrell.