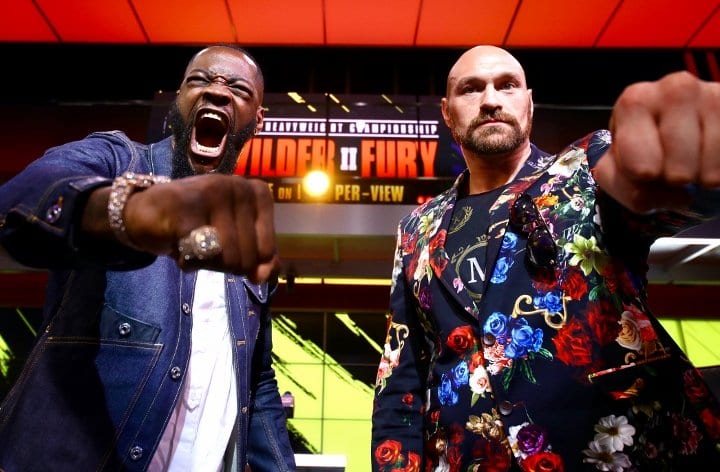 We have been waiting since December 2018 for Deontay Wilder and Tyson Fury to pick up where they left off, and that will take place this Saturday in Las Vegas. That, of course, will be the focus, but there is plenty to look out for this weekend, in this week’s three boxing things that I’m looking for.

Listen to the latest Big Fight Weekend Podcast breaking down the rematch between Deontay Wilder and Tyson Fury!

Before I look into the historic pay-per-view this Saturday, let me look back at what I was looking forward to last week:

Jerrico Walton was in action on the Friday Shobox card stemming from Philadephia, and “Hands of Stone” had his first professional loss by unanimous decision against fellow undefeated prospect Montana Love. Tough loss for him in a fight that was close as the scorecards reflected, but Love was able to land cleaner shots, which was the theme of the night.

How many rounds can Vincent Feignbutz last with Caleb Plant? Feignbutz for ten rounds was on the receiving end of Caleb Plant combinations and shots until referee Malik Waleed had seen enough and waved it over for the safety and mercy of him. Those ten rounds were four more than I expected he’d hang in there with Plant.

Ryan Garcia stole the weekend in the eyes of many (except mine because I’m THAT guy) with a highlight-reel knockout of Francisco Fonseca in the first round of his main event on Valentine’s Day. That quick work gave him back to back knockout victories in the first round for him and will set up an exciting matchup against Jorge Linares, who won in knockout fashion in the co-main event.

Here are the three things I’m looking forward to this weekend: 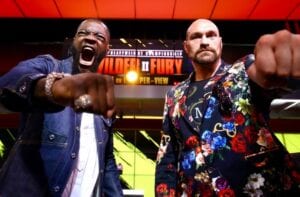 How big is this rematch for these two heavyweights? Two networks jointly promote it on pay-per-view in what is the biggest bout in the sports easily since Mayweather-Pacquiao. What happens in the ring will also dictate who is the best heavyweight in the world. Unless we get another draw… 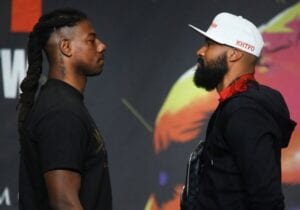 Anytime the “Lebron James of Boxing” Charles Martin is in action, I’m all for it. Martin takes on Gerald Washington in an IBF title eliminator bout of all things. I’ve gone out on a limb and think that this bout which will co-headline the Wilder-Fury 2 card will steal the show in what will be a classic slugfest. I’m also in the minority on this take l as I know a lot in boxing social circles who are thinking otherwise. If anything, someone in this bout is getting knocked out and not getting up from it. 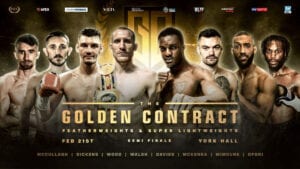 Lost in the sauce of the Wilder-Fury promotion is the Golden Contract tournament semifinals that are airing on ESPN+ in the States and Sky Sports in the UK Friday.

The featherweight semifinals will feature Ryan Walsh against Tyrone McCullagh and Leigh Wood defending his WBO European title versus former world title challenger James “Jazza” Dickens. The winner in each weight class will be given a huge promotional push, and these four bouts should provide more excitement now that the field is getting smaller.