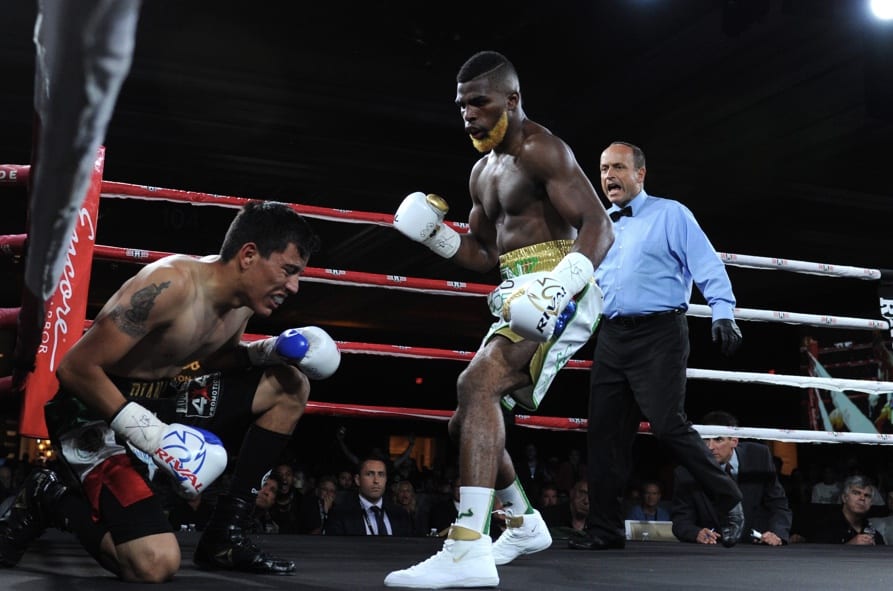 A new week and a new slate of three boxing things I’m looking forward to this week for the weekend of January 17th and 18th to keep an eye on.

Last week when I did this, I had three things I wanted to look for. A quick recap of those three things are as follows:

Jesse Hart vs. Joe Smith Jr. – Had I known Hart had a broken hand going into this one, I would’ve picked something else. Smith jr. cruised to an easy split decision.
Jaron “Boots” Ennis-  Ennis dismantled Bakhtiyar Eyubov in four rounds and was all the buzz as an up and coming welterweight prospect. “Boots” didn’t disappoint.
How will Spike O’Sullivan fare taking on Jamie Munguia? – He lost but made it a game effort against Jamie Munguia in his debut at 160.

Listen to the latest Big Fight Weekend Podcast on this weekend’s bouts below.

On to this weekend’s events: 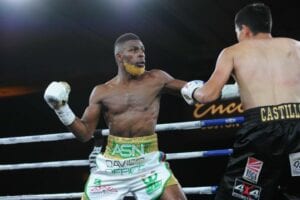 Photo Credit: Emily HaneyNova is an undefeated 130-pound prospect (17-0, 13 KOs) that is appearing on the undercard of this weekend’s Top Rank Card. A recent signee to the Top Rank stable will be shown on the streaming service ESPN+ starting at 7 p.m. from Verona, New York. Nova is taking on Pedro Navarrete, who went 0-2 in 2019 after a 3-year hiatus. This bout for eight rounds, which Nova didn’t in 2019, piling up three knockouts. Expect one from him Saturday night. 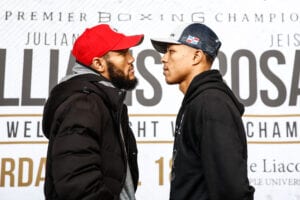 Stephanie Trapp/PBCThe main event on Fox Saturday night starting at 8 p.m. will feature a unified champion at 154 in Julian Williams having a homecoming bout against Jeison Rosario. Williams heading into this bout is a complete 180 in this one as he is a considerable favorite to retain the title as opposed last go around where he was the underdog against Jarret Hurd.

“I’m thankful to be in this position to bring my titles back to my city, but I’m not thinking about it or letting it distract me from Rosario I’m locked in on fight night and having my hand raised,” Williams said at the final press conference Thursday. All signs point to that as well. 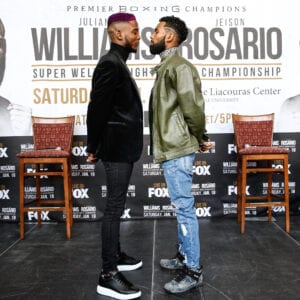 The co-main event on FOX for Julian Williams features the undefeated prospect Chris “Primetime Colbert” for the Interim WBA Super Featherweight title against former champion Jezreel Corrales. Corrales is coming off a close split decision loss where a point deduction in the last round cost him the fight against Ladarius Miller back last July. Going to be the toughest test for Colbert as he is coming off a first-round highlight knockout over Miguel Beltran Jr. back in September.

Colbert said at the press conference Thursday, “I bring the style and the flair, and you’ll see it all on Saturday. I’m going to be put on a great performance and become WBA champion. That’s the plan.”We’ll see if that plan works out for him against Corrales, who has pulled off upsets in the past.